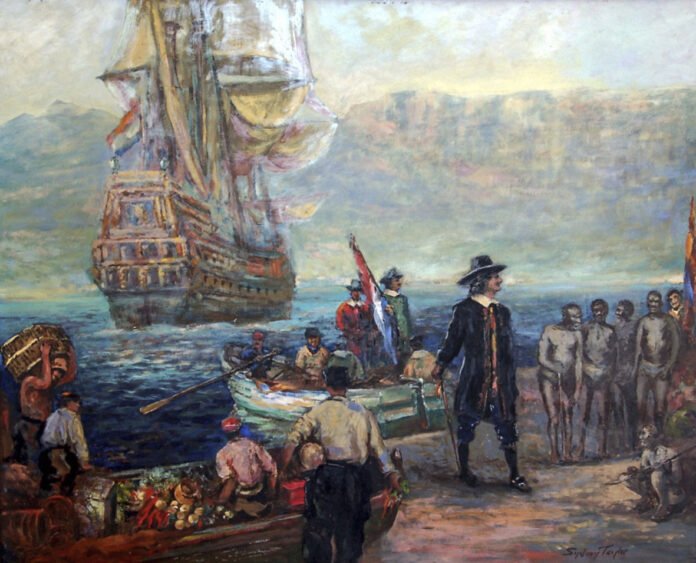 Like many of my fellow South Africans, I was neither shocked or surprised by the previous evening’s announcement by the head of state that the state of national disaster was being lifted.

After all, President Cyril Ramaphosa had already indicated that the rule by edict that kicked off on 15 March 2020 was all over bar the paperwork in his previous televised address, so the formal announcement was welcome.

It looks like one more family meeting and we’re pretty much done with living under disaster regulations.

Not as long as the disaster that started when Jan van Riebeeck stopped to pick up water in Cape Town this week 370 years ago (on 6 April 1652) — we’re still dealing with that one today — but a somewhat extended 21 days nonetheless.

One minute, Jan’s all meneering and assebliefing, asking nicely for water and some veggies to keep him and the crew going till they reach wherever it was they were off to pillage; the next, we’ve got centuries of colonialsm and land theft, apartheid and the Bantustan system.

Thanks Jan, but you really should have done your shopping and jogged on — or never dropped achor in the first place — and saved this part of the planet a whole lot of misery, murder and plunder; sailed away and invaded sombeody else, or even better, kept going until you hit an iceberg; done us all a favour.

Imagine if Jan had just kept going, leaving the southern tip of the African continent in peace, and drank rum instead of water until he found somebody else’s future to ruin, or just stayed at home and planted tulips or made cheese instead.

Imagine that the Dromedaris and the Goode Hoop sank in Table Bay, and Jan and the boys were eaten by great white sharks, all blood and ringlets in the water, rather than making it to shore and behaving like them.

Then again, if Jan had ended up in a watery grave, there would have been no need for my old man, Gerald, to come here to build strike craft and Ratels for Jan’s descendants — or for me to tag along as future cannon fodder to defend their ill-gotten gains.

I’d probably never have made it out of Belfast, and would have ended up at the Harland & Wolff shipyard along with my cousins, Young Martin and Jim, or on the dole like my cousin George, or in Long Kesh, like my cousin Billy, or a combination of the three.

What’s left of our current state of national disaster is 30 more days of indoor masking; 50 percent occupancy in pubs, clubs and churches and a final ribbon cutting of sorts on the new post pandemic health regulations and we’re done.

Half capacity at the football stadium is something which, if the pre-Covid-19 attendance figures at the majority of Premier Soccer League (PSL) games were anything to go by, would be welcomed by the league’s bosses as something of a payday.

The last PSL game I went to could have been taking place under lockdown regulations — it wasn’t, but there were way more security guards and cleaners than paying punters, which may explain the silence of the team owners for the past two years.

The football bosses have probably made more money out of football during the lockdown than they were making before it.

There wasn’t much in the way of gate takings before the lockdown — Soweto derbies excluded — so keeping the stadiums closed must have made economic sense for the majority of team owners.

Television revenue has chugged along nicely — having a literally captive audience will do that — along with shirt sales, while the cleaning bills have been way lower and there’s been no paying security staff to watch over empty stands for a full two years.

Not a bad business model, especially if the agenda is business, and not football, or the people who watch it.

Perhaps two years of being deprived of the right to go and watch the football in the flesh will bring back the punters who had never set foot in the stands before Covid-19 started just because they now can.

South Africans are generally a perverse lot — the best way to get us to do something is to tell us not to do it — perhaps it will work out that way.