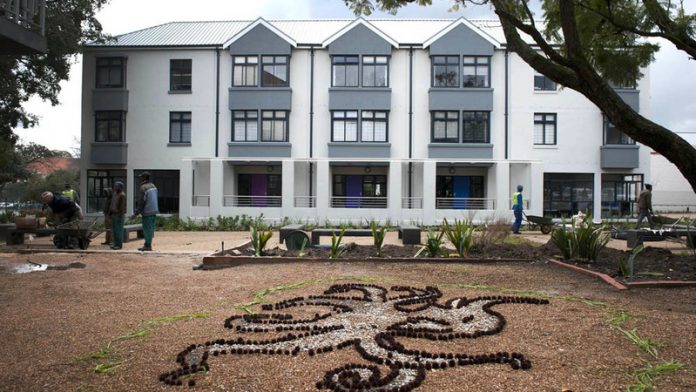 Almost every detail of that night stands with clarity in my memory. It must have been  2003, in a small coastal town called Richards Bay, that my cousin and I became aware of the fact that we were black. Not that we had not seen ourselves in the mirror and realised this before, nor that we had not watched TV and saw people who looked and spoke a language different to our own.

In fact, we had, many times before, through shows we had seen on channels like Nickelodeon and sometimes through movies. But none of that had ever felt enough for us to begin to explore the comparative nature of different races. Actually, it had never occurred to us at all to be conscious of the concept of race until that particular night. Because that night, not only did we become aware that we were in fact black, but we also became aware of another cruel element to it; the perceived inferiority that was associated with the colour of our skin.

The ocean breeze coldly blew as we childishly ran on the tarmac road kicking a soccer ball. It must have been 8pm or so, when a white van unsteadily drove towards us. Inside the van was a group of white boys, drunk and singing some songs one had only heard during rugby matches. They began screaming a number of things in our direction that sounded more or less like curses, but obviously our grasp of the English/Afrikaans languages was limited at the time so all we could hear were the words “k***ir” and “die” in between their vocal hostilities.

Even though we could not understand all the words, we could feel and see their rage, in their unfriendly gestures and in their angry looking white faces. It was not until one of them, precariously standing at the back of the van, took out his humble “manhood”, pointed it directly at us and began to urinate while his colleagues were laughing in the background that my cousin and I truly began to feel frightened.

Lacking in response, we stood and watched in relief as the car disappeared around the corner of the road. On our walk back home both of us silent, the sound of the urine against the tarmac resounded in my cold ears. The odd thing about this experience was that I had always understood urine to belong to an unpleasant environment called a toilet.

I had always been attacked by my mother if she had found me urinating in any other place other than the toilet. In other words, we must have been greatly unpleasant in that boy’s eyes for him to find it funny to urinate at us. And even as we viewed the world from a feeble, childish perspective, his source of contempt became glaringly obvious to us. The only justifiable reason for his behaviour towards us was the fact that we were black and he was white.

It is many years since then. With the benefit of exposure one can view the world with a much clearer perspective today. Historically, it seems, racism has been an irritating bug at the ear of South Africa since the first interaction between black and white people. Put in another way, it has been racism more than any other “ism” that has divided South African society for hundreds of years. But ironically, conversations about race, God knows why, are the most taboo and most avoided in this country.

Instead, we only find the need to talk about racism whenever a racist act has occurred as if racism itself were a seasonal event. Furthermore, each time a black person speaks openly about race it is mistaken for a confrontation. Perhaps black people themselves are not socialised to be confrontational towards whites. They seem to have a natural acceptance of white transgression; as Frank B Wilderson observed that the history of black people has been more about ubuntu and not enough critique.

Perhaps there is a general fear to spark this important conversation because it has the potential to offend the white population and undermine our fantasy of a rainbow nation. But one wonders, though, if it truly is a rainbow nation given that it appears to be sustained by a persistent domination of one race by the other? if indeed the foundation on which our democracy is built is not a shaky one?

In his collection of essays, The Fire Next Time (1963), American writer and protest essayist James Baldwin had this to say: “You were born where you were born and faced the future that you faced because you were black and for no other reason. The limit of your ambitions were, thus, expected to be set forever. You were born into a society which spelled out with brutal clarity that you were a worthless human being. You were not expected to aspire for excellence; you were expected to make peace with mediocrity”

Baldwin’s thoughts are particularly resonant today as one grapples with the recent incident that has taken place at the Stellenbosch University, where Theuns du Toit, a white student broke into the room of Babalo Ndwayana, a black student, and wantonly urinated on his personal belongings. Of course, it seems that the white student had committed all his energies on ensuring that he becomes the face of racism in 2022.

However, his actions cannot be viewed in isolation, or perhaps as a sporadic incident as though he emerges from some place in a far-off land, or some culture that generally approves of his unspeakable actions.

He is a microcosm of a bigger societal problem of racism and unequal power dynamics that exist in South Africa today. The brutality of his actions, or their symbolic significance therefore, are but a reminder to Babalo that, as Baldwin argues, he is a worthless human being. And that his worthlessness is not a product of any particular fault of his own, but it is a product of the fact of his blackness.

The white student from Stellenbosch, just like the group of white students from the University of Free State who demanded that black workers drink their urine some years ago, just like the boy from the van, is fully aware that the currency of his white skin gives him the power to get away with his terrible behaviour without any real consequences.

It is only natural that when confronted about his performance of this gratuitous act, his simple response was “It’s a white boy thing”. Indeed, this cannot be understood as a random comment from a drunk student. This is but an expression that emanates from his understanding of his real place in the world; that is to say his sense of superiority over the black student is informed by his understanding of the structural privilege at the disposal of white people. In this way, it is structurally implausible to imagine that white people will ever resist the urge to urinate over blacks without any decisive tampering with the unequal power dynamics that exist between the respective races in South Africa.

“Those who have wronged must be ready to make amends they can. They must be ready to make restitution and reparation. If I have stolen your pen, I can’t really be contrite when I say ‘please forgive me’ if at the same time I keep your pen. If I am truly repentant, then I will demonstrate this genuine repentance by returning your pen. Then reconciliation, which is always costly, will happen” — Archbishop Desmond Tutu