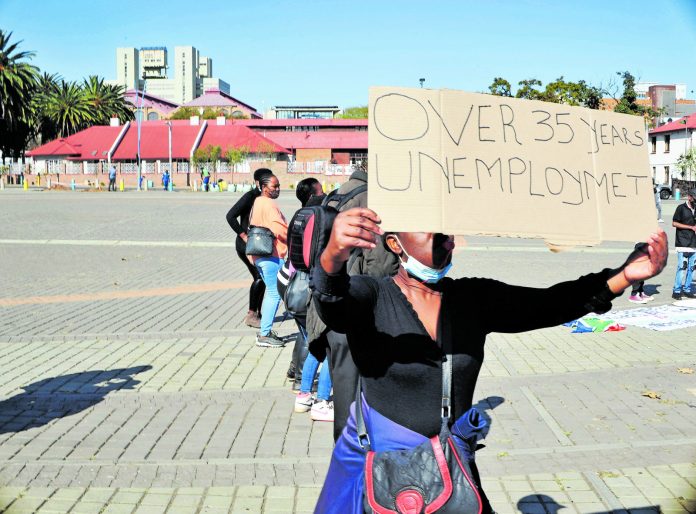 South Africa has one of the highest, if not the highest, unemployment rates in the world at 46.72%, consisting of 7.921 million unemployed and 4.832 million discouraged from a potential workforce of 27.297 million.

But it need not and should not be so.

The mass unemployment results from artificial legislative barriers to entry into the labour market. Remove the legislation and regulations that are the root cause of the inability of jobseekers to access jobs and the mass unemployment will steadily disappear like mist in the wind.

They will tell you that they persuaded parliament to introduce the minimum wage law to force the employers of low wage workers to pay them a national minimum wage.

This minimum is applicable across the entire country no matter whether employers and prospective employers can afford higher wages, and no matter what challenges face them in their businesses and daily lives. It is also despite the general disparity in employer incomes and wages between city, country, and geographical areas.

They will also proudly tell you that they persuaded the government to increase the protection of people with jobs and make it more difficult and costly for employers to terminate employment agreements.

What is never mentioned is that strict labour laws act as harsh barriers to entry into the labour market.

The 12.753 million unemployed people in South Africa are prevented from working because they cannot discuss, let alone cut voluntary deals, with potential employers.

The high rate of unemployment tells you that few employers are prepared to “buck the system” by agreeing to employ people who offer to work for less than the minimum wage, or to work under conditions of employment banned by the labour laws.

The millions of unemployed South Africans have discovered that the right to price their own labour and agree to the conditions of employment that they would accept, are not theirs to decide.

Despite warnings from economists and employer organisations that the introduction of such supposedly caring and worker-beneficial measures would have devastating consequences for low paid workers, young, old, and otherwise disadvantaged people, parliament approved and continues to support such strict measures despite the clearly harshly negative consequences for the rapidly increasing number of unemployed people in the country.

Consequences of the adoption of inappropriate laws

The labour regulations have had increasingly negative consequences for unemployed people.

Talking about ending involuntary unemployment in the country may sound impossible but with the replacement of harmful policies with sound freedom-oriented policies, based on an ethos of “freedom to work” leaving decision-making in the hands of work seekers, unemployment reductions will rapidly follow.

As an example of seeking a solution to the unemployment problem that would give long term unemployed South Africans access to the labour market, the Langeberg Unemployed Forum (LUF)  — supported by the Free Market Foundation — has adopted the Job Seekers Exemption Certificate (JSEC) which provides a way to do so without needing to repeal any existing labour legislation.

In other words, a win-win solution that gives the unemployed access to the labour market without tampering with the rights of people who already have jobs.

The LUF has lobbied the government to implement this proposal to dramatically reduce unemployment in the country. Unfortunately, their appeals have fallen on deaf ears.

Not only are the regulations and legislation that have been introduced harmful, but they conflict with provisions in the Bill of Rights.

Three years ago, the LUF lodged a 21-page complaint document with the South African Human Rights Commission (SAHRC) detailing the extent to which parliament had adopted unconstitutional legislation and regulations that are harmful to the interests of unemployed South Africans.

In the interests of South Africa’s 12.753 million unemployed, a policy revision by the SAHRC is crucial. Under the circumstances the unemployed people in South Africa would be justified in crying out, “Eli, Eli, lama sabachthani (“My God, my God, why hast Thou forsaken me?)

Eustace Davie is a director of the Free Market Foundation and author of Unchain the Child. The views expressed in the article are the author’s.

Eustace Davie
Eustace Davie is a director of the Free Market Foundation and author of Unchain the Child. The views expressed in the article are the author’s and not necessarily shared by the members of the foundation
Facebook
Twitter
WhatsApp
Linkedin

DRC: To restore security, address impunity for rights violations in the east 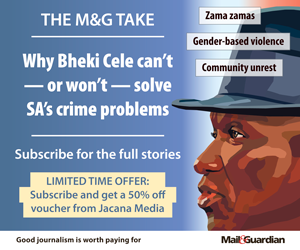