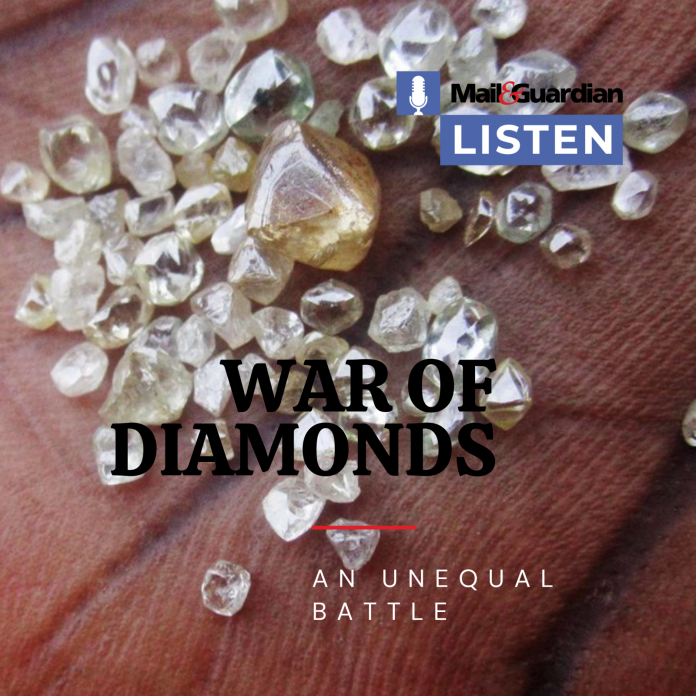 Along the West Coast a deadly battle is raging. Fuelled by poverty, corruption and organised crime, the war is, at its core, a fight for diamonds, or what some people refer to as the cursed stone.

In June, two illegal miners died after fighting with each other and security companies. Yet, hundreds of miners continue mining diamonds, hoping to find the next valuable stone.

In this podcast, we introduce you to the voices of illegal miners in the Northern Cape. The podcast is part of a four-part series of articles about the recent influx of illegal diamond miners in that province. You can find a link to the articles in the podcast here.

This podcast will introduce illegal miners who are in constant battles with the government to obtain legal mining permits. We also speak to government officials – who told Mail & Guardian they will not respond to any questions.

In this four-part series, mining in the Northern Cape is explored largely through the lens of informal miners whose efforts to obtain legal mining permits have been futile. They are not among the informal miners who work for syndicates who are not trying to get mining permits. The series hopes to bring forward the voices of the people of Namaqualand, a place often forgotten by many.

Subscribe to Mail & Guardian for just R510 for the first year. That’s just R42.50 a month, and you can cancel anytime.

PODCAST | The Mail & Guardian team breaks down the...