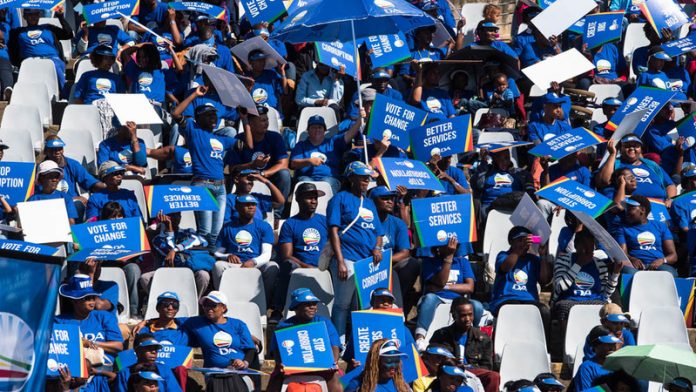 Two eThekwini municipality councillors and its chief whip in the KwaZulu-Natal legislature will contest the leadership of the Democratic Alliance in the province when it holds its elective congress at the end of the month. eThekwini caucus chairperson Nicole Graham and her deputy, Emmanuel Mhlongo, will both stand to be party leader.

Francois Rodgers, the chief whip in the provincial legislature, will also contest the position. Current KwaZulu-Natal leader Zwakhele Mncwango, who was a close ally of former DA national leader Mmusi Maimane, will not stand for a second term.

The congress was meant to take place last month, but had to be delayed to allow 65 of the party’s 229 branches to be relaunched.

The DA provincial leadership had requested that the branches, mainly in rural parts of the province, be relaunched, because the party’s electronic voting system had not been used when they were launched initially. The party’s federal executive agreed and the branches were relaunched, with the last being certified two weeks ago.

The congress will be held in a hybrid format to allow delegates to attend either in person or online.

Rodgers, 59, the current DA KwaZulu-Natal provincial chairperson, is a party veteran who started his career as the party’s lone councillor in the Kokstad municipality in rural northwestern KwaZulu-Natal.

The serving chief whip in the legislature is, according to a number of party members, the most likely of the three candidates to replace Mncwango, who was elected as leader in 2018.

Rodgers, who previously served as deputy DA leader in KwaZulu-Natal, believes the party is in a “unique” position in the province, one of only two in which it bucked the national trend and grew its slice of the provincial vote in the 2019 elections.

The party has also grown significantly in rural communities in which it previously had little or no presence, a path that Rodgers said it would continue to follow in the province.

“I started off as a ‘lone ranger’ councillor at Kokstad. Based in a rural constituency, I didn’t see the party moving into the areas beyond eThekwini and Msunduzi. My interest is in trying to grow the demographic of the party in areas other than the urban centres,” he said.

“You cannot parachute into a rural community before the elections with pamphlets and think this will convince people. You have to build your structures, engage with the community over time, assist them. That is the formula that works,” he said.

If Graham, the DA’s highly vocal eThekwini caucus chair and exco representative, wins the race to be leader, she will, at 31, be the party’s youngest provincial leader. Graham has been a DA member since the age of 17 and has served as a ward and proportional representation councillor in eThekwini since 2011.

Graham said she believes the set of skills and the experience she has gained in eThekwini, where she leads a 61-member contingent of DA councillors, make her a suitable candidate for party provincial leader.

“I’ve stayed in local government for the time I have, when a lot of people would have moved on, as I have been motivated by balancing what would suit my skills best and what would be of most benefit to the party, the people who vote for it and the people we serve,” Graham said.

“We have built up a formidable team here. We are the only metro where the DA grew in 2019, under very tough conditions.”

Mhlongo, 46, who is the DA’s eThekwini deputy caucus leader, has served nine years in council and 10 with the party.

A key figure in driving the DA’s growth in the north Durban townships, Bulwer-born Mhlongo ran a series of successful businesses before moving into full-time politics.

He said the harsh poverty of his upbringing in the rural KwaZulu-Natal Midlands — and the failure of the ANC government to eradicate this poverty — was his main motivation for joining the DA.

“This government till today has not resolved the problem of poverty which we grew up with. I believe that by taking the government head-on, we can ensure that they do work to change the lives of people.”

Mhlongo said his combination of organisational skills, experience and his ability to draw new voters to the DA made him a strong candidate for provincial leader.

Like Rodgers, Mhlongo believes growing the DA in black communities will continue to see it take votes from the ANC in the province in this year’s local government elections.

Mhlongo’s efforts in north Durban saw it take wards 51, 58 and 106 from the ANC, which had held them for several terms. “We also grew in ward 39,” Mhlongo said.

EOH allegedly inflated prices of Microsoft licences, which could have been bought by the defence department for a third of the cost
Health

Medical aid is becoming more of a luxury for many South Africans, and it’s not about to get any better

Activist group lauds Nedbank for best climate commitment by an...

South Africa to continue with J&J vaccine as cabinet lifts...

Cabinet has lifted the suspension on its Sisonke vaccination programme after calling a halt due to health concerns. But reviewed data has now led to a recommendation that the programme continues
National