The Democratic Alliance (DA) is set to announce its mayoral candidates with many eyes set on who will become its number one choice for the City of Cape Town.

Sources inside the DA say that MP and finance spokesperson Geordin Hill-Lewis will likely take the position ahead of the incumbent, Dan Plato.

Party insiders told the Mail & Guardian that discussions have also been centred around Plato taking over the previous position of former MEC for human settlement and Western Cape provincial leader Bonginkosi Madikizela as a member of Western Cape premier Alan Winde’s executive committee as a way to “appease him”.

When asked for comment, Plato said he had no intention of moving to provincial parliament at this stage. He added that he is a disciplined member of the DA and “will serve at the behest of the party in whichever role the party requires of him, now or in the future”.

Hill-Lewis has been the favoured choice for the dominant faction in the party. The young MP is an ally of party leader John Steenhuisen and federal council chair Helen Zille.

He was once Zille’s chief of staff before taking the same position in Mmusi Maimane’s administration. Hill-Lewis was also part of the powerful clique of party leaders opposed to Maimane’s leadership before his watershed exit.

The party’s selection panel in charge of picking a mayoral candidate was reconstituted by the federal legal commission last month, after some members of the provincial executive committee disputed the way the selection panel was chosen.

The federal executive members are selected from a pool of elected members. DA spokesperson Siviwe Gwarube previously told the M&G that the selection panel is not hand-picked but rather chosen according to the dates of the selection processes and the corresponding availability of the members.

Speaking to the M&G, Zille said the party would be more rigorous in ensuring due process, adding that they had introduced an ombudsman system to advise the selection panel. However, Zille did not confirm if the party would make an announcement this weekend, saying only that the party may announce mayoral candidates in clusters

Hill-Lewis became the front runner when Madikizela resigned from the race following a scandal over his qualifications.

Hill-Lewis said he felt positive about his chances adding that the response of the caucus and the public had been resounding.

“A lot of people say they do really need fresh thinking and a new energy in Cape Town to be more ambitious for the city and more inclusive. I do think the response has been positive,” Hill-Lewis told the M&G.

On the DA’s chances in this year’s local elections, he said that his party is the only one that runs a competent government in South Africa.

“That is our strongest selling point and it’s undeniably true. I am still confident that people who care about the health and wellbeing of their communities will back the DA because they know that whatever noise is out there in the world, this is about running competent local government and we are the only party that can do that.”

Two party insiders have also told the M&G that Madikizela is debating whether he should resign from his position in the legislature. Madikizela could not be reached for comment.

“He has been an MEC for 10 years so if he stays as an ordinary member in the legislature, he loses all the pension benefits that he has accrued as an MEC member. You would rather leave with the package of the highest position rather than go down to an ordinary member,” one party insider said. 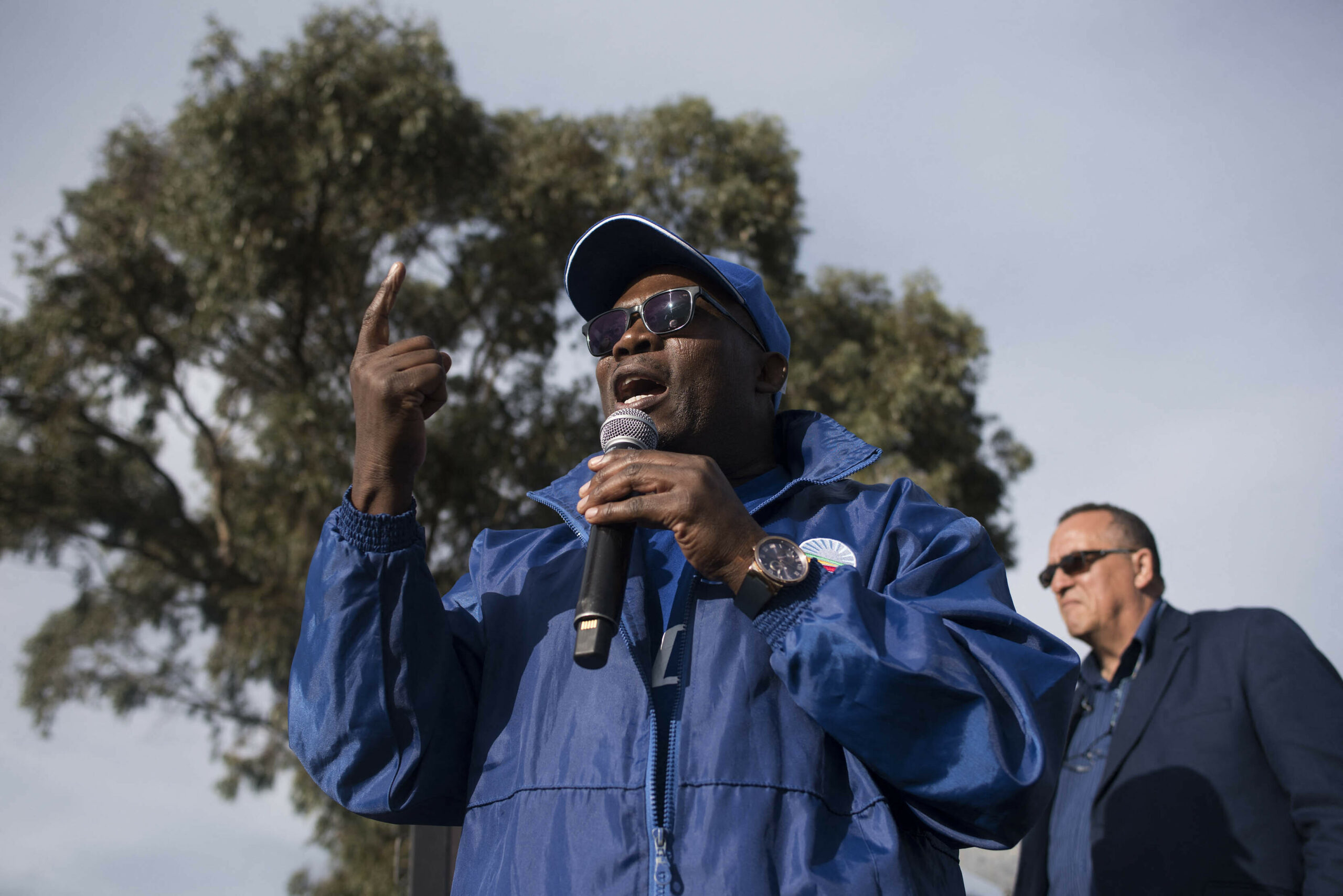 The party insider added that they thought Madikizela’s political career was “dead and gone” in the DA.

He was suspended and subsequently resigned as Western Cape transport MEC and party leader after a report by the Daily Maverick pointed to inaccuracies in his qualification.

Madikizela has called the report on his qualification part of a political plot to discredit him and sabotage his campaign to become Cape Town’s mayor.

“The idea of having someone they can’t control or look after their interests terrified them. This is what I go through every time I contest for a position in the party or in government. I will humble myself, allow the process to unfold and accept the punishment which I hope will fit the crime,” he said on social media.

The M&G had previously reported how Madikizela had lost favour with the dominant faction in the DA.

Several DA leaders told the M&G that Madikizela had been promised the position of Cape Town mayor if he would not stand against Steenhuisen for the position of interim party leader.

Madikizela’s chances of becoming the mayor were weakened when Hill-Lewis announced that he would run for mayor.

In Nelson Mandela Bay, the DA has made huge strides in rebuilding its image with the help of the incumbent mayor Nqaba Bhanga, who is favoured by Zille and who ran uncontested for the reelection as the party’s mayoral candidate.

Two applicants were screened for the City of Tshwane mayoral race including the incumbent Randall Williams and corporate and shared services MMC Sylvester Phokoje.

“Phakoje does have the credentials and can be a good candidate that we put out to the people of Tshwane but Williams is not going to lose. The selection panel will have to take into account that he has been mayor for a short time and he needs space to execute his work. It’s a no brainer,” one federal executive member told the M&G.

The DA reclaimed the City of Tshwane and elected Williams as its mayor following a bruising battle with its once ally the Economic Freedom Fighters in October last year. Williams was chosen as the party’s mayoral candidate over the then acting mayor Abel Tau who later joined Herman Mashaba’s ActionSA.

In Johannesburg, the party will announce Leah Knott as its mayoral candidate, the two party insiders said. Knott is going up against Mpho Phalatse, a former member of the mayoral council during Mashaba’s administration in Johannesburg.

Knott was chosen as the party’s mayoral candidate and caucus leader shortly after Funzi Ngobeni left the party to join ActionSA in 2019.