Duarte claps back at Ace in court

As his high court challenge to his suspension approaches — along with his disciplinary hearing for violating its terms —  ANC secretary general Ace Magashule appears to have wound his neck in to avoid further charges.

Magashule, who was suspended for refusing to step aside over his corruption trial, toed the line in his address to Jacob Zuma’s supporters after the former president appeared on corruption charges in the Pietermaritzburg high court on 26 May.

Magashule, who turned out along with other Zuma allies, including former North West chairperson and premier Supra Mahumapelo, restricted himself to thanking the crowd of several thousand outside the court and continuing to declare his support for Zuma.

This was a far cry from his address on 17 May, in which he slammed the party leaders and threatened to mobilise the Free State in support of Zuma, in defiance of his suspension, which bans him from addressing meetings and discussing the matter in public. 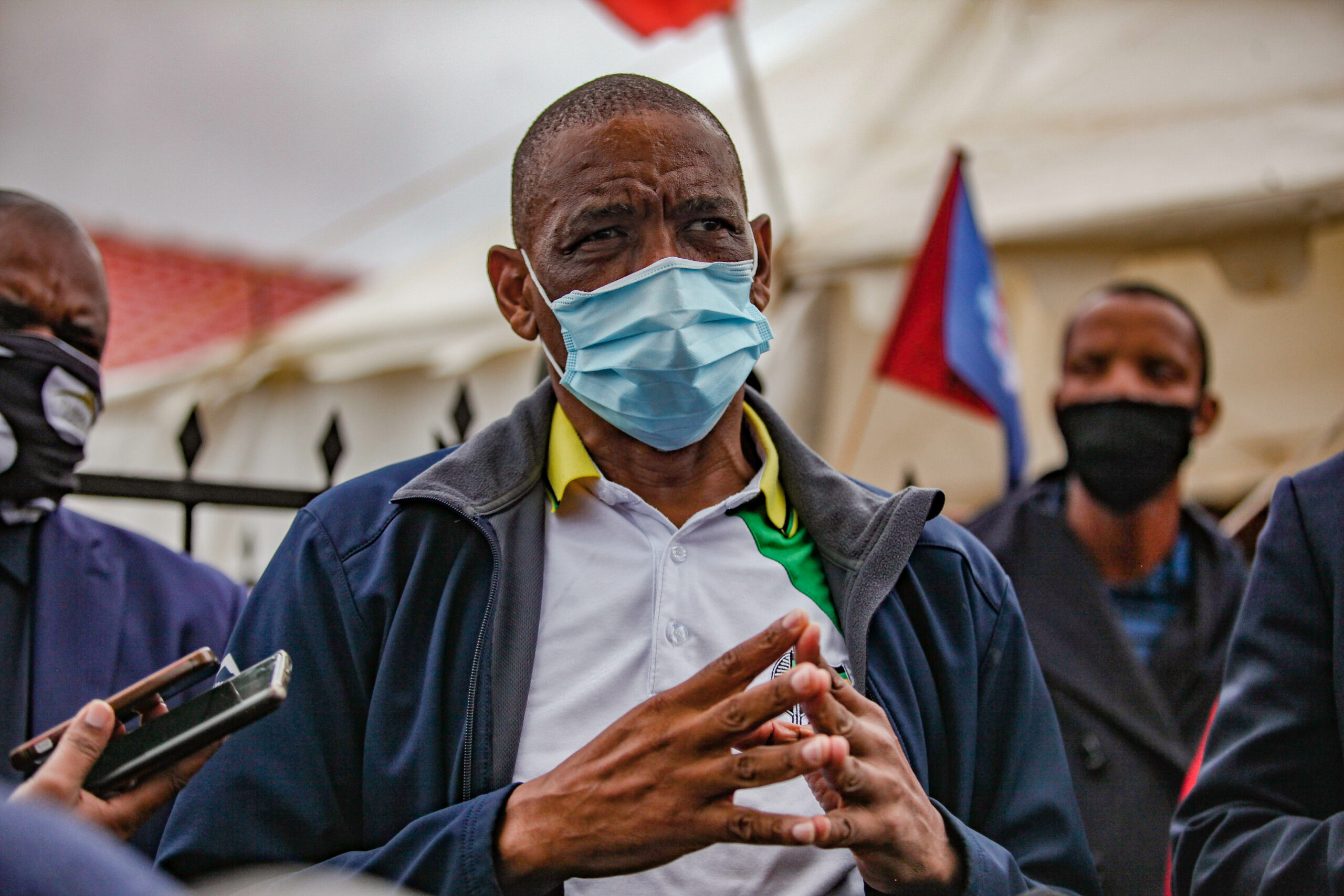 Magashule also refused to engage the media at the court, telling them to “be patient” and wait for the ANC to wrap up its own internal processes dealing with the matter.

On Tuesday, ANC deputy secretary general Jessie Duarte confirmed that the NWC had instructed its chief presenter — the ANC’s internal prosecutor — to “look into these breaches of discipline and to investigate charges in line with the ANC constitution and code of conduct”.

The day before, Duarte had filed an affidavit with the Johannesburg high court in response to Magashule’s application for an urgent hearing in his legal challenge, asking the court to set it aside with costs. The matter will be heard on 1 June.

In her affidavit, Duarte trashed Magashule’s claims that the step-aside regulations, formulated to “protect” the party’s reputation from being damaged by association with corruption-charged leaders, were being implemented selectively to forward a factional agenda.

Duarte said Magashule was challenging regulations he had helped draft simply because they no longer suited his “personal position”, and that any urgency in the matter was “self-created” as he had failed to raise any objections during the multi-year process of drafting the regulations.

Magashule had claimed that he was the victim of a purge of supporters of Cooperative Governance Minister Nkosazana Dlamini-Zuma.

Dlamini-Zuma unsuccessfully contested the ANC presidency in December 2017 on a radical economic transformation ticket, but lost to Cyril Ramaphosa.

Magashule was the faction’s successful candidate for secretary general.

Magashule also challenged the legality of rule 25 of the ANC constitution, in terms of which the step-aside guidelines were developed, and has argued Duarte did not have the powers to issue his letter of suspension on 3 May.

Duarte accused Magashule of misleading the court about internal ANC processes, saying he had not exhausted internal channels before seeking legal intervention.

Magashule had not appealed.

“It is clear that the applicant’s claim that he had exhausted the ANC process … was to justify his going to court,” she said. “This is an attempt by the applicant to justify approaching the court to set aside decisions, rules and resolutions that he has been a part of for many years.”

“The applicant  has supported the implementation of the decisions, rules and resolutions that he now challenges. He does so because they no longer suit his personal position.”

Duarte said Magashule’s claims he was targeted for being part of a faction led by Dlamini-Zuma were false.

Dlamini-Zuma, Duarte said, did not lead any ANC faction after the 2017 conference. Since the outcome of the Nasrec elective meeting, she had supported Ramaphosa and the rest of the newly elected leadership and continued to do so in the party and in government.

Duarte said the party’s rule 25 made it “fundamentally inimical to the very foundation of the ANC constitution that a member of its senior leadership should refuse to submit to the discipline of the democratic decisions of the ANC and indeed attack its leadership in a manner that will sow division”.

Duarte said rule 25 was not a disciplinary or punitive regulation, but rather one aimed at protecting the integrity of the ANC. The party, she said, wanted people in positions of power to be “beyond reproach”.

“They should not  remain in office when indicted for criminal offences, which casts aspersion on their integrity and by implication that of the ANC,” she said.

The party did not want people to “cling to power” and was carrying out the suspensions in the best interests of the party.

Duarte said the charges against Magashule, stemming from the R255-million Free State asbestos scandal, were “not frivolous”, as he had suggested.

“If they are true, the applicant would clearly be unfit to hold office in the ANC,” Duarte said.