If we co-operate, we’ll produce our own vaccines and diagnostics 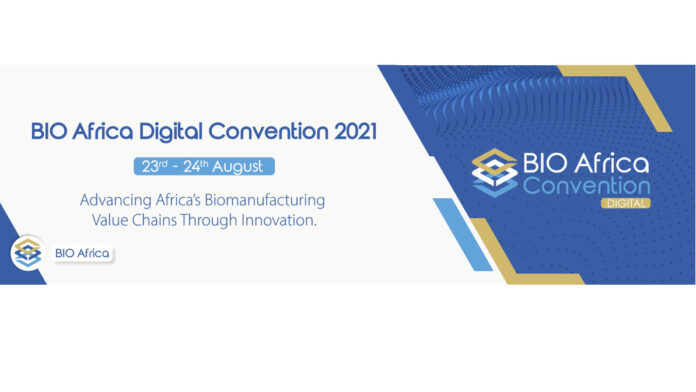 The 2020 BIO Africa Convention occurred within the context of the global solidarity movement against racism.  The global response then, including taking “the knee” was unanimous, similar to that witnessed against apartheid in previous decades. Other forms of discrimination, such as gender, sexual orientation and religion were also highlighted. As aptly stated by author Toni Morrison: “The social construct of race can be a red herring to keep the oppressed busy, while the elites continue about their business.”  The Covid-19 pandemic has led to unprecedented collaboration in the global scientific community. It is truly a hinge event, which, amid the tragedy that it has become, offers humanity an opportunity to rethink certain accepted “truths”.  Our own country needs to examine the way the dominance of certain voices are in fact an impediment to scientific and innovation progress.

The pandemic has starkly highlighted the class divide as the global South was left behind in the vaccinations rollout.  Even developing countries such as India with massive capabilities in vaccine manufacturing cannot fulfil their domestic needs, simply because at some point in the recent past the US invoked the Defence Production Act, which restricts exports of critical supplies during times of crisis.  The DPA is not unreasonable because every nation state must first look after its own citizens.  While vaccines are the main topic, in the beginning the diagnostics required to manage the pandemic became unavailable.  South Africa, and the continent in general, were left without critical supplies to manage the pandemic.

The question is: are we so backward as a country that we cannot even develop molecular diagnostics and vaccines, given our much-vaunted scientific expertise? It is a matter of record that Cuba, which is poor, has developed a working vaccine, and India boasts several vaccines (candidates and approved).  A colleague recently stated glibly that, “unfortunately, top South African scientists are merely reviewers of international cutting-edge research”.  The point is that unless our research community starts setting a research agenda that benefits our own continent, we’re on a losing wicket.   How can it be that Oxford University, equivalent to our own in many respects, has managed to produce two viable Covid-19 vaccines?

Whilst the US is the world’s factory of high-value goods for innovative products, most modern and innovative products are an assembly of different parts, usually from several regions.  As a case in point, the mobile phones manufactured by Apple have parts from at least six countries.  Innovative medical products such as diagnostics and vaccines follow a similar script, albeit mostly localised.  There is a need to evaluate our innovation models relative to global value chains.  There is no rational reason why there has not been a successful molecular diagnostic product developed and manufactured locally.  South Africa remains one of the biggest markets for molecular diagnostics because of the government’s progressive HIV treatment programmes.

At the 2020 BIO Africa Convention, it was mentioned that the successful testing programme that helped contain the first Covid-19 wave was built on the back of platforms established for the HIV epidemic. Secondly, one of the most spectacular transactions in biotechnology innovation in the past decade was the sale of locally developed IP to the German multinational, Roche Diagnostics, by a government-funded innovation start-up.  Roche dominates the market here and elsewhere in the continent.

On a positive note, the pandemic has illuminated exciting local innovations in diagnostics as young biotechpreneurs responded.  Start-up Cape Bio is on the cusp of entering the market with a locally developed diagnostic kit for Covid-19.  A notable fact about their work is that it was licensed by the CSIR, a pillar of local scientific and innovation excellence. Several countries on the continent came up with innovations to deal with shortages in diagnostics.  One was by a consortium including Rwanda, Senegal and South Africa that developed advanced algorithms for pooling samples to make do with limited reagents, which were approved by the US Food and Drug Agency.

Covid-19 is spurring a new type of global solidarity movement akin to last year’s against racism.  The global scientific community has been collaborating more than ever to address the challenge faced by humanity. However, distribution of benefits has followed the same old patterns, hence “vaccine nationalism”. The question that begs asking is how our country and the continent can pivot their scientific and innovation capabilities to prepare for the next pandemic, as it surely will come? How do we reduce the concentration risk in our innovation system to allow multiple players to participate meaningfully? Dialogues about redrawing the boundaries and language of innovation are urgently needed. This would set a new appropriate agenda that is inclusive of all parties and ensures that resource allocation is done efficiently and equitably.  When that dialogue is conducted honestly, and with multiple voices, then producing our own vaccines and diagnostics will become a reality.
— Dr Nhlanhla Msomi is the President of AfricaBio

Protect your wealth in a volatile market

The power of connectivity: Enabling participation in a digital economy

The president is expected to provide an update on lockdown regulations

Extortion rackets are part of a corrupt system that includes religious leaders, councillors, police and syndicates

After spending more than 40 years in a life of gangsterism, Ralph Haricombe’s life changed after his son asked him to change his life