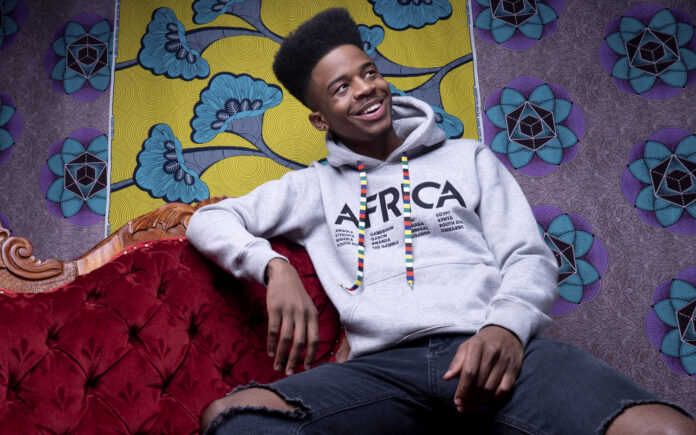 Life can lead you to places you never expected. The first step turns into a journey of years, one that develops and evolves beyond one’s wildest dreams. Munashe Kugarakuripi, better known as Kooldrink, is just such a story. Starting as a student obsessed with Skrillex, the musician and audio-wizard is now an in-demand artist who has a BET Award to his name.

His story began almost a decade ago, when Kooldrink was still in primary school. Grade seven is a tumultuous time for most, a moment for personal growth and trepidation before jumping into the deep end that is high school life. His girlfriend, then the head girl at his school, had recently left him, filling the young man with teenage heartbreak. Skrillex was a massive influence on the young artist, who now sports a tattoo of the notorious DJ, leading him to try his hand at the production of EDM and house music. By grade eight, still only 13, Kooldrink had already made a name for himself, becoming a resident DJ on 5FM. By 16, he was playing the main stage at under-18 festivals, but it wasn’t until he made the decision to focus exclusively on his music that things began to really take off.

A chance introduction to a director and artist manager, Garth von Glehn or @topshotta, landed Kooldrink a job as an audio engineer for Sho Madjozi. This collaboration led to him working on the internationally-acclaimed song John Cena, which swiftly went viral. As a member of the team that made the song, Kooldrink received the BET Award that cemented him as a genuine up-and-coming talent. This entire process took barely any time at all. “I spoke to him [Garth] on a Monday. By that Wednesday I was moving into the house,” said Kooldrink.

His successes didn’t stop there. The song Getting Late, a collaboration between singer Tyla and Kooldrink, is arguably the greatest achievement of this young musician’s career so far, garnering global attention and millions of plays on YouTube and other platforms. Kooldrink attributes the popularity of the song to the unique sound it pushes forward, which he describes as pop-piano. “I wanted to approach amapiano and find a way to make it more palatable to an international audience,” he told us, “but I wanted the sound to be authentic. I ended up taking my early EDM influences and applying those, resulting in the unique sound we captured.”

His dedication to sharing African music styles in a way that didn’t reduce them is evident in the work. The goal wasn’t to dilute the sonic style but to sand down its edges and get it closer to something listeners around the world would recognise as uniquely African despite being more traditionally composed by Western standards.

Since the release of the song, there’s been a burgeoning interest in the pop-piano style Kooldrink has pioneered, especially in the United Kingdom, where more artists are looking to incorporate African sounds. In fact, when Ed Sheeran’s manager played Getting Late to the singer, he’s reported to have immediately said, “I want to make something that sounds like this.”

Not long after, Sheeran’s team reached out to Kooldrink to remix a then-unreleased song by the name of Bad Habits. The process was secretive, with two people from the record label flying down to Johannesburg to play the song only twice for Kooldrink. With little to go on and no real sense of when the release would be, he was anxious. That tightrope between success and imposter syndrome grew ever more taut as the days passed. Then, Bad Habits was released. Kooldrink received an email: “You have 14 days to remix this song.” He went to work,  and two weeks later the remix premiered on local and international radio stations, further proving the genuine talent possessed by the young musician.

Things are still looking up. Kooldrink is signed to Sony’s Epic Records and, although he can’t say too much, he promises that more collaborations are coming out soon. We’ll all have to wait and see how the artist impresses us yet again. — James Nash

Stories of Democracy, Freedom and Human Rights, as told by ordinary Chinese citizens

Minister Fikile Mbalula says motorists’ behaviour will change with disincentives for ‘unbecoming conduct’, but Outa and AA say the legislation was carelessly drafted