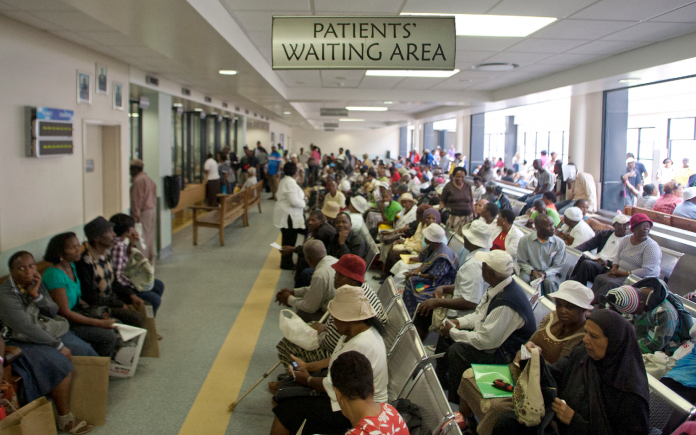 The need for health reform in South Africa has never been more pressing. After more than two devastating years of being ravaged by Covid-19, continuing revelations of corruption and mismanagement in the public sector and escalating costs within the private sector, the need for reform has never been more evident. Despite the acknowledgements of this by public health experts and leaders, and the growing demands of healthcare users, the pathway to reform has faltered.

The debate on health reform in South Africa has been ongoing for more than a decade, with the government pursuing National Health Insurance (NHI) as a remedy for the increasing inequities within the health system. While supported by some, the government’s focus on NHI has brought it into conflict with other stakeholders, who have argued that it distracts from the many other issues facing the health system. At the same time, the private sector has come under increased scrutiny following the Health Market Inquiry, which exposed over-servicing and massive inefficiency in the private sector, with little change emerging from the inquiry’s findings.

It is in this context that SECTION27 and Concentric Alliance (CA) have undertaken research into health reform in South Africa, gathering diverse perspectives from a range of stakeholders. The findings are summarised in the report Health Reform: Perspectives and Proposals. The research, which included interviews with representatives from various health system building blocks and public policy makers, including national and provincial departments of health, health regulators, medical schemes, public and private healthcare workers, trade unions, private hospital groups, public health academia, health rights-focussed civil society, the pharmaceutical industry and government, revealed  some surprising responses and unexpected agreements between stakeholders.

“The inequities of South Africa’s health system are well known. The constitutional right to access healthcare is not a reality for many. This research is important because it identifies pragmatic opportunities for meaningful reforms beyond rhetoric and empty promises,” says Sasha Stevenson, Head of SECTION27’s Health Programme.

A critical finding of the report is that all stakeholders believe the foundation of a health system is the right of all people living in South Africa to access quality healthcare services. Importantly, there is wide acknowledgement that for people to enjoy this right, reform of the existing system is critical. Frequently, commitment to this constitutional principle has been questioned and is an important foundation on which any future discussion on reform can take place.

Participants in the research demonstrate cross-sectoral support for the improvement of governance and accountability in the public sector, and for expanded infrastructure and greater investment in training and support of health workers. Furthermore, participants acknowledged the urgent need for the reform of regulations for the private sector, including private health insurance, hospitals and pricing.

Importantly, many stakeholders felt it was necessary to focus on strengthening health outcomes and to create mechanisms that could harness the excess capacity of the private sector. These areas of agreement give us the opportunity to start health system reform on a foundation of consensus and create an opportunity to build the trust that is sorely lacking between stakeholders.

While there are some areas of agreement, the research also laid bare the many conflicts that exist within the debates on health system reform. The government’s position on private health insurers in the NHI Bill is untenable for the private sector, and civil society remains deeply concerned about the lack of transparency and public participation in the current Bill. These positions have severely undermined trust between stakeholders, and Covid-19 has only exacerbated suspicions between parties.

Furthermore, government departments appear to be misaligned on appropriate health reform measures. A severely constrained fiscus has brought the National Department of Health into conflict with National Treasury over the NHI, and provincial departments are concerned about potential restriction of their budgets and powers.

Despite the gridlock in health reform and the mistrust that exists between various sectors in the health system, it seems that many believe there is a need for stakeholders to come together to move health reform forward. While some remain sceptical, many more participants believe that South Africa has the resources and the expertise to find a pathway to reform that will achieve equitable access to healthcare.

SECTION27 and Concentric Alliance believe that it is possible to bring stakeholders together to reform the health system. This relies on good faith deliberation between all parties and a willingness to seek solutions collaboratively, rather than fixating on the conflicts which currently divide them.

SECTION27 and Concentric Alliance recommend that immediate action be taken on those areas where there is already agreement between the parties. These immediately realisable steps can serve as the basis for building trust and launching more complex consensus seeking for the well-reported areas where there is disagreement. The organisations believe this report’s recommendations provide paths for the reform of a health system in pressing need of change; and that there is room to move the process beyond rhetoric and hostile debates, and into concrete steps towards health reform that can better serve the health needs of all people in South Africa.

SECTION27 and Concentric Alliance will bring health stakeholders together for the launch of this research in a webinar discussion on 20 June 2022. A panel discussion, including Ayanda Ntsalabua, Sibongile Tshabalala, and Professor Ashraf Coovadia, will be facilitated by SECTION27 Executive Director, Umunyana Rugege. You can register to join the conversation about how to move health reform forward meaningfully here.

Shannon Bernhardt is a Programme Director at Concentric Alliance. Concentric Alliance is an Africa-based conflict resolution and development practice. SECTION27 is a public interest law centre that seeks to achieve substantive equality and social justice in South Africa.

In contrast to developments elsewhere in the world, Melilla has not been mentioned by the South African commentariat, political formations and civil society.

Muslims from around the world have packed the streets of Islam's holiest city ahead of the biggest hajj pilgrimage since the coronavirus pandemic began.