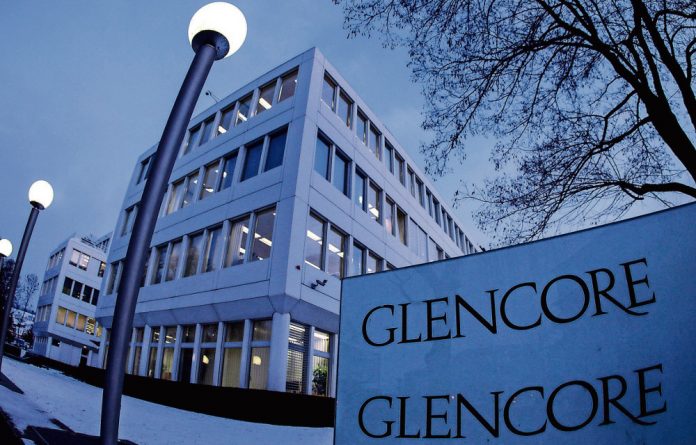 Last month, Glencore, a multinational mining and commodity company, pleaded guilty to long-standing charges of systematic bribery, corruption and market manipulation to authorities in the United States, Brazil and Britain.

Glencore was subsequently fined $1.2-billion for these offences. Although this is the right step towards attaining some level of accountability in these countries, it leads to the question: where does it leave mining jurisdictions in Africa?

The earliest reports on Glencore covered a bribery scandal in the Democratic Republic of the Congo (DRC) involving the controversial businessman Dan Gertler, who bribed Congolese officials on behalf of Glencore to secure mining

contracts with the government in 2008.

In its West African operations, particularly in Nigeria, Cameroon, Côte d’Ivoire and Equatorial Guinea, Glencore is reported to have paid about $79.6-million to intermediary companies to secure improper advantages to obtain and retain contracts with state-owned entities between 2007 and 2018, as indicated by the United States justice department.

The bribes were concealed by entering into questionable consulting agreements, paying inflated invoices and using intermediary companies to make corrupt payments to officials. For instance, in Nigeria, Glencore and its subsidiaries paid more than $52-million to intermediaries with the intention that the funds be used to bribe Nigerian officials.

The US public statement highlights that much of the bribery and corruption took place in Africa. But little to no intervention has been initiated by the several African governments to investigate these matters in their respective countries.

Limitations inhibiting African governments from doing so vary from country to country.

The African Energy Chamber has called for African governments to investigate Glencore’s dealings in their operations and examine the cases at a local level. It has also excluded Glencore from the African Energy Week in October 2022. But it remains unclear what the consequences for Glencore’s executive team will be and what African governments will do to prevent this in the future.

The US justice department confirmed that Glencore’s executive team took part in or approved the schemes. To conceal these schemes, Glencore traders would use codewords such as “chocolates” for bribe payments with no attempt to hide the corrupt practices.

Where sufficient evidence is given, criminal prosecution should follow — that is how executive teams involved should be held accountable.

The timeline graphic above illustrates the significance of misconduct by Glencore over the past two decades in some of the mining jurisdictions in which they have operated.

The extractives industry is, at least in principle, governed by global and local codes, and standards such as the Extractives Industries Transparency Initiative (EITI). These are established primarily to improve and promote transparency in the extractives industries and to prevent revenues being diverted for unproductive purposes and not being properly accounted for.

The expectations delineated for EITI-supporting companies include making comprehensive disclosures in accordance with the EITI Standard in all EITI-implementing countries where the company and its controlled subsidiaries operate. Another expectation is that supporting companies would publicly disclose taxes and payments to governments at a project level in line with the EITI Standard.

Where “disclosure is not feasible”, the requirement is to have country-specific legal or practical barriers to disclosure publicly explained. EITI implementing countries that have been implicated in the Glencore bribery case include the DRC, Nigeria and Cameroon.

This raises questions about how credibly EITI-supporting companies and implementing countries are assessed if such levels of bribery and corruption practices pervaded the respective countries for more than two decades.

Furthermore, the EITI reporting process could be strengthened to equip the EITI secretariat to assess the dealings of supporting companies in implementing countries.

Glencore’s corrupt practices, along with the countries willing to be corrupted by bribery, have been inconsistent with the EITI Principles and thereby undermined the EITI Standard.

Although the EITI board has released a statement condemning Glencore’s misconduct, it has not outlined real consequences for the company as a supporting member. This points to two of the key problems with the EITI process.

One is its inability to prevent corruption effectively.

The second is its insufficient capacity to work with implementing countries to investigate reported revenue discrepancies highlighted in country-level reports.

But the statement calls for Glencore to actively participate in the EITI Commodity Trading Group to ensure that lessons can be learnt and measures identified that can prevent such practices from happening again.

Finally, the US justice department indicated that Glencore will be scrutinised by an independent monitor over the next three years as part of the overall deal. This is a critical step that needs to be tracked and adhered to rigorously.

Further to this, the assigned independent monitor will need to be transparent regarding the findings. Where there are discrepancies, serious remediation steps must be taken. This will foster a step toward better governance and create the conditions for real accountability to take root.

It is important to develop and continue to strengthen mining codes such as the EITI to create standards that promote transparency that leads to effective accountability mechanisms.

The Glencore case has shown that corrupt corporate culture and misconduct has been tolerable for many years because it does not apparently break any laws. Independent monitoring agencies supporting the work of regulatory bodies will be crucial for keeping corporates such as Glencore in check.

For good governance to prevail, incentives for compliance need to

be developed alongside credible deterrents for noncompliance. More importantly, willingness from corporate leadership teams and

governments to curb bribery and corruption will be critical for attaining better governance in the industry.

It has to become increasingly evident that taking social responsibility and good governance seriously — by at least avoiding behaviours that entrench and normalise corruption — is ultimately good for business.

Busisipho Siyobi is the lead researcher in the Natural Resource Governance Programme at Good Governance Africa.

Information is collected in wealthy countries and nine out of 10 people in low- and middle-income countries can’t get safe, affordable and timely surgery

Inform people about climate change to reduce conflict, violence with...

When the winning Banyana Banyana team returned, the Safa president and sports minister claimed their share of the victory
Advertising