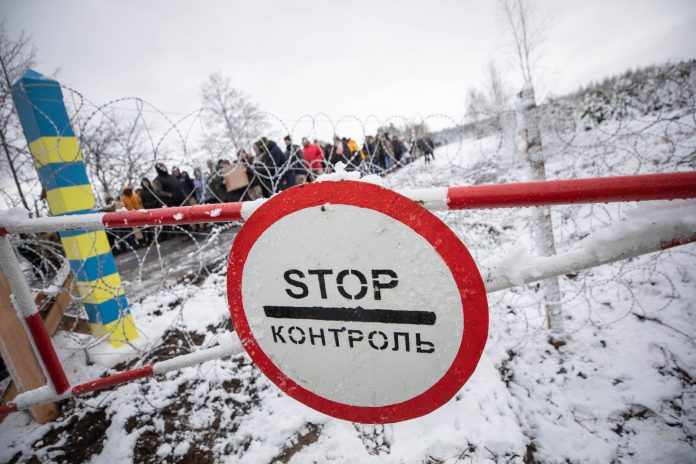 Since the start of Russia’s invasion of Ukraine on 24 February, until mid-June, more than 7 million Ukrainian refugees had left the country. While about 1.5 million ended up in Russia, the rest have mostly entered the EU, where they have been granted the right to live and work for up to three years, in addition to receiving welfare, education, housing, food and medical assistance.

The EU has spent more than €6-billion on aid to Ukraine since the start of the conflict and its support for Ukrainian refugees could cost tens of billions of euros this year. Brussels and various EU countries will spend billions more before the war is over and to help with reconstruction efforts in the country after the war.

However, with rising living costs since the pandemic, which have accelerated since the launch of Russia’s invasion, European governments are sensitive to perceptions that they are not doing enough to secure the well-being of their own citizens. And even with the substantial aid so far, the millions of Ukrainian refugees have begun to strain European social services, particularly in Poland, which almost 5 million Ukrainian refugees have travelled to or passed through.

Resentment towards refugees can build quickly, even in countries with seemingly similar cultures. In Turkey, for example, 72% of the population showed support for refugees from neighbouring Syria in 2016, while by 2019, 80% indicated that they preferred for Syrian refugees to be repatriated.

The tension between Turkish citizens and refugees from Syria, as well as those from Afghanistan and other countries, has been documented for years. The presence of these refugees continues to be a major source of political and social agitation in the country.

Poland and Ukraine, meanwhile, have their own historical disputes and political criticism has risen against Ukrainian refugees in Poland and in other European countries. Russian media outlets have also spread disinformation to fan the flames of anti-Ukrainian sentiment across the continent.

Roughly 1.5 million Ukrainian refugees have returned to their native country since the outbreak of the conflict. But more than 7 million remain internally displaced and vulnerable to escalations in the war. The Biden administration’s offer to take 100 000 Ukrainian refugees will do little to help solve this concern and Ukrainians are unlikely to find many other places outside Europe where they can travel to in large numbers.

The Ukrainian refugee crisis has also coincided with a growing number of displaced people worldwide over the last decade. From 2011 to 2021, their numbers ballooned from 38.5 million to 89 million. Weeks into Russia’s invasion of Ukraine, the United Nations refugee agency, UNHCR, announced that the number of people forcibly displaced had exceeded 100 million for the first time.

The 2015 European migrant crisis revealed how instability in surrounding regions could rapidly increase people’s flows to the continent. That year, 1.3 million people applied for asylum in the EU, roughly half of them fleeing violence in Syria, Afghanistan and Iraq. In addition,  other refugees, asylum seekers and migrants came from Kosovo, Albania, Pakistan, Eritrea, Nigeria, Iran and dozens of other countries.

Across the EU, there was significant disapproval of the institution’s handling of the refugee crisis. It resulted in a rise of reactionary right-wing political sentiment and strengthened policies against refugee and migrant intake. Frontex, the EU’s border and coastal guard protection agency, also massively increased its powers, budget and personnel numbers.

The crisis was exacerbated by countries seeking to more openly test the EU’s vulnerability to migration. As a primary route to Europe, Turkey leveraged refugee and migrant flows to gain monetary and political concessions from the EU. In 2017, migration to Spain from Morocco, another important transit country to Europe, spiked as the Moroccan government was locked in a dispute with the EU over a free trade deal.

Having seen the effects of violence and Libyan wars on migration, the Kremlin also understood its intervention in the Syrian civil war would cause another surge of people to Europe. Supporting the political and social instability across the continent as a result of the refugee crisis fits neatly into Russia’s attempts to challenge the West.

But despite being far off the beaten path of usual immigration to Europe, the Kremlin has also had a hand in directly assisting migrant and refugee flows.

In 2015, Finnish and Norwegian border authorities accused the Kremlin of involvement in the arrival of hundreds of migrants from the Middle East who crossed their borders from Russia. Both countries are bound by stricter refugee and migrant acceptance laws than Russia and could do little as Russian border guards refused to take them back.

Russia’s attempts to bring refugees into Europe have continued for years. But, last year, the Kremlin expanded its efforts considerably with the help of Belarus. Having faced increasing tensions over sanctions from the EU, Belarus also began sending migrants into the Schengen Area through its borders with Poland, Latvia and Lithuania, with Russian assistance.

Renatas Požela, former commander of the Lithuanian border guards, declared in 2017 that Russia played a major role in moving migrants from Russia and Belarus into Lithuania. However, their numbers were relatively small, with 104 people detained in 2018, 46 in 2019 and 81 in 2020. Last year, however, Lithuania alone detained more than 4 100 “illegal migrants, mostly from Syria and Iraq”.

The ongoing crisis has eroded the EU’s commitment to upholding laws on refugee and migrant rights and Brussels has faced growing criticism from human rights organisations over its policies in recent years.

The Kremlin’s tactics have expanded from simply attempting to undermine European social and political stability. As with energy and food, refugee and migrant flows could be utilised by Russia to weaken Western support for Ukraine and its war effort.

Around the world, conflict and rising living costs have caused great instability. On Europe’s periphery, people from Central African Republic, Democratic Republic of the Congo, Afghanistan, Eritrea, Somalia, Sudan, South Sudan, Syria and Yemen are noted as being particularly vulnerable to forcible displacement due to the circumstances in these countries.

Meanwhile, across the Middle East, which receives a substantial part of its grain from Russia and Ukraine, the effects of the war have also worsened food insecurity and could further increase refugee and migrant flows.

The leader of Italy’s League party, and former deputy prime minister, Matteo Salvini said on 6 June that food insecurity and economic instability, as a result of the war in Ukraine, could lead to half a billion refugees and migrants heading to Europe. While it is difficult to put an exact number on how many people will do that, growing instability will clearly increase migrant flows from nearby regions.

European countries, and the EU itself, have hastily turned to offshore processing centres outside the continent to resettle migrants, asylum seekers and refugees in the last few years. But the underdevelopment of these systems, as well as the limitations of Frontex, means Europe will again be incapable of stemming a significant increase in flows of migrants, refugees and asylum seekers.

Turkey already hosts the world’s largest population of refugees and asylum seekers and Ankara is not expected to take many more. The world has also seen how Europe was able to absorb millions of Ukrainians relatively quickly and there will be pressure on the EU to also accept non-European migrants and refugees.

Western sanctions and other measures to punish Russia for invading Ukraine have in turn exacerbated the situation being felt in global energy and food markets, while much of the ongoing violence across the Middle East has partly stemmed from the foreign policies of Western countries since the turn of the century.

Since the beginning of Russia’s invasion of Ukraine, Europe has endured rising inflation, growing food and energy costs and an influx of refugees. The effects of the war are amplifying these forces globally and the Kremlin will do all it can to add to the refugee crisis in Europe and pressure the EU to end its support for Ukraine.

John Ruehl is an Australian-American journalist living in Washington. He is a contributing editor to Strategic Policy and a contributor to several other foreign affairs publications. He is finishing a book on Russia to be published this year.

John Ruehl
John Ruehl is an Australian-American journalist living in Washington. He is a contributing editor to Strategic Policy and a contributor to several other foreign affairs publications. He is finishing a book on Russia to be published this year.
Facebook
Twitter
WhatsApp
Linkedin

DRC: To restore security, address impunity for rights violations in the east