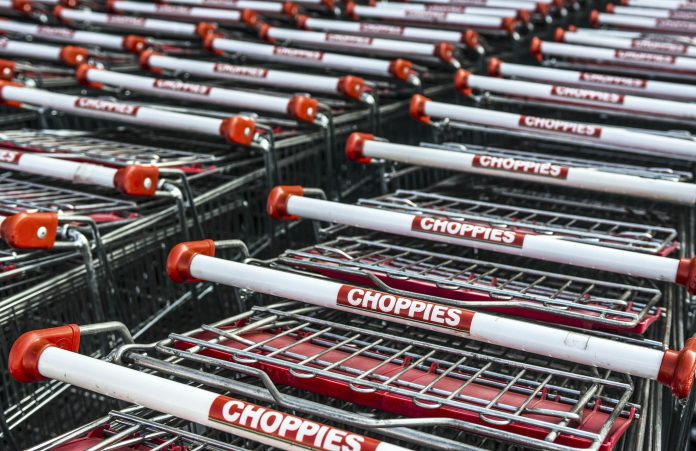 Two directors of retail giant Choppies Enterprises are suing auditing firm PwC for R600-million for allegedly using unethical tactics to force the company to hire a director from the firm.

In papers filed in the Botswana high court in Gaborone, Choppies’ chief executive officer, Rama­chandra Ottapathu, and its executive director, Ismail Farouk, allege that PwC failed to complete an audit in order to pressurise Choppies to employ a PwC director, Rudi Binedell, as the head of its finance department.

They allege that the failure to release the audit results caused the Choppies’ share price to collapse on the Botswana and Johannesburg stock exchanges, where the company is listed. They are suing the auditing firm and Binedell.

Choppies is one of the largest supermarket chains in southern Africa, operating in Botswana, South Africa, Zimbabwe, Zambia, Namibia, Mozambique, Tanzania and Kenya.

Choppies says in early 2018 it engaged PwC to assess a number of past accounting practices, including those related to previous acquisitions, that needed independent verification and legal analysis.

The directors say PwC promised to be independent and professional and submit its findings in September 2018.

But according to the court papers, in March 2018 two members of Choppies’s audit committee, Robert Neil Matthews and Sidney Allan Muller, solicited the employment of Binedell as Choppies’s chief finance officer and asked that he be offered 50-million shares in the retailer under the employee option scheme as an incentive.

Ottapathu and Farouk say they found this request unethical, considering that Binedell was expected to audit the retailers’ financials. They add that, after the refusal, working with PwC became such a strenuous task that PwC refused to sign off on the financials.

They claimed that Binedell’s role was changed to that of a forensic investigator of Choppies’s books. “Binedell stated that he was under a lot of pressure from people within his firm (especially the PWC Africa chief of operations),” reads the Choppies affidavit, without naming the chief of operations.

“He stated that PWC had identified various … irregularities that needed to be reported.”

This PwC decision had a far-reaching consequence for Choppies. Ottapathu was suspended as chief executive, and Choppies lost around 75% of its market capitalisation between September and November 2018. The retail giant was only recently reinstated on the JSE.

PwC had not made public its responding affidavit at time of going to press. However, PwC director Binedell confirmed that PwC is currently “embroiled in legal proceedings” with Ottapathu and Farouk, and said PwC will defend itself in court. “Out of respect for the court’s process we do not believe it appropriate to comment publicly on the ­matter,” he said.

An affidavit from former Choppies board member Dorcas Ana Kgosietsile has also been lodged with the court. In it, Kgosietsile said that Binedell was offered a position as finance director of Choppies at an irregular dinner meeting — called by the PwC directors — that bypassed the procedures of the Choppies board’s rules and audit committee.

This story was produced by the INK Centre for Investigative Journalism

Joel Konopo
Joel Konopo is the co-founder of the INK Centre for Investigative Journalism. He is a former Botswana Guardian editor and a board member of the Media Institute of Southern Africa
Facebook
Twitter
WhatsApp
Linkedin