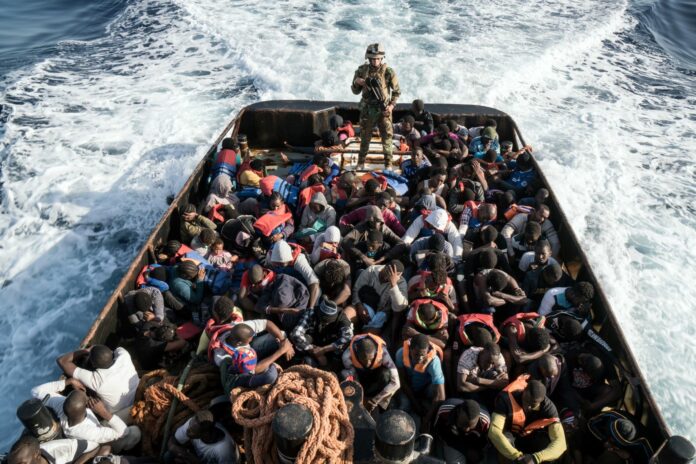 Late last month, scientists in South Africa announced that they had identified a new variant of Covid-19 — Omicron — and that it was spreading fast.

Less than 48 hours later, the United Kingdom had banned travel from South Africa and its neighbours, and cancelled flights. The European Union followed suit, as did North America and some Middle Eastern nations. Almost overnight, Southern Africa became a pariah, almost totally isolated from the outside world. Even some African countries have restricted travel from the region.

Early in the pandemic, there were warnings that Western nations would swallow up vaccines and then point to Covid in Africa as a reason to lock down borders. Africa would become “the Covid Continent”, warned John Nkengasong, the boss of Africa Centres for Disease Control and Prevention.

These new restrictions were initially justified as a necessary response to the new variant. If the variant can’t get in, it can’t spread.

Except the variant was already there.

More than 40 countries have now detected cases of Omicron. Some of these appeared to have no connection to Southern Africa. In at least one instance — in the Netherlands — the positive sample was collected before South Africa made its announcement, suggesting that it was circulating in Europe before it got to Southern Africa.

African leaders are getting increasingly irate: there appears to be one rule for Africa, and another for everywhere else.

Speaking at the Dakar International Forum on Peace and Security this week, South Africa’s President Cyril Ramaphosa was decidedly undiplomatic. He said he had received “patronising” and “paternalistic” phone calls from European leaders — none of whom was able to adequately justify the draconian restrictions. “You ask yourself, where is science? They always said to us, base your decisions on science, but when the moment comes for them to be more scientific they are not,” he said.

Malawi’s president said the bans were “Afrophobia” in action. Botswana’s president called them “unnecessary” and “irresponsible”. Nigeria’s high commissioner to the UK described them as “travel apartheid”, and the African Union highlighted the hypocrisy by saying: “Despite the widespread distribution of Omicron cases globally, the majority of border closures solely target flights to and from South Africa and neighbouring countries in southern Africa, some of which have no evidence of the omicron variant and relatively low daily Covid-19 case numbers.” Leaders are rarely so blunt.

‘It makes no sense at all’

It’s not just African leaders who are nonplussed. The response by some of the most prominent public health experts in Africa was unequivocal.

“The current bans do not make sense at all from a public health perspective,” said Catherine Kyobutungi, an epidemiologist and executive director of the African Population and Health Research Centre. “Travel bans can only make sense if they are total, that is, that a country shuts itself off completely from the rest of the world.”

This is the approach that China has taken, with a few exceptions.

Kyobutungi added: “The problem is that the countries instituting travel bans also have lousy in-country Covid-19 prevention measures and rather than deal with their failures they are using travel bans to give the impression of doing something.”

Daily cases in South Africa are in the single digit thousands, but those in Germany and the UK are in the tens of thousands. Mismanagement of the pandemic in the latter has meant the deaths of some 150 000 people.

Thierno Balde, the incident manager for the World Health Organisation’s Covid-19 Emergency Response in Africa, echoed this sentiment. “Travel bans directed at Southern African nations are unfair and we strongly encourage countries to reconsider these bans.”

He warned that they may ultimately prove counterproductive — because, in effect, Southern Africa is being punished for the excellence and the openness of its scientists. “If any country, not just African countries, fears crippling consequences that can negatively impact the personal and professional lives of their citizens, we may not see such openness in future. This would most certainly threaten global disease control.”

These consequences are already being felt. Because of the dramatic drop in flights to the region, South African scientists are running out of the chemicals necessary to do more Covid-19 sequencing.

Dr Mounia Amrani, the Southern Africa medical coordinator for Médecins Sans Frontières, said the public health community has known for months that travel bans “are completely ineffective. So what is surprising is to see them used again, particularly when we had so little information about the omicron variant.”

More surprising is that “they blocked only the outside borders, while the virus is already circulating in the EU”.

Vigdis Beaussier, a spokesperson for the French embassy, said: “The variant has indeed been detected in other countries, but epidemiological surveys suggest it is circulating much more widely in Southern Africa. According to South African scientists, it is now dominant in the country, whereas in Europe the Delta variant is still dominant.”

While it is true Omicron has spread rapidly in South Africa, with more than 20 000 cases detected so far, this logic does not apply to, say, Botswana, which has recorded just 25 cases of the variant. On Friday, France had 25 cases, while the UK had more than 800 — yet France has not imposed travel restrictions against its neighbour.

The EU’s ambassador to South Africa, Dr Riina Kionka, said it was “not correct to describe the temporary travel ban activated within the EU on countries in Southern Africa as either ‘racist’ or as ‘travel apartheid’. Notably, the EU’s temporary measures are not out of sync with a wider global response to dealing with the Covid-19 omicron variant.”

She said “leaders in EU member states have a public health obligation to their populations to limit potential exposure”, but did not comment on why no travel restrictions have been imposed against the UK, which is not an EU member.

The UK’s embassy did not respond to specific questions, but said: “We took precautionary action where we judged significant numbers of this variant had been identified, and are keeping this under constant review.”

This article first appeared in The Continent, the pan-African weekly newspaper read and shared on WhatsApp. Download your free copy here.

Lydia Namubiru
Lydia Namubiru, a Ugandan journalist, writes about public policy and the budding technology ecosystem in the East African region. She also teaches data journalism at The African Centre for Media Excellence in Kampala. She holds a masters degree in journalism from Columbia University’s Graduate School of Journalism.