Pay us in US dollars, Zimbabwe’s nurses, doctors demand 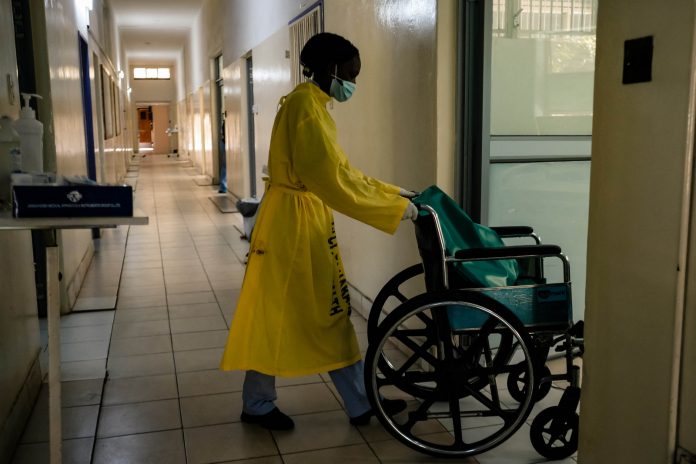 Few moments paint the picture of present day Zimbabwe quite like one that happened at Parirenyatwa Hospital, the biggest government hospital in the capital Harare, on the second day of a countrywide strike by nurses and doctors.

On the hospital grounds, patients lay stranded in flower beds, on pavements and along passageways as nurses and doctors marched outside demanding improved wages. Then, one of the hospital’s top management staff attempted to drive past the chanting nurses and doctors in a posh Land Rover. All hell broke loose. “My money, my money, I want my money!” screamed the nurses and doctors as they blocked the government provided luxury vehicle.

Recently, when the Zimbabwean government offered the health workers a 100% increase in pay, they rejected it arguing that it did not mean anything against inflation, which stood at 131.7% in May and now hovers around 192%. They want to be paid with a more stable currency: the US dollar. The government ignored the demand. On June 20, the nurse and doctors put their tools down.

The Continent visited some of the country’s hospitals to observe the situation.

On June 20, the first day of the strike, at Sally Mugabe hospital, Zimbabwe’s second-largest hospital, patients crowded the waiting area, some critically ill, waiting for help that would not come.

A 67-year-old male patient with hypertension lay on a stretcher bed, unconscious. Next to him lying in the middle of the hospital passageway, coughing and spitting restlessly, was a 32-year-old female HIV patient. Her mother and caretaker said that the patient had stopped taking their antiretrovirals for a while, “after visiting prophets who told her she no longer needed the pills”. Now she was willing to restart the hospital treatment but had not been attended to for over 24 hours.

Outside the hospital stood nurses and doctors waving placards that read, “we want the USD.” But they want more than just the dollar, as one nurse who only identified themself as Irene said at another hospital.

“We also demand drugs in hospitals. We don’t even have paracetamol for our patients and we are expected to help them,” said Irene at Parirenyatwa hospital.

The Continent reported in May that many sick Zimbabweans were turning to herbalists because the government hospital gives them diagnoses (when doctors are not on strike) but no medication.

For five days, June 20-25, nurses and doctors marched and were confined, barricaded and beaten by armed police, but in the end they called off their industrial action without getting any concessions from the government, except being invited to a meeting with the Health Services Board.

Dr Tapiwanashe Kusotera, leader of Health Apex, a health sector union, said even that was an achievement because no such meeting has taken place in over a year. The union also said it would call another industry action if the government does not offer them any meaningful pay rise in the 14 days after June 25.

This article first appeared in The Continent, the pan-African weekly newspaper produced in partnership with the Mail & Guardian. It’s designed to be read and shared on WhatsApp. Download your free copy at mg.co.za/thecontinent/

Giving the gift of sight in rural Mpumalanga