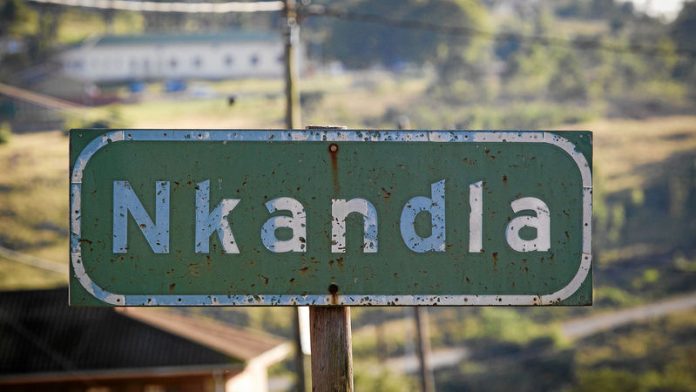 President Jacob Zuma is expanding his remote family homestead at Nkandla in rural KwaZulu-Natal for a whopping price of R65-million — and the taxpayer is footing the largest chunk of the bill.

The expansion will turn the presidential homestead into a sprawling precinct that will include a police station, helicopter pad, military clinic, visitors’ centre, parking lot with parking for at least 40 vehicles and at least three smaller houses that will serve as staff quarters.

See video footage of the development

Phase one of the project, comprising two houses, one of them a double-storey structure, and a guesthouse, is already under way.

Given that state money is involved, how future presidents will benefit from the development remains unclear.

Government insisted this week that it has no record of such a development and no hand in any of Zuma’s personal property endeavours.

Shortly before the Mail & Guardian‘s deadline the presidency released a statement changing its tune. The statement reads: The Zuma family planned before the elections to extend the Nkandla residence, and this is being done at own cost. No government funding will be utilised for the construction work.

‘Outside the perimeter of the Zuma household, a few metres from the house, the State is to undertake construction work in line with the security and medical requirements relating to Heads of State in the Republic. The security services have to construct accommodation facilities for their staff that attend to the President, erect a helipad to ensure safe landing for the Presidential helicopter and a clinic as per medical requirements.”

The presidency also claimed no knowledge of such a project, saying that Nkandla is Zuma’s private home and therefore no business of the state.

It accused the M&G of ‘setting out to embarrass the president” by publishing a story.

On Thursday December 3 Mona promised to consult Zuma and get back to the M&G, but he did not respond to calls later in the day.

However, the M&G understands that a meeting to discuss the project was held at Nkandla on August 2, attended by the surgeon general, Vejay Ramlakan, and a representative of the department of public works.

Ramlakan, through his spokesperson, referred all queries to the presidency ‘because it is happening at the president’s homestead, so it is his matter to comment on”.

When the M&G visited Nkandla last weekend, an earth-mover was excavating the ground next to the existing homestead to prepare for the construction of the initial phase of the project.

Two cement mixers and two water tanks were on site as well as construction offices where the architectural plans for the construction are kept.

About 12 construction workers were working overtime to ensure the project gets off the ground.

The site was devoid of company signage.

The contractor told the M&G the three new houses would cost R4,1-million and would be funded by Zuma in his personal capacity.
However, this was only phase one of the project.

The total cost of the development will run to R65-million, according to sources closely involved with it. ‘It is R65-million, but it will probably be more in the end. You know how it goes with building, the prices always go up and up,” one said.

There is no time frame for the completion of the development.

The M&G understands part of the reasoning behind the mammoth extension is to enhance the homestead’s capacity to host VIP guests and their retinues.

On election day this year former Nigerian president Olusegun Obasanjo — in the country as an election monitor — popped into Zuma’s home after a helicopter flight. More of such visits are expected in the future.

A military source said there was also a need to extend the homestead’s capacity to house Zuma’s health and security staff, most of whom stay in Eshowe when Zuma is at Nkandla.

A source said: ‘This is cumbersome in terms of response time, so the idea was to build a bigger facility to house all the support staff in Nkandla when the president is there.”

The houses are apparently being built to accommodate two wives currently living at Nxamalala, MaNtuli Zuma and MaMbhija Zuma.

The complex already includes a house for his first wife, Sizakhele, built in 2000 shortly after he became deputy president.

Sizakhele uses the main house with various relatives, mostly women and children, who live in rondavel-type structures around her. A silver E-class Mercedes and a white Toyota Prado 4×4 are parked outside and serve as the first lady’s transport.

During the corruption trial of Zuma’s former financial adviser Schabir Shaik in 2004, the state produced evidence that alleged bribes flowing from French arms firm Thales helped finance the building of the homestead.

Zuma’s last visit to Nkandla was in September according to a security guard, but he is expected to spend time there over the Christmas period.

He will then host the annual Christmas party for children and attend to the long queues of local people who line up outside to visit him and discuss issues pertaining to the village.

According to architectural plans shown to the M&G, the precinct will include a garden that will house ancestral graves. The area is due to be cordoned off by a brick wall which will make provision for only one entrance.

One house contains four bedrooms, while the smaller has three.

Double-volume ceilings will be fitted to the homes, which will sport thatched roofs, in the same style as the current homestead, which is cordoned off by green palisade fencing.

The plans were drawn up in August by Durban architects, the names of whom the M&G was unable to establish. However, no record of the plans could be found at the local deeds office in uThungulu municipality in Richards Bay.

Nkandla houses 13 000 people, many of whom have no access to electricity, and in-house water is a rarity. Work is taking place on the road leading to the presidential homestead to make it more accessible. — Additional reporting by Niren Tolsi.

Softening the blow
The Mail & Guardian sought throughout the week to obtain comment from the Presidency, writes Nic Dawes, the editor of the M&G.

“Instead of answering our questions it released a statement to all media shortly before our deadline in an apparent attempt to limit the impact of the story.

“The statement was issued late on Thursday afternoon, just before the Mail & Guardian‘s deadline in a clear attempt to limit the impact our lead story on Friday, which exposes the new construction.

“We discovered the building work during a visit to Nkandla over the weekend, and were able to establish details of the large new houses, clinic and helipad that are being built.

“When we approached the Presidency for comment on Tuesday they refused to speak to us, while the department of public works untruthfully insisted that no construction was under way.

“Journalists are enjoined by the Press Code and legal precedent to provide the subjects of stories a fair chance to respond. We followed this principle, which we believe in, strictly.

“By effectively breaking our story in advance, and robbing us of exclusivity, the Presidency has damaged the relationship of trust that we had developed with officials there,” said Dawes.

“Competition is an important part of a vibrant media landscape, and the drive to secure scoops is an important energising factor in our constitutionally prescribed work. Skilled communicators understand this, and realise that they need to be able to work with us. If a story represents problems for them they attempt to provide convincing answers, or spin, they do not torpedo us by releasing press statements to our competitors before we can publish.”

“If government communicators make it impossible for us to trust them with basic courtesy, we will struggle to share information with them, and two things will suffer: their ability to try and shape our opinions, and the willingness of journalists to seek all sides of every story. Ultimately, that is bad for democracy,” Dawes added.