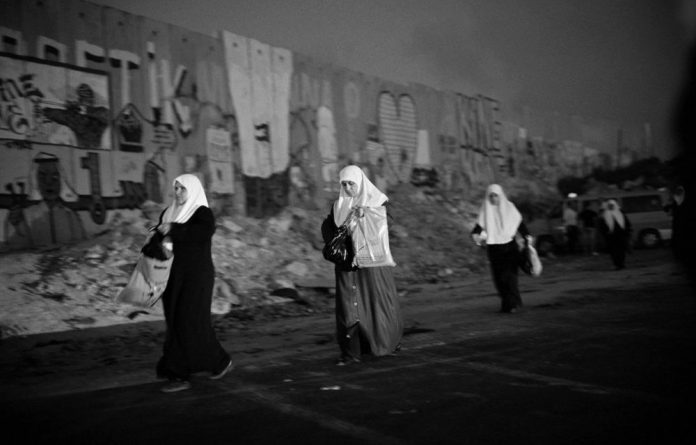 ‘Why,” I have often been asked, “haven’t the Palestinians established a peace movement like the Israeli Peace Now?”

The question itself is problematic because it is based on many erroneous assumptions, such as the notion that there is symmetry between the two sides and that Peace Now has been a politically effective movement. Most important, though, is the false supposition that the Palestinians have indeed failed to create a pro-peace popular movement.

Already in September 1967, three months after the decisive war in which the West Bank, Gaza Strip and East Jerusalem were occupied, Palestinian leaders decided to launch a campaign against the disqualification of textbooks and the introduction of new Israeli ones in Palestinian schools. They did not initiate terrorist attacks, as the prevailing narratives about Palestinian opposition would have one believe. Rather, the Palestinian dissidents adopted Mahatma Gandhi-style methods and declared a general school strike; teachers did not show up for work, children took to the streets to protest the occupation and many shopkeepers closed shop.

Israel’s response to that first strike was immediate and severe; it issued military orders categorising all forms of resistance as insurgency — including protests and political meetings, raising flags or other national symbols, publishing or distributing articles or pictures with political connotations and even singing or listening to nationalist songs.

Moreover, it quickly deployed security forces to suppress opposition, launching a punitive campaign in Nablus, where the strike’s leaders resided. As General Shlomo Gazit, the coordinator of activities in the Occupied Territories at the time, points out in his book, The Carrot and the Stick, the message Israel wanted to convey was clear: any act of resistance would result in a disproportionate response, which would make the population suffer to such a degree that resistance would appear pointless.

After a few weeks of nightly curfews, cutting off telephone lines, detaining leaders and increasing the level of harassment, Israel managed to break the strike.

While much water has passed under the bridge since that first attempt to resist using “civil disobedience” tactics, in the past six decades Palestinians have continually deployed non-violent forms of opposition to challenge the occupation. Israel, on the other hand, has without fail used violent measures to undermine all such efforts.

It is often forgotten that even the second intifada, which turned out to be extremely violent, began as a popular non-violent uprising. In June 2004, almost four years after the intifada erupted, Ha’aretz journalist Akiva Eldar revealed that the top Israeli security echelons had decided to “fan the flames” during the uprising’s first weeks.

He cited Amos Malka, who was the military general in charge of intelligence at the time, saying that during the second intifada’s first month, when the uprising was still mostly characterised by non-­violent popular protests, the military fired 1,3-million bullets in the West Bank and Gaza Strip. The idea was to intensify the levels of violence, thinking that this would lead to a swift and decisive military victory and the successful suppression of the rebellion. And indeed the uprising and its suppression turned out to be extremely violent.

But in the past five years ­Palestinians from scores of villages such as Bil’in and Jayyous have developed new forms of pro-peace resistance that have attracted the attention of the international community. Even Prime Minister Salam Fayyad recently called upon his constituents to adopt similar strategies. Israel, in turn, decided to find a way to end the protests once and for all and has begun a well-orchestrated campaign that targets the local leaders of such resistance.

One such leader is Abdallah Abu Rahma (39), a high school teacher and the coordinator of Bil’in’s Popular Committee Against the Wall and Settlements, one of many Palestinians who was on the military’s wanted list. At 2am on Thursday December 10 (International Human Rights Day), nine military jeeps surrounded his home. Israeli soldiers broke down the door and, after allowing him to say goodbye to his wife, Majida, and three children, Luma (7), Lian (5) and Laith (eight months), blindfolded him and took him into custody.

He is being charged for throwing stones, the possession of arms (namely, gas canisters in the Bil’in museum) and inciting fellow Palestinians which, translated into English, means organising demonstrations against the occupation.

The day before Abu Rahma was arrested, the Israeli military carried out a coordinated operation in the Nablus region, raiding houses of targeted grassroots activists who have been fighting human rights abuses.

Wa’el al Faqeeh Abu As Sabe (45) was one of the nine people arrested. He was taken from his home at 1am and, like Abu Rahma, is being charged with incitement.

Mayasar Itiany (45), who is known for her work with the Nablus Women’s Union and is a campaigner for prisoners’ rights, was taken into custody, as was Mussa Salama (47), who is active in the Labour Committee of Medical Relief for Workers. Even Jamal Juma’ (47), the director of an NGO called Stop the Wall, is now behind bars.

Targeted night arrests of ­community leaders have become common practice across the West Bank, most notably in the village of Bil’in, where, since June 2009, 31 residents have been arrested for their involvement in the demonstrations against the wall (being built by Israel to partition Israeli areas from Palestinian and which has been declared illegal by the International Court of Justice). Among these is Adeeb Abu Rahma, a prominent activist who has been held in detention for almost five months and is under threat of being imprisoned for up to 14 months.

Clearly, the strategy is to arrest all the leaders and charge them with incitement, thus setting an extremely high “price tag” for organising protests against the subjugation of the Palestinian people. The objective, of course, is to put an end to the pro-peace popular resistance in the villages and to crush, once and for all, the Palestinian peace movement.

Thus, my answer to those who ask about a Palestinian “Peace Now” is that a peaceful grassroots movement has always existed. At the trials of the likes of Abu Rahma and Juma’ one will be able to witness some of the legal methods that have continually and consistently been deployed to destroy it.

Dr Neve Gordon is chairperson of Ben-Gurion University’s department of politics and government and the author of Israel’s Occupation. See www.israelsoccupation.info