Seal the brown envelope for good 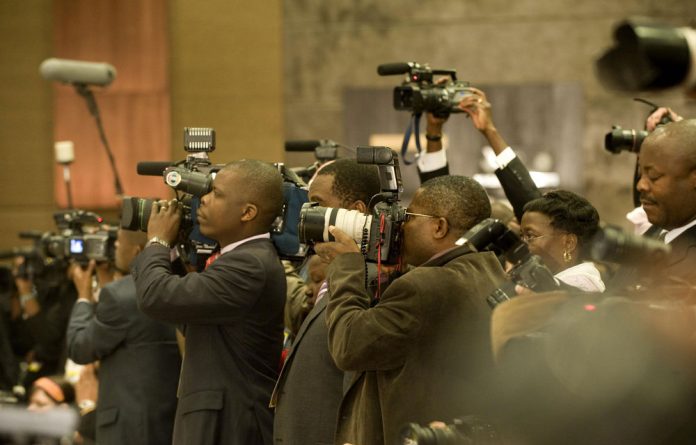 Chris Whitfield, editor-in-chief of Independent Newspapers in the Cape, has complained to me about Mail & Guardian stories on claims that some journalists on the Cape Argus took money to spin their political reporting in favour of one of the ANC factions.

The accusation, which surfaced also in a number of letters to the M&G, is that the paper was drawn into a vendetta against a rival, and that the claims amount to malicious rumours being put about by people with a range of different agendas.

It is true that the M&G is a rival of the Cape Argus, but I feel that public interest in the story is substantial. News organisations have often been accused of maintaining a kind of professional solidarity when dealing with problems in their own ranks. Journalists do themselves no favours by adopting this kind of approach: it is much better, I think, for them to hold one another accountable where appropriate.

As for the accusation of personal malice, I had long discussions with M&G reporter Glynnis Underhill and am satisfied that it did not play a part in prompting her to write the story.

However, it would have been better for the newspaper to hand over the story to somebody with fewer personal ties to the people and institutions involved. Journalists need to avoid not just actual conflicts of interest, but also the perception of such conflicts.

Insiders are often better able to get to a story — but then they lay themselves open to the kind of accusations that were levelled at Underhill. Admittedly, this is a particularly tall order when attention focuses on an issue inside journalism, which in South Africa is a small world.

Still, there’s no question that a swamp of agendas surrounds the story. The claims resurfaced when ANC leader Max Ozinsky wrote that the former provincial premier, Ebrahim Rasool, had systematically manipulated the media. That attack was clearly part of ongoing factional struggles in the Western Cape ANC.

And that’s only one motive at play. Commercial and personal motives have also been alleged.

But dirty motives on their own don’t make a story untrue. If journalists were to discard every bit of information that comes their way because somebody hopes to benefit from its release, newspapers would be thin indeed. The requirement is a different one: where information is linked to an agenda, reporters need to check it with particular care.

The core question is how much reliance can be placed on the tape recording that formed the basis of the M&G‘s November 13 report, “Brown-envelope journalism“. The tape recorded a conversation in which former premier Lynne Brown and Vukile Pokwana, former director of Hip Hop Media, discuss the practice at length. Although the story does not make it clear, the company is alleged to have played a role in passing money and benefits to journalists.

A tape recording sounds like solid evidence, but its value really depends on who is saying what on the tape. And closer scrutiny reveals that Pokwana makes only general statements. In a passage quoted in the report he fails to answer directly when Brown asks whether Hip Hop was involved. He is also quoted as saying he never saw money change hands. So he displays no direct knowledge of journalists taking bribes.

The M&G felt that other factors supported the claim: the suspension of two staffers at the Cape Argus for a 2005 inquiry into possible conflicts of interest, an ANC probe and some documents. But none of them provides a smoking gun.

Some pieces of circumstantial evidence are available. In an editorial at the time, for instance, the Argus made it clear it felt there were grounds for investigating the matter, but was prevented from doing so when one of the suspended reporters resigned.

But, in the end, the basis for making the sensational claim that named Cape Argus staffers were guilty of payola is too thin. The M&G should have looked for harder evidence before publishing the story.

But, unfortunately, that does not mean we can all just get on with our lives. Saying the story needed more evidence does not mean the claims should be ignored. Quite the contrary.

Clearly, this particular story has life outside the pages of the M&G. It is widely discussed in journalist circles and the taped discussion shows, if nothing else, that it was taken seriously at a high level. The ANC has held one inquiry, the Cape Argus tried another.

Claims of this kind are extremely damaging, not just to the Argus but also to South African journalism in general. Independence is crucial to our credibility, even though the South African Press Code is not nearly clear enough on the matter. We can’t be for sale and even the whiff of an accusation that a colleague was bought damages the profession as a whole.

It is of critical importance to investigate these claims fully, either to find solid evidence, or be able to say with confidence that there really is nothing in them. Already the M&G has indicated it will continue its investigation and to its credit the Argus has tasked a senior journalist with looking at the story.

It’s not going to be easy to find that smoking gun. Whitfield says he has tried for years to find solid evidence and has failed.

But everybody who is putting these claims about has a duty to provide whatever evidence they have. We can’t have people involved declining to assist, as apparently happened with the Argus‘s own probe. Let’s start with the ANC: there is substantial public interest in seeing the outcome of its inquiry and it should release it.

I don’t know what the best vehicle for a broader inquiry could be, but it needs to be credible, authoritative and thorough. While several separate inquiries might uncover useful evidence, a single one that is independent of all affected parties might be more effective.

And its mandate should be broader than accusations against a small number of individuals at a particular newspaper: it should look at all media, at patterns of coverage and of interaction between politicians and the media.

This may be a “Jayson Blair” moment for South African media. For the sake of all our credibility, claims of brown-envelope journalism need either to be firmed up or buried once and for all.

The Mail & Guardian‘s ombud provides an independent view of the paper’s journalism. You can contact Franz Krüger at [email protected] You can also phone the paper on 011 250 7300 and leave a message

Franz Kruger
Franz Krüger is adjunct professor and director of the Wits Radio Academy. He is also the ombud for the Mail & Guardian, a member of the South African Press Appeals Panel and the editor of www.journalism.co.za.His book Black, white and grey: journalism ethics in South Africa was published in 2004, while a second title, The Radio Journalism Toolkit, was published in 2006.He is a journalist of some 25 years’ experience and has worked in print and broadcasting in South Africa, Namibia and the UK. Krüger set up the alternative East Cape News Agencies in the 80s and was part of the first management team of the democratic era at the SABC.
Facebook
Twitter
WhatsApp
Linkedin

Was evidence of ‘romantic’ link sufficient?

How to get your opinion published

Keen eyes will find even the most casual throwaway line

Media: The addling business of advertorials