Zim limps down road to reform 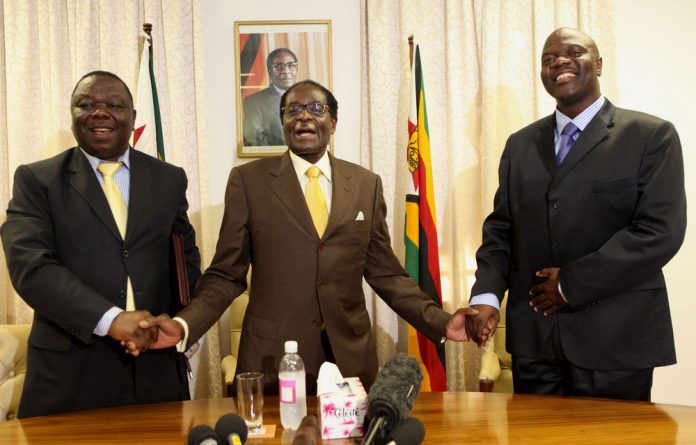 Late in November rights activist Rose Muchena and her team drove their white bakkie into a village near Mount Darwin, a rural outpost in northern Zimbabwe, and watched, startled, as residents fled in all directions.

More than a year after Zanu-PF militia rode into the area in unmarked trucks to spread terror, the sight of an unfamiliar vehicle continues to drive fear into villagers there. But Muchena was part of a team of civil society groups fanning out into the countryside to educate villagers on the approaching constitutional reform exercise.

“It was sobering. You wonder how these people will open up when they are asked to speak their minds on what they want to see in the new constitution,” Muchena told the Mail & Guardian last week.

After months of delay caused by bickering and lack of funding, Zimbabwe’s constitutional reform exercise finally stuttered into life last week. A new constitution is at the top of the unity government’s tasks, as it must lead to free elections that will give the country a legitimate government.

But fear among battered citizens, the continuing struggle for control in the fragile coalition and poor funding are standing in the way of this key step towards reform.

None of the hostility Muchena’s group found in that village was visible in the hotel conference room where members of Parliament from all three parties in government gathered on Tuesday ahead of the first meetings they will hold in their districts to gather the views of their constituents.

Despite the obvious hurdles ahead, there was great confidence.

Douglas Mwonzora, a Movement for Democratic Change MP and one of the leaders of the process, said: “We will show the world how innovative Zimbabweans are. South Africa’s process came out with a good document; we are certainly going to have a better and superior document. This is a historical process for the world to follow.”

A tight deadline has been set; a new draft should be ready to be taken to a referendum by July. A new election will then be called.

It is a logistical nightmare for the cash-strapped government.

Minister for Constitutional Affairs Eric Matinenga said 70 teams of 25 people each will hold public meetings to consult citizens in each of the country’s 210 voting constituencies. But the teams are short of vehicles and staff to make this possible — and President Robert Mugabe will likely oppose any reforms that whittle down his power.

Zanu-PF wants any new constitution to be based on an earlier draft that leaves the powers of the president largely intact and places no limits on presidential terms, which suits Zanu-PF’s quest to make Mugabe “president for life”.

The existing Constitution has been amended 19 times since independence in 1980, mostly to entrench Mugabe in power.

Last year Zanu-PF thugs disrupted a conference to plan the constitutional reform process. There are now fears that the process itself will stoke tensions, especially in the countryside.

Both the MDC and Zanu-PF have already begun sending their own campaigners into the countryside to rustle up support for their positions on the new constitution, which is reigniting tensions.

“All the political parties have already started campaigning for their positions and it is not illegal,” said Paul Mangwana, Zanu-PF’s representative on the committee leading the reform exercise.

“What we do not want is to hear of incidents of violence during this period because this will affect the content of the document.”

But, according to rights groups, violence is already rising. They say their workers are being barred from meeting rural citizens to educate them on the process.

Olivia Gumbo of the Zimbabwe Human Rights Association said memories of the violence that swept the country during the last election period remain fresh and may prevent citizens from expressing themselves at the planned meetings.

“People are saying, ‘why are they coming to us with the constitution issue while we still have some wounds which need bandages’,” Gumbo said.

Farm violence also continues, with four farmers and their families having been chased off farms over Christmas, according to Deon Theron, leader of the Commercial Farmers’ Union.

At its congress in December Zanu-PF said it would not back any reforms that “seek to reverse or undermine the gains of the liberation struggle”.

This is Zanu-PF speak for land seizures.

South Africa has worked for months to urge constitutional reforms. But Zanu-PF has sent subtle warnings to President Jacob Zuma’s team. Stating its position on the constitution, Zanu-PF said after its congress: “No foreigners, individual, corporate or national in whatever capacity — have the right to dictate or impose a constitutional order on Zimbabwe.”

A recent World Bank report says almost half of Zimbabweans run small businesses on the side.
Read more
Africa

Bitter reality defies all talk of a new leader or movement to break the political stalemate in Zimbabwe.
Read more
Advertising
Continue to the category
Coronavirus