Media in a straitjacket 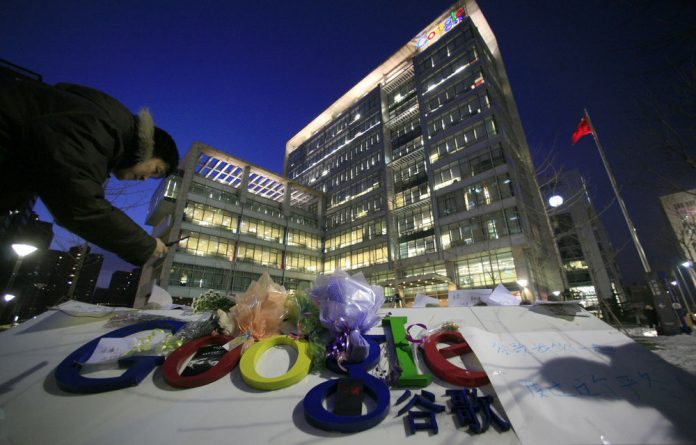 After last week’s Google face-off with the Chinese government, should Western media companies be worried that they don’t have a hope in the world’s most populous country?

It’s quite simple, according to Siva Yam, president of the United States-China Chamber of Commerce, which represents the interests of US companies in China. “As long as you aren’t involved in politics, the media or pornography, the government will leave you alone.”

His words come after Google and 30 other Western companies were targeted by government-sponsored hackers who tried to obtain program code and access the mail of political activists.

Eric Schmidt, the chairperson and chief executive of Google, had insisted the company should set up inside the country to get the maximum benefit and to open up the regime there, and accept the compromise of self-censorship or government blocking, which it did in 2006.

Sergey Brin, its Russian-born co-founder, disliked the compromise, according to a report last week in The Wall Street Journal. After the latest series of attacks, Brin has clearly prevailed.

Some have suggested Google wasn’t making enough money in China — it trailed far behind Baidu, the domestic leader — and that its post about censorship and hacking was a cover for an entirely business-based withdrawal. But Nick Carr, whose book The Big Switch details how our lives are moving online, says it is key for Google’s long-term strategy that people trust the net; anything that undermines that trust endangers Google in the long term.

Hence its finger-pointing at China for the hacking: the Chinese market is less valuable to Google than the markets of the rest of the world. The likely consequence is that Google will be kicked out of China for failing to censor its content.

Yet some echo Yam’s view and are confident that China is not a quagmire for Western media companies. Dan Serfaty, the chief executive and founder of Viadeo — which owns what it claims is China’s largest social network, Tianji, (which has about two million users) — says: “The future for digital media in China is still bright. It’s a huge economy with a huge population and increasing global influence. Will Google stay? Who knows, but it won’t really affect the country’s online development.”

With 450-million TV sets and 300-million people online, China is a juicy-looking media target. Added to which, its government is gradually altering its media landscape: it is cutting down the subsidies it pays to home-grown media companies, meaning that to expand rapidly they must bring in Western partners.

And there are still plenty of Western media companies there. Yahoo, Microsoft’s Bing search engine and Hotmail email, Twitter, Facebook and MySpace are all accessible in China; Yahoo, Microsoft and MySpace have offices there. (Though there is a Facebook.cn page — suggesting it is registered in China — it reroutes back to the main Facebook.com site, based in the US. Similarly Twitter.cn has been registered by Twitter, but isn’t active.)

The most visible presence, though, is Rupert Murdoch’s Star TV, the Hong Kong-based company that he bought in 1993 — though at the time, with Hong Kong still in British hands, he declared that satellite TV networks posed “an unambiguous threat to totalitarian regimes everywhere”. China’s leaders took note and ordered the removal of the BBC’s feed from the Star TV menu.

The alternative for Murdoch was having the signal blocked and Star TV frozen out of the Chinese domestic market. News Corporation has made repeated concessions to keep China happy, with the benefit that would-be Western rivals have been kept out: Disney, which has been trying to get its content on to Chinese TV screens for years, is still limited to a few blocks of programmes on local TV stations. It did announce last November that it would set up an amusement park — though it will own only 40% of it.

“Local knowledge is imperative,” says Serfaty. “Google is a US firm and history has proved that foreign businesses in China always struggle. If [Tianji] wasn’t Chinese, run by Chinese staff, with Chinese ethics and etiquette, then it would have struggled too.”

But another opinion, repeatedly heard, is that China does not want to open itself up to Western influence or ownership. Mark Kitto’s recent book, China Cuckoo, describes how he built up a successful listings magazine business with a turnover of £2.5-million (R30-million) — only to lose it all to his former partner, a state-run firm.

“What Google has gone through sounds awfully familiar,” he says.

“A lot of people tell me that since my problem — or personal disaster — it’s much better and it wouldn’t happen now. I think it’s got much worse and Google is a perfect example. The fundamental problem is that the Chinese government is never going to allow any kind of free market economics to operate within the media. Ever.”

Jeremy Goldkorn of Beijing-based danwei.org, a partner of the Guardian, has had his media website blocked in China since July last year. (Within China, the letters “danwei.org” in any URL lead to a page saying “Connection Reset”.) So is coming to China a doomed endeavour for media firms?

“I don’t think it’s doomed,” says Goldkorn. “I do think it’s handicapped, castrated and crippled. It doesn’t matter whether it’s print, TV, internet or movies — foreign companies can make money, but it’s very difficult. There are enough regulations in China that potentially anything you do is illegal.

“If you annoy anybody — a competitor or a regulatory body — they can take you down. The environment is terrible here.”

He notes, however, that Pearson, the owner of the Financial Times, and Condé Nast, the owner of Vogue, are both doing well. Google had also been “making a go of it — they weren’t tremendously successful by their global standards, but they weren’t failing”. The most successful, he thinks, is the publisher IDG: “If anyone has made a ton of money it’s probably them. They’ve been here since the 1980s.”

Kaiser Kuo, a Beijing-based technology watcher, says: “Commercial success is possible if you keep your head down and play by the rules.”

But “there hasn’t been a single unequivocal success I can point to. There [is] a combination of regulatory and commercial and strategic reasons. I wouldn’t say abandon hope all ye who enter here.”

There are also the problems of adapting to a very different market. The News Corporation-owned social network, MySpace, Kuo points out, struggled to figure out what its “animating idea” was, given that the indie music scene that first propelled it to fame in the US doesn’t exist in the same way in China.

The reality is that media companies operating in China must censor themselves — or they will be censored. In the past year YouTube, Facebook and Twitter — and their users –have reported that access to their sites has been blocked within China, notably after the riots in Xinjiang last July. It didn’t matter whether the companies had servers inside China or not; the government, which controls the internet there, shut off access.

As a tip for those looking to invest in China, the classic business book, Beijing Jeep (subtitled The Short, Unhappy Romance of American Business in China), points out that people pressured by the Chinese authorities may mistakenly see the manoeuvrings against them as monolithic, when in fact they may just be being squeezed between government bodies jockeying for position.

Quite possibly the attacks against Google and other Western companies have dismayed some part of the Chinese administration, but it is overshadowed by those parts that see benefit from hacking. But the problem with media is that ultimately they are about information. And as Kitto notes: “Information is power and Google’s business is giving information. The Communist Party of China wants to keep power. So you have a contradiction.”

The outcome of Google’s Chinese business may show us how the contradiction is resolved. But the answer is probably clear already. —

Samsung to add Apple’s iPhone 5 to its lawsuits

Upgraded Siri takes iPhone 5 past all its rivals