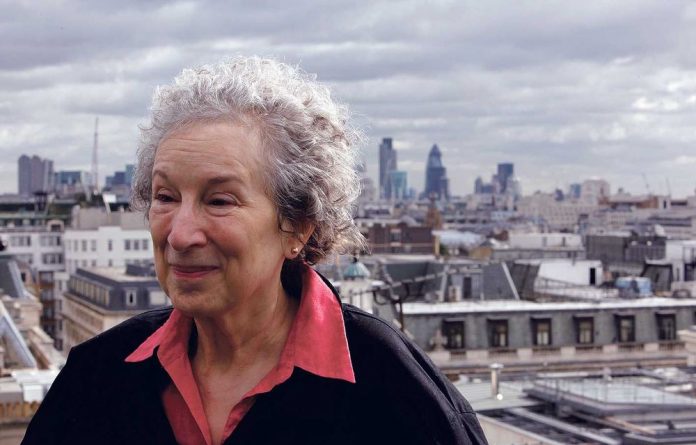 To my mind, The Handmaid’s Tale, Oryx and Crake and now The Year of the Flood (Bloomsbury) all exemplify one of the things science fiction does, which is to extrapolate imaginatively from current trends and events to a near future that’s half prediction, half satire.

But Margaret Atwood doesn’t want any of her books to be called science fiction. In her recent, brilliant essay collection, Moving Targets, she says that everything that happens in her novels is possible and may even have already happened, so they can’t be science fiction, which is “fiction in which things happen that are not possible today”. This arbitrarily restrictive definition seems designed to protect her novels from being relegated to a genre still shunned by hidebound readers, reviewers and prize awarders. She doesn’t want the literary bigots to shove her into the literary ghetto.

Who can blame her? I feel obliged to respect her wish, although it forces me, too, into a false position. I could talk about her new book more freely, more truly, if I could talk about it as what it is, using the lively vocabulary of modern science-fiction criticism, giving it the praise it deserves as a work of unusual cautionary imagination and satirical invention. As it is, I must restrict myself to the vocabulary and expectations suitable to a realistic novel, even if forced by those limitations into a less favourable stance.

So, then, the novel begins in Year 25, the Year of the Flood, without explanation of what era it is the 25th year of, and for a while without explanation of the word “Flood”. We will gather that it was a Dry Flood, and that the term refers to the extinction of — apparently — all but a very few members of the human species by a nameless epidemic.

The nature and symptoms of the disease, aside from coughing, are not described. One needs no description of such events when they are part of history or the reader’s experience; a reference to “the Black Plague” or “the swine flu” is enough.

But here, failure to describe the nature of the illness and the days of its worst virulence leaves the epidemic an abstraction, novelistically weightless.

Perhaps on the principle that since everything in her novel is possible and may have already happened so the reader is familiar with it, the author doles out useful information sparingly. I sometimes felt that I was undergoing, and failing, a test of my cleverness at guessing from hints, reading between lines and recognising allusions to an earlier novel.

The Year of the Flood is a continuation of, not exactly a sequel to, Oryx and Crake. Several characters from the earlier book appear, with such institutions as God’s Gardeners and the Corporations. The Gardeners, an eco-religious sect, farm rooftops, which can be defended from the gangs and marauders who infest the streets, and try to follow a way of harmony with nature through the breakdown of civilisation. Presented with irony and affection, the Gardeners are a vividly memorable invention.
As for the Corporations, these are not the dear familiar corporations that now control our governments in a more or less surreptitious fashion. In the novel, no national governments appear to be functioning. The setting may be the upper Midwest of the United States or Canada, but there is no geography, no history. The Corporations, and particularly their security arm CorpSeCorps, are in total control.

As in the earlier book, all science and technology is Corporation-owned, in the service of furthering capitalist growth and keeping the populace unrevolutionary, while destroying the resources and ecological balances of the planet at an ever-increasing rate. Genetic manipulation has been busy producing useless or noxious monsters such as green rabbits, rakunks, and partly rational pigs.

You can see that the world of the Year 25 is not an improvement on the world of that other great realistic novel, Nineteen Eighty-Four. It is, if possible, even more depressing, most of humanity being dead and the few survivors scrabbling out an evidently hopeless existence. Not even Samuel Beckett could make a scene so bleaky endurable for several hundred pages. Much of the novel takes place in flashbacks to as early as the Year Five, when things were bad, but not that bad, yet. And the story finds its vitality in the characters through whose eyes we see these scenes. Probably what I will remember from the book in a year’s time will not be its grim events, but the two women, Toby and Ren.

One of the features supposed to distinguish “popular” from “literary” fiction is the nature of the characters who enact the fiction. In a realistic novel we expect to find individual personalities of some complexity; in a western, mystery, romance or spy thriller, we accept or welcome conventional types, even stock figures — the Cowboy, the Feisty Heroine, the Dark Brooding Landowner. We may, of course, in any one example, get the reverse of what we expect. The supposed distinction is so often violated in both directions as to be nearly meaningless.

But there is one kind of fiction where complex, unpredictable individuality is really very rare. That is satire, and satire is one of Atwood’s strongest veins. The personality and feelings of characters in Oryx and Crake were of little interest; these were figures in the service of a morality play. The Year of the Flood is less satirical in tone, less of an intellectual exercise, less scathing though more painful. It is seen very largely through the eyes of women, powerless women, whose individual characters and temperaments and emotions are vivid and memorable. We have less of Hogarth and more of Goya.

Affection and loyalty are strongly felt; loving relationships between characters are memorable. Such loyalties are affirmed, of course, against all the odds, and like everything Toby, Ren, Amanda, and the Gardeners are and do, will soon end in the brute failure of all human intentions. Yet such loyalties spring up, like the shoots of March. In this tiny green featherweight in the scales of Doom we persist in seeing a vast, irrational hope. And somewhere here, somewhere in this irrational affirmation, I think, lies hidden the heart of the novel.

That is why the hymns of the Gardeners, which are printed about every third chapter along with sermon-meditations, may be read as kindly spoofs of hippy mysticism, green fervour and religious naivety, and at the same time can be taken quite seriously. Their hymn-book rhythms and Blakean dodges are appropriate to their sentiments, which aren’t as simple as they might seem at first sight:
“But Man alone seeks Vengefulness,
And writes his abstract Laws on
stone;
For this false Justice he has made,
He tortures limb and crushes bone.
Is this the image of a god?
My tooth for yours, your eye for
mine?
Oh, if Revenge did move the stars
Instead of Love, they would not
shine.”

In an endnote, Atwood invites us to hear the Gardeners’ hymns sung on her websites and to use them “for amateur devotional or environmental purposes”. This seems to indicate that she means what they say.

But any affirmation by this author will be hedged with all the barbed wire, flaming swords and red-eyed Rottweilers she can summon. Much of the story is violent and cruel. None of the male characters is developed at all; they play their roles, no more.

The women are real people, but heartbreaking ones. Ren’s chapters are a litany of a gentle soul enduring endless degradation with endless patience. Toby’s nature is tougher, but she is tried to the limit and beyond. Perhaps the book is not an affirmation at all, only a lament, a lament for what little was good about human beings — affection, loyalty, patience, courage — ground down into the dust by our overweening stupidity and monkey cleverness and crazy hatefulness.

It is no comfort to find that some of the genetic experiments are humanoids designed to replace humanity. Who wants to be replaced by people who turn blue when they want sex, so that the men’s enormous genitals are blue all the time? Who wants to believe that a story in which that happens isn’t science fiction?

I found the final sentences of the book unexpected, not the seemingly inevitable brutal end or dying fall, nor yet a deus-ex-machina salvation, but a surprise, a mystery. Who are the people coming with torches, singing? You must read this extraordinary novel and decide for yourself. —

How do we get beyond ‘business as usual’ after the pandemic?