How tight is your ‘strangulator’? 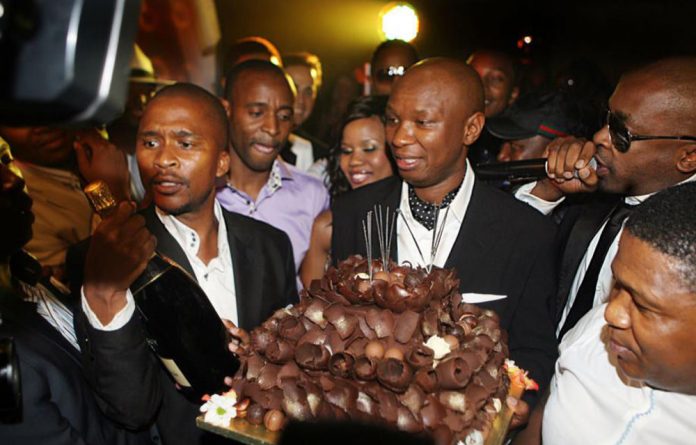 There is a new shirt in town. Have you seen it? Its most distinguishing feature is the buttoned-up high-neck collar. It starts at the base of the wearer’s neck and creeps up rather dangerously all the way until it caresses or clasps the jawbone of the wearer, depending on the width of his neck. I call it the “strangulator”. This must be the latest trend in men’s fashion, given the number of times I’ve recently observed it being worn.

The strangulator was the shirt of choice for many a young man seen at the ANC’s recent gala dinner in Kimberley to celebrate the party’s 98th birthday. There was no air conditioning in the full-to-capacity venue in the township of Galeshewe. For the women, it was merely the melting makeup and glistening faces that gave away our discomfort, but the young men nervously pulled and tugged at their high-necked collars, desperately wishing, I reckon, that they’d stuck to their yellow or red party T-shirts worn earlier in the day — depending on which side of the current alliance divide they stood.

Just as the heat in the room was about to induce some of us to faint, in waltzed Khanyi Mbau on the arm of her latest beau, sending temperatures sky-high. The man by her side, Theunis Crous, had seemingly not received the message from the cool kids in town because he appeared to be wearing a normal shirt.

However, what has cemented the strangulator’s status in my mind as the “it thing” among the bling-bling generation is what I observed last Friday. I was having dinner at my favourite restaurant, Allora in Sandton. It being a balmy summer’s evening, we decided to sit outside in the garden. The garden happens to be opposite that trendy and well-known party hangout, Taboo. It turned out that presidential spokesperson Zizi Kodwa was throwing his 40th birthday party that evening, reportedly under the theme of “style and fabulous glam”. As the guests filed past us during the course of the night, they didn’t disappoint. The who’s who of Johannesburg’s young and racy social set certainly lived up to the dress code. It was fascinating to watch. The young women were dressed in colourful and glamorous barely-there dresses and the guys, almost to the last man, wore — you guessed it — “the shirt”.

Now, the problem with what I suppose is meant to be a stylish shirt is that it isn’t flattering to everyone. Tall and lean men can pull off wearing them beautifully, but it is the more stout and sturdy-necked types (of which there are many) that I’m worried about. I’ve watched with great apprehension and concern where the girth of the wearer’s neck threatened either to collapse the starched collar under the strain of the weight, or the stiff collar was so high it appeared as though it would choke the wearer. I suppose necks do tend to thicken when everyone is lined up at the feeding trough and being well fed by BEE deals and tenders.

I’m always intrigued by why certain things or behaviours become iconic in popular culture and society. My view on “the shirt” is this. It has replaced those dreadful pointy BEE shoes as the defining symbol of a brother who has done well or is politically connected. You could say it marks the end of an era. The Thabo Mbeki years saw the advent of conspicuous consumption with the politically connected, cash-flush brother playing golf, smoking cigars and sipping whisky while wearing those hideous pointy shoes. Now, in the Jacob Zuma, era it seems the consumption has morphed into crass materialism. The new “tenderprenuer” — as Blade Nzimande has so cleverly defined this character — will sip champagne, court celebrities, throw lavish parties and dress in only the finest, stiffest, highest-collared shirt this side of Paris. This is our generation.

The shoes and shirts are not a symbol of our discerning style or taste. They are bought and worn merely to display to those around us that we’ve arrived. What success is being measured, though? Is it many years of working with dogged determination at a profession? Does the success come about as a result of someone having created, built or invented something? Chances are it’s not.

Research shows us that South Africa has surpassed Brazil as the most unequal society in the world. So while the shoes get pointier and shirt collars longer, the number of people with no schooling, no shirts on their backs and no shoes on their feet is growing exponentially. They will make us pay the price.