In defence of Justice Richard Goldstone 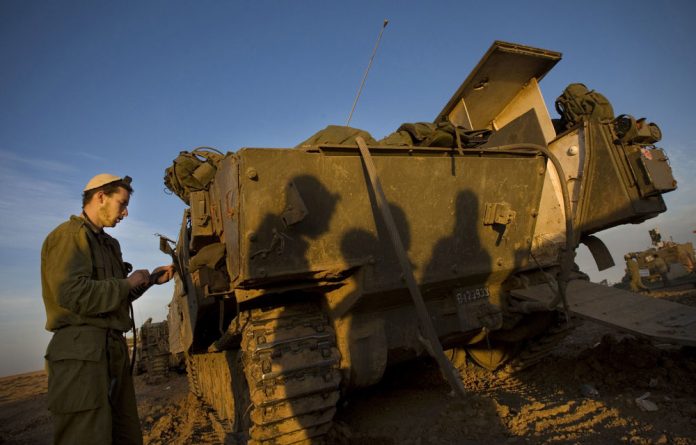 We are concerned about the attacks made on the integrity of Justice Richard Goldstone following the report of the United Nations Fact-Finding Mission on the Gaza conflict, made public on September 25 2009.

Goldstone was the head of the mission, but there were three other members. They were:

The mandate of the mission, whose report was unanimous, was to enquire into whether there were any violations of international law (which would include international humanitarian law and international human rights law) by both the government and army of Israel and by Hamas, which is in control of the Gaza Strip. The mandate also required it to review related actions in the entire occupied Palestinian Territory and Israel.

The mission interpreted its mandate as requiring it to place the civilian population of the region at the centre of its concerns regarding the protection to which they were entitled under international law.

Hearings were held in Gaza and Geneva. Some critics accuse Goldstone of hearing one side only.

It is not our intention to express a view on whether the findings of the mission were correct or not. Views differ on this. Our concern is that Judge Goldstone, an eminent South African judge, has been accused of bias, dishonesty and improper motives in being party to the report of the mission.

For instance, Jack Shapiro in the South African Jewish Report (October 30 2009) wrote: “Goldstone became a Nationalist Party judge. In those days only Nat ‘Boeties’ became judges. Did this start the ball rolling? Was this the start of a new career for him? A world personal ambition?”

This theme was also advanced in scurrilous emails that were widely circulated attacking his integrity.

We have known Richard Goldstone as a friend for more than 50 years, and have followed his career as a colleague at the Bar, as a judge of the Transvaal Provincial Division, as a judge of the Appellate Division, and as a justice of the Constitutional Court. Our answer to Shapiro’s rhetorical question is an emphatic “no”.

Not every judge appointed during the apartheid era was a supporter of apartheid. There were a number among them, including Goldstone, who accepted appointment to the Bench in the 1970s and 1980s in the belief that they could keep principles of the law alive. They included Michael Corbett, Simon Kuper, Gerald Friedman, HC Nicholas, George Colman, Solly Miller, John Milne, Andrew Wilson, John Didcott, Laurie Ackermann, Johann Kriegler and others.

There is a considerable body of evidence that they discharged their functions with courage and integrity. This is recognised in the report of the Truth and Reconciliation Commission, which observed that “there were always a few lawyers (including judges, teachers and students) who were prepared to break with the norm”. Commenting on such judges, it says “they exercised their discretion in favour of justice and liberty wherever proper and possible . . . and [the judges, lawyers, teachers and students referred to] were influential enough to be part of the reason why the ideal of a constitutional democracy as the favoured form of government for a future South Africa continued to burn brightly throughout the darkness of the apartheid era”.

Goldstone was one of those judges. For instance, his decision in the case of S v Govender in 1986 that no ejectment order should be made against persons disqualified by the Group Areas Act from occupying premises reserved for the white group, without enquiring into whether alternative accommodation for such persons was available, was a blow to the apartheid regime and contributed substantially to that legislation becoming unenforceable in parts of the country.

He was the founding chairperson of the National Institute for Crime Prevention and the Reintegration of Offenders (Nicro), which looks after prisoners who have been released; he exercised his power as a judge (not often used by other judges) to visit prisoners in jail; he insisted on seeing political prisoners indefinitely detained to hear their complaints; and he intervened so as to allow doctors to see them and where possible to make representations that their release be considered.

After the release of Nelson Mandela he played an important role in persuading his colleagues on the Bench to accept the inevitable changes that were likely to take place in the political and judicial structures.

Former president FW de Klerk, with the concurrence of the then-president of the African National Congress, Nelson Mandela, appointed Goldstone as the chairperson of the commission to investigate what became known as hit-squads or third-force organisations within the army and the police.

His reports exposed high-ranking officers, who were obliged by De Klerk to resign, and other ­members of the security forces, and he made findings that police had unlawfully shot at unarmed protesters and recommended that they be charged with murder.

Threats to his life were made, and his name was on the hit list produced in court as part of the state case against the killers of Chris Hani in 1993.

Some who have criticised him say that as a Jew he ought not to have accepted a mandate to enquire into the events in Gaza. We do not agree. Religion and ethnicity are irrelevant to the capacity for judging with integrity.

Others ask why he has shown no concern about human rights violations that have been and are being committed elsewhere in the world. This was not part of his mandate as head of the fact-finding mission.

But his career, from the time he was chairperson of the Wits University SRC campaigning against the exclusion of black students to the present time, shows a long commitment to the protection of human rights and a concern for their protection in all parts of the world.

He is a member of the boards of Physicians for Human Rights, the International Centre for Transitional Justice, the Salzburg Global Seminar and the Centre for Economic and Social Rights. He is a director of the American Arbitration Association. He chairs the advisory boards of the Institute for Historical Justice and Reconciliation and the Brandeis University Centre for Ethics, Justice and Public Life.

In April 2004, he was appointed by the secretary general of the UN to the Independent International Committee, chaired by Paul Volcker, to investigate the Iraq Oil for Food programme. He is co-chairperson of the Human Rights Institute of the International Bar Association. He chaired a UN committee to advise on appropriate steps to preserve of the archives and legacy of the International Criminal Tribunals for the former Yugoslavia and Rwanda.

From August 1994 to September 1996 he served as the chief prosecutor of the UN International Criminal Tribunals for the former Yugoslavia and Rwanda, a post he accepted at the request of then-president Mandela, who considered it an important affirmation of the post-apartheid South African judiciary.

One trenchant critic of the report, Moshe Halbertal, has said: “A mere denunciation of the report will not suffice. Israel must establish an independent investigation into the concrete allegations that the report makes. By clearing up these issues, by refuting what can be refuted, and by admitting wrongs when wrongs were done, Israel can establish the legitimacy of its self-defence in the next round, as well as honestly deal with its own failures.”

That is a more appropriate critical response to the report of the mission than the vituperative attacks on Goldstone’s integrity by some of those who disagree with the mission’s report.

Putting science on the continental agenda

A day to weigh up the continent

Public participation in education under threat