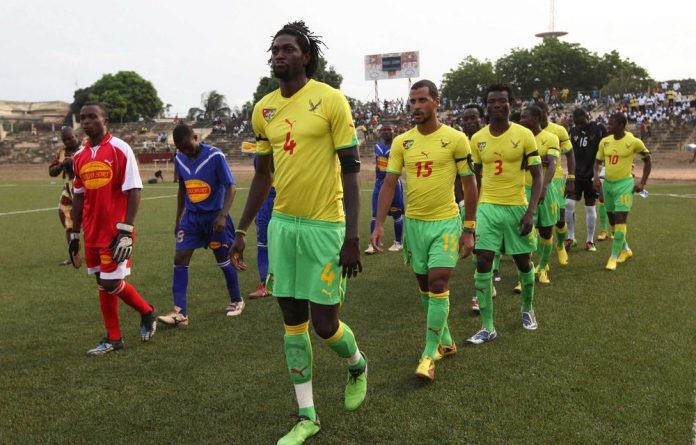 Togo has filed a legal complaint against the African Football Confederation (CAF) for failing to protect its team from a deadly attack as it travelled to last month’s Africa Cup of Nations, legal sources said on Thursday.

Togo’s national football team was forced to quit the tournament on January 10 after two members of their delegation were shot and killed during an ambush as their bus arrived in Angola’s restive enclave of Cabinda.

As Togo grieved the deaths and amid unheeded calls for CAF to cancel the whole event, Togo government officials ordered the team back to the country.

That decision not to participate, however, ultimately led CAF president Issa Hayatou to ban Togo from the 2012 and 2014 editions of the tournament because of “governmental interference”.

The CAF’s decision was met with widespread astonishment in Luanda and elsewhere.

The state of Togo and relatives of the two victims are now plaintiffs in a suit in a French court targeting the CAF and one of the two rebel groups which claimed responsibility for the attack, whose leader is based in Paris.

Relatives of the two victims hold the CAF responsible for “failing to assure the safety of the team from injury or death,” a legal source said, although the French court must still determine whether it has the legal right to act upon the complaint.

The state of Togo also holds the FLEC-PM (Forces for the Liberation of the State of Cabinda-Military Position) responsible for “acts of terrorism”, “assassination and attempts to assassinate”.

“This is going to continue, because the nation is at war,” Mingas said. “Weapons will continue to talk. This is our home, and it’s time Angola understood that.”

The attack occurred as the Togo convoy drove into Cabinda from Congo-Brazzaville, leaving players cowering under their seats during a 20-minute gunbattle with security forces.

A Togo assistant coach and a team spokesperson were killed and goalkeeper, Kodjovi Obilale, was among the injured.

Although the incident cast a pall over the tournament, CAF declared the show must go on.

Togo were favoured to reach the latter stages of the competition, and the decision to ban the team from the next two editions has apparently compounded their feelings of frustration.

Togo captain Emmanuel Adebayor, who plays club football for Manchester City, called it an “outrageous decision” and called for Hayatou, a Cameroonian, to step down.

“Mr Hayatou has served Africa extensively, but now he must leave,” said Adebayor. “They do not care about the voice of the world … We were obliged to return, and there was nothing we could do.” — AFP