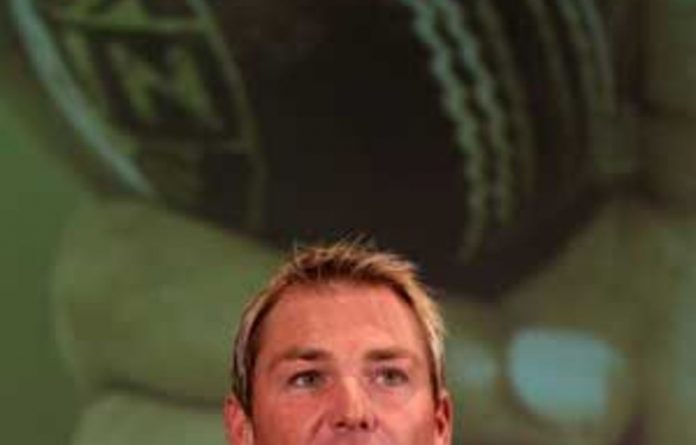 Shane Warne said he wished he was “20 years younger” as he helped unveil plans for a new global Twenty20 alliance.

India’s Rajasthan Royals, where Warne is both captain and coach, are the driving forced behind a scheme to create a worldwide Twenty20 brand.

The other teams involved include English county Hampshire, a team Warne once captained, South Africa’s Cape Cobras and West Indies’ Trinidad and Tobago.

Talks are also in progress to bring on board Victoria, Australia’s domestic Twenty20 champions and the side where leg-spin great Warne initially made his name as a professional cricketer.

The Royals family
All of the teams taking part will now carry the “Royals” suffix in their domestic Twenty20 competitions and play each other in a series of matches, with the first edition planned for England in July.

Organisers hope to stage a second ‘Royals Twenty20’ in either Australia or South Africa in December, with a third edition pencilled in for either Jaipur or the Middle East in early 2011.

It is envisaged players from each member of the ‘Royals family’ could be shared between the teams in an exchange system.

That could offer the chance of year-round cricket for those yet to reach full international standard and allow talented youngsters to gain experience of different conditions.

There are also proposals for teams from New Zealand, Pakistan, Sri Lanka and Bangladesh to join the Royals 2020 once the event was established.

“I’m so excited by this,” said Warne.

“It would be nice to be 20 years younger,” added the 40-year-old. “I am delighted to be part of this new innovation, and I am excited by what we can achieve, given what we have already achieved.

“Yet again, the Royals are leading the way,” added Warne who led the franchise co-owned by Bollywood actress Shilpa Shetty to victory in the inaugural IPL in 2008. “It is a bonus that clubs with which I have such deep affection are so involved.”

Guaranteed to succeed
British-based businessman Manoj Badale, the Royals’ other co-owner, who was alongside Warne, had no doubt the new venture would be a success having seen a near capacity crowd of some 23 000 turn up at Lord’s last year for a Twenty20 match between his side and Middlesex.

“The response that we have had from fans overseas over the past two seasons has convinced us to expand our ambition,” Badale said.

But even though the proposed new event will be an addition to an already congested fixture schedule Morris insisted it wouldn’t cause “burn-out”, saying: “I think at international level there’s no doubt that they’ve got scheduling problems.

“But I think that Twenty20 cricket is becoming more and more important to the international player. He plays very little of it at the moment, and we want to fit alongside the domestic calendars.

There are one or two windows in that, and we don’t want to conflict and compete with them.”

However, Badale confirmed his organisation had yet to hold talks with governing bodies such as the England and Wales Cricket Board.

Meanwhile Warne, who emphasised how the Royals Twenty20 would, as the IPL had done, give opportunities to up-and-coming players as well as providing a platform for retired Test stars such as himself, thereby reducing the chance of anyone getting “burnt-out”, promised fans truly competitive cricket.

“When we talk of festivals, it’s about the fun aspect, the enjoyment of Twenty20 cricket,” said Warne.

“As far as the cricket goes, if I’m bowling to Dimitri Mascarenhas and he’s playing for Hampshire, I promise you it will be competitive.

“These will be competitive games that are fun to watch, with a festival atmosphere. Whether it’s with cheerleaders, fireworks or music, it’s all about the fans having fun.” — Sapa-AFP