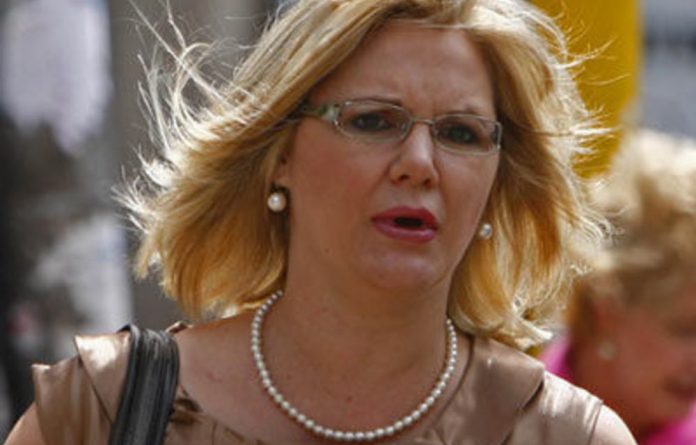 Cezanne Visser, also known as Advocate Barbie, was “psychologically imprisoned” when she committed sex acts with underage girls, a psychologist testified on Thursday.

Clinical psychologist Micki Pistorius told the High Court in Pretoria that Visser knew she was committing crimes when she molested young girls and women.

She, however, continued because she was under the influence of her then lover Dirk Prinsloo.

Under the influence
“She was in love with him. She could not have known that there would be perverse sex, like sex with animals, sadomasochism and sex involving faeces and urine,” said Pistorius.

“That type of conduct, in contrast with how she was before, clearly shows how she had assimilated his [Prinsloo’s] values. When she left him, she went back to her conservative ways and she now again attends church.”

Pistorius said Visser was a textbook example of a battered woman, who had such low self-estee that she was a “sitting duck” for Prinsloo.

“Her own moral values were broken down and, in contrast with these values, she broke the law and involved other innocent victims,” said Pistorius.

Visser was found guilty of 11 of 14 charges including indecently assaulting three girls of 11, 14 and 15, sexually assaulting two women and being a beneficiary in the assault of a third.

She was also convicted of defrauding a children’s home by pretending she was married to convince them to let her and Prinsloo take children into their care.

Hunting ‘prey’ for Dirk
Prinsloo, who skipped the country while out on bail during the trial, was sentenced to 13 years in prison by a Belarus court last month for theft, assault and attempted bank robbery.

He still faces sex-related charges in the High Court in Pretoria.

On Thursday, the prosecution conceded that a former girlfriend of Prinsloo in Belarus appeared to have had the same experience as Visser. Known only as Anastasia, the 23-year-old woman reportedly testified in Prinsloo’s trial in Belarus that he physically abused her and threatened to kill her and her mother.

Prinsloo was acquitted on charges relating to this abuse.

Pistorius said Visser’s initiative to “hunt” and “find prey” for Prinsloo was part of the process of breaking her down, as she constantly had to think of new ways to satisfy his sexual fantasies and keep him occupied.

“She was found guilty. I have no dispute with it that she acted unlawfully. But if he [Prinsloo] was not there, she would not have committed the crimes,” Pistorius said.

Asked by Acting Judge Chris Eksteen how Visser’s remorse could be reconciled with the fact that she did not admit guilt and tried to evade conviction, Pistorius reiterated that Visser had to some extent taken responsibility for what she did.

Pistorius said Visser had told her she wanted to face her victims and tell them she was sorry.

Final arguments on Visser’s sentencing will be presented on Friday. – Sapa