Can gay footballers ever come out? 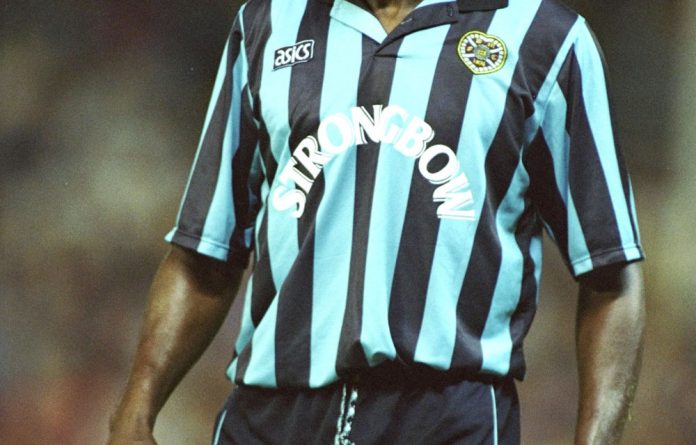 He dreaded going to work with his colleagues. By the time he got into training, he was so nervous he felt sick. “I was like a bullied kid on his way to school to face his tormentors,” wrote Graeme le Saux, the former England and Chelsea defender, in his autobiography.

For 14 years, Le Saux endured the taunts of everyone from teammates and players such as Robbie Fowler, who bent over in front of him and pointed at his backside during a match, to thousands of vociferous fans chanting obscenities. The cultured left-back was, in a sense, England’s first outed footballer. And he was not even gay.

Le Saux’s experience, just because he took an interest in the arts, read the Guardian and was not part of the game’s laddish drinking culture, was so traumatic that he considered quitting football. Far worse, however, were the years of abuse suffered by Justin Fashanu, the only professional English footballer to come out as gay, who took his own life in 1998.

The Justin Campaign, named in honour of Fashanu, is just one of a group of diversity and gay rights organisations that expressed “grave concerns” this week when England’s Football Association (FA) hurriedly cancelled the launch of a film intended to confront homophobia.

Previously, it was reported that the FA had been struggling to find high-profile players to support the film. Now, English football’s governing body will conduct further consultation on the hard-hitting video that shows a man abusing workmates and commuters with anti-gay taunts before doing the same at a football match. It may never be released in its current form.

Homophobia widespread in the game
While English football’s administrators dither, homophobia endures in the modern game. The stadiums may be plusher than ever, but they still reverberate to offensive anti-gay chants and homophobic “banter” is widespread in dressing rooms.

But of 4 000 professional footballers in England and Wales, none will openly acknowledge they are gay. Paul Elliott, the former Chelsea and Celtic star who works with football diversity campaign group Kick It Out, has said at least 12 Premier League players are gay. After Thomas came out, the publicist Max Clifford revealed that he advised two high-profile gay premiership stars to keep their sexuality secret because football “remains in the Dark Ages, steeped in homophobia”.

The Professional Footballers’ Association has taken advice from Amaechi on how to tackle homophobic abuse in the game. “There’s no point beating around the bush,” says its chief executive, Gordon Taylor. “Football is a macho world but then so was the armed forces and that has changed.”

Who is to blame for the repression and prejudice hanging over football? Abusive fans? Homophobic teammates? Or the stuffed shirts at the FA and leading clubs who haven’t a clue about the modern world?

Ben Summerskill, chief executive of lesbian and gay rights group Stonewall, describes football as “institutionally homophobic” and says the FA is significantly behind other workplaces in tackling the problem. “The FA has been in denial at a senior level and until recently they did not acknowledge that there was any serious problem,” he says.

Traditionally homophobic, macho and conservative professions such as investment banking and the armed forces are, according to Summerskill, significantly better at addressing homophobia than football.

“It’s ironic that the work we’re doing with the army is much more advanced than what is happening in football. We’re sending openly gay and lesbian people to fight in Afghanistan, but we can’t send openly gay people to fight for the World Cup this summer.

“The chiefs and generals in the armed services understand that people perform better when they can be themselves at work — you feel more comfortable and are more productive — and that will be true of professional football, when it finally happens, as well.”

Breaking down barriers
Rather like Le Saux, former Scotland International Pat Nevin was teased in the dressing room by fellow footballers for his esoteric tastes. “I was interested in the theatre and the arts and so I got the ‘you must be gay’ thing — to which I sniggered and said, ‘I’m not and I don’t care if you think I am’,” he says.

During his playing career for Everton and Chelsea, Nevin was closely involved in the first anti-racism campaigns in football. But, perhaps surprisingly, he says he feels slightly differently about homophobia in the game. He believes the football world would quickly accept gay players and there are actually no insurmountable obstacles to them coming out; it is just up to them to reveal their sexuality.

“You hate to see homophobia out there and you don’t want to hear it or have it in the clubs, but if there are any gay players they should just come out. That may sound heartless, and I am sure if you are gay there are all sorts of fears and worries, but I do think football can probably cope with it.”

Clifford believes that it is unlikely a premiership star will come out in the near future but that if they do they are likely to be established, experienced stars with long careers behind them and little to lose.

Summerskill says he would be surprised if we did not see an openly gay footballer within a decade. But he does not believe high-profile players have a moral obligation to come out, even if it would undoubtedly help thousands of other young people — and footballers — wrestling with their sexuality. — © Guardian News & Media 2010

Ongoing hate speech, whether in person, among people or on social media, that is directed at vulnerable groups can lead to violence and death
Read more
Africa

Learning to live my truth as a gay person

I was 22 years old before I was open about my sexuality. I hope others won’t have to wait so long
Read more
Opinion

Being a mensch first, Edwin-style

Above all, Justice Cameron learned and taught that you can never judge anybody by their cover
Read more
Health

This country has upheld its ban on gay sex. Here’s why it could be deadly.