How green is your Valentine? 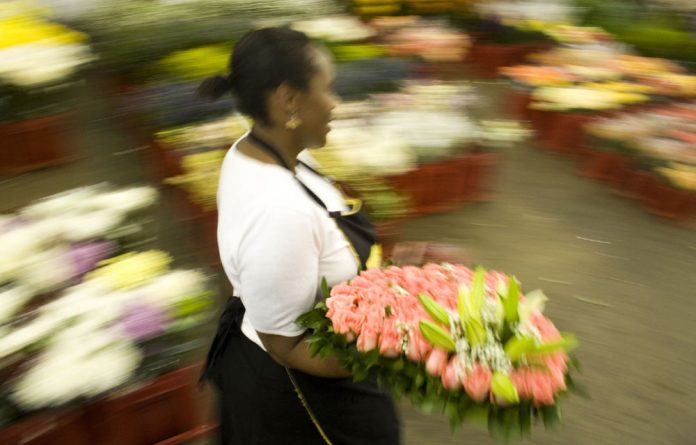 How green is your St Valentine’s Day bouquet? Are you, for example, thinking about indigenous proteas as the environmentally friendly option?

Fynbos is South Africa’s floral fashion of the moment — a proudly South African product that creates jobs and, you might think, helps conserve the Western Cape’s unique plant kingdom.

And it doesn’t carry the heavy carbon footprint of cut flowers that have travelled thousands of kilometres by plane. Tulips from Amsterdam are a definite no-no.

But beware. Green activists warn that the bargain fynbos bouquet you bought from the store on the corner might hide an ugly truth.

Because of its current popularity, illegal harvesting of fynbos species is taking place on a massive scale, with freelancers venturing into the veld, stripping plants and selling the flowers to middlemen for a song — with no benefit to the environment or local communities.

“People pick all the fynbos and it ends up in a shop being sold for about R25,” said Frieda Lloyd, business developer for Flower Valley, a wild-harvested fynbos business that sells flowers locally and in the United Kingdom.

Lloyd said that her company tried to harvest wild flowers sustainably, ensuring that fynbos species grew stronger in the following season. “Just tripping into the veld without permission or a plan is not sustainable, as it puts a lot of pressure on various species,” she said.

Flower Valley receives contracts from farm owners to harvest on their farms, placing an obligation on the landowners to care for the fynbos under their stewardship and provide jobs for locals.

Flower Valley has a partnership with Cape Nature and has launched a sustainable label, Fynsa, that will be available in Pick n Pay stores on February 14. The British chain store Marks & Spencer, for example, makes extensive use of the Fynsa tag.

Lloyd said a fynbos bouquet should cost at least R50 if it has been sustainably harvested or bought from one of the Cape’s protea farms. Environmentalists have come to realise that putting a hefty price on flowers can contribute to their conservation.

The Cape Floral Kingdom is threatened by habitat loss and climate change. The other environmental snag is that flowers available from a local vendor may look like proteas and even smell like them, but may not be the real thing.

Lloyd warned against a new trend where vendors were importing cheap Australian proteas, called waratahs, either as seeds or plants, which might be illegal in terms of South Africa’s strict agriculture importation laws.

“It is seen as a funky protea, with a bit of a ragged-cut look. But it could do South Africa’s biodiversity a lot of damage as an alien plant,” she said.

In contrast with Europe most other popular flower types are locally grown in South Africa, meaning that they carry a small carbon footprint. But as there is little environmental consciousness in the country, many have been reared using pesticides and unsustainable farming practices.

Flower shops contacted by the Mail & Guardian this week insisted it was almost impossible to calculate the green pedigree of flowers and none of them could say whether they were sourced from a sustainable farming operation.

The only pointer might be a label indicating the flowers were cultivated using organic methods.

A flower shop owner in Randburg objected: “No one has ever asked me about the environmental history of the flowers. Price matters. Of course I won’t go out and look for ungreen flowers, but hardly anyone in the industry really focuses on this.”