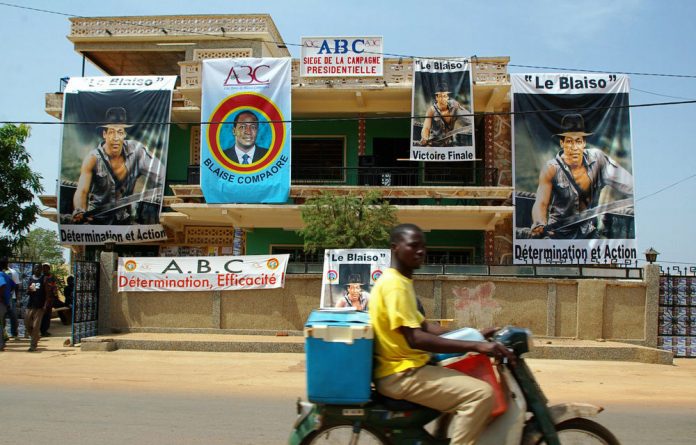 A cop from Burkina Faso wrote the last book I read. It was the week the president of Niger decided to change the Constitution. I was at a workshop in Ouagadougou, the capital of Burkina Faso, with politicians from Niger and five other West African countries. Those from Niger were, understandably, a little on the nervous side.

Their president, Mamadou Tandja, was to end his second and final term of office, but a quick change of the rules allowed him to stick around for at least another three years. My book safari led me to a novel that doesn’t condone this sort of thing.

In between sessions on managing the media in crises, I stumbled upon a bookshop just around the corner from where I was staying. I was looking for a restaurant recommended by a friend. The place is run by nuns and, according to my friend, let’s call him Nick, the food is good and so is the wine, but what’s really special is the singing. I was told that the nuns sing once they’ve delivered the food to your table. The nuns and their restaurant were eventually located. They weren’t singing that night and the food was mediocre. My luck was better on the book front.

Diacfa is one of the best African bookshops I have found on my travels. The Romanian manager led me directly to an entire wall of books by Burkinabe authors and recommended several. As I was working with politicians, Le Monarque Democrate (The Democratic King) caught my attention.

Aimé Désiré Héma has written one novel and this is it. His day job is in uniform as a gendarme in Burkina Faso. In such a position Héma could be expected to know a thing or two about how government and, in particular, leadership works. He’d already been an officer for four years by the time Blaise Compaoré came to power in a coup during which President Thomas Sankara was overthrown and executed. The two were allegedly friends and there’s more than a hint at this type of treacherous “friendship” in the pages of his book.

The Democratic King is about the kind of Africa Héma dreams about — a continent free of corruption, where food security, health and education are the main concerns of whoever happens to be in charge.

Madjo, the main character, becomes king of Gwafo when his father, Bomba, dies. Shortly after assuming the throne a rebel colonel stages a military coup, which is followed by a period of tyranny, violence and decline. Eventually the locals rise up, kick out the army and demand elections. Madjo decides to put his popularity to the vote.

In the pages that follow Héma provides a series of lessons for politicians who see elected office as an extended session at the trough.

The author is a wise man who is obviously trying to do much more than simply tell a story. After winning the Charles Helou prize for francophone writers, he explained why, as a gendarme, he feels compelled to write: “Writing allows me to say the things I want to say that cannot be said out loud in my profession.”

Meanwhile, back at the workshop, an Ivorian participant thanked me for my efforts but hastened to add that, for the time being, political and military crises in his part of the world were handled effectively by deploying the presidential guard.

The Democratic King is published by Burkina Livres (Ouagadougou) and was reprinted most recently in 2009. Sadly, the book cannot be found in South Africa, but it can be found on Amazon.fr if a trip to Burkina Faso is out of the question. Also visit www.burkinalivres.org

The SADC has been lackadaisical in its response to the insurgency in Mozambique and in so doing, is putting several other southern African countries at risk
Read more
Education