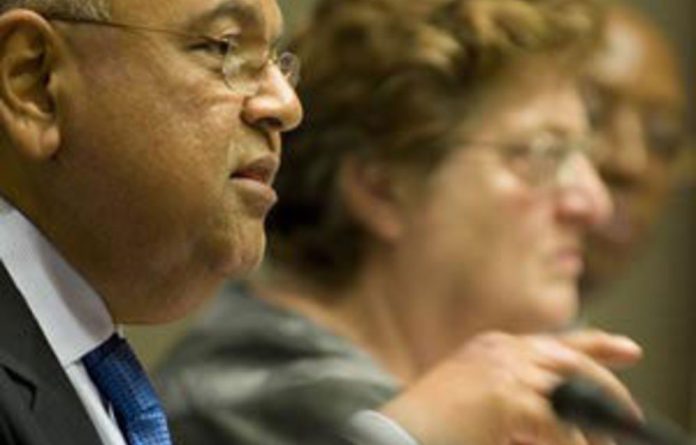 Finance Minister Pravin Gordhan said on Wednesday there was no need to change the South African Reserve Bank’s existing inflation target band, saying the bank had new flexibility to tolerate inflation out of the range for some time if need be.

Gordhan earlier said in a budget speech to Parliament that the Reserve Bank would continue to pursue its 3% to 6% inflation target, despite suggestions from the government’s labour union allies that it be scrapped or widened.

“There’s no need to change the target, let’s manage what we have, let’s leave ourselves with some certainty about where we want to go,” Gordhan told Reuters in an interview.

“There are new tools and flexibility that we have created for the Reserve Bank, which helps it to achieve whatever it is that it wants to achieve,” he added, saying he had spelt this out in a letter to Reserve Bank Governor Gill Marcus.

Despite 500 basis points of reductions in interest rates between December 2008 and August last year, the left says interest rates are still too high, and have hit hardest debt-ridden, poor South Africans also struggling with job losses after last year’s recession.

“The new mandate of the Reserve Bank … says very clearly that whilst its core mandate is to attend to inflation, the way it goes about it must now take account a whole range of factors which include employment, which includes balanced and sustainable growth,” Gordhan said.

“We want to continue with the engagement both with the Reserve Bank, the Treasury and the government more generally. We believe we are at the beginning of a new way of doing things.”

Non-volatile exchange rate
Gordhan said the Treasury would like less volatility in the exchange rate, saying the rand’s sharp swing from about 7,40 to 7,70 against the dollar in the last couple of weeks was of concern.

“The carry trade is beginning to have a negative impact on many developing countries, and that is something that we are concerned about,” he said.

“More than anything we want a stable, non-volatile, competitive exchange rate. In the last two weeks it has gone from 7,40 to 7,70. Those kinds of changes are something that businesses find problematic.”

“As long as importers and exporters are happy that they have the kind of stability that they require for their business to grow and for them to make further investments, we will be happy.”

Asked if South Africa, which expects growth of 2,3% in 2010, after a contraction of 1,8 % last year, could get back to expansion levels of about 5% seen before the economic downturn, Gordhan said: “Definitely. I think South Africa has the energy and the creativity to be able to increase its growth potential over the medium term.”

“The way in which this country has grown before is not good enough, it doesn’t give us the jobs that we require,” he added. — Reuters