‘No middle finger to prez’ 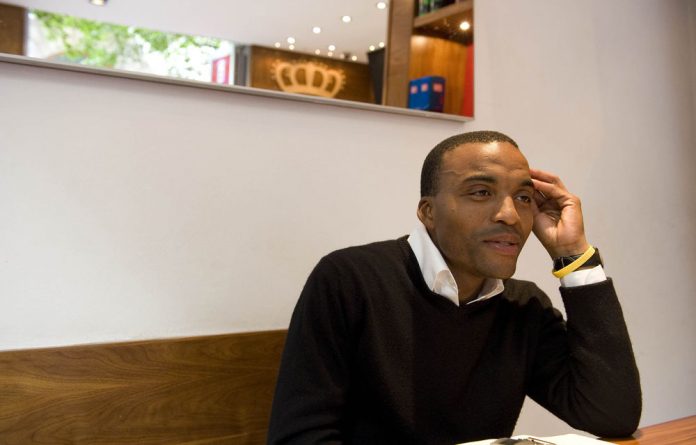 A cellphone call to VIP protection unit police officers behind a presidential motorcade issued a chilling order: “Arrest that young man. He has disrespected the state president.”

This is what 25-year-old University of Cape Town sociology student Chumani Maxwele was told by police at Mowbray station last Wednesday night, after three men leapt out of a black BMW X5 with AK-47s and arrested him while he was jogging. The incident happened at 6pm in full view of motorists on De Waal Drive.

Maxwele claimed he had gestured for the cars to move on because of their sirens. “I waved my hand, ‘hamba, hamba’, because the noise was very excessive,” he said. “I think there were six cars and all of them seemed to have sirens going.”

The student alleged the VIP unit had fabricated the story that he had pointed his middle finger at the state president and sworn at the police.

The Mail & Guardian tracked down a jogger who witnessed the incident. Asking not to be named for fear of retaliation, the jogger said: “I was jogging behind him and I saw him wave on the cars. I didn’t see him putting up his finger.”

But police spokesperson Zweli Mnisi claimed that Maxwele had “pointed his middle finger” at the president. “This is a gesture that is synonymous with swearing and showing disrespect,” he said.

“When police stopped to question him about his actions, he then became aggressive and began to swear at them. They then arrested him and charged him with crimen injuria and resisting arrest.” Mnisi refused to say whether the charges against Maxwele had been dropped.

Presidential spokesperson Vincent Magwenya said the arrest was a “police matter”. Asked if Zuma had been aware of Maxwele’s arrest by his VIP protection unit, Magwenya said he did not want to drag the president into the affair. “Since the police took this action, they must explain themselves to the public.”

This is the latest in a series of dubious incidents around the country involving the VIP protection unit, which Democratic Alliance leader Helen Zille described this week as the “presidential blue-light bullies”.

Clearly shaken, Maxwele was uncomfortable sitting at a sidewalk café with the M&G as he was concerned he was being tailed by police.

Describing his arrest, he alleged he had been shoved into the vehicle and his hands tied with a cable behind his back. “We drove for a few minutes but they could see I was looking at them, so they pushed me on to the ground,” claimed Maxwele. “They said, ‘Who do you think you are?'”

Maxwele said the ranting continued while they drove and it was only at this point he realised that this was a presidential motorcade. “They said to me, ‘How can we hate white people who disrespect the state president, and now here are you, a black person, disrespecting the state president.’ Then they got a big black bag and they pulled it over my face so I couldn’t see anything,” he claimed. “It was horrifying and I was paralysed. I felt unable to breathe.”

Maxwele said the men removed the bag from his head at the president’s residence in Rondebosch and asked for his name and ID number. The policemen were apparently from Pretoria and had to ask for directions to Rondebosch police station, where he was introduced in the charge office: “Here is the man who disrespected the president.” A Rondebosch policeman said the reason Maxwele had been arrested was “nonsensical”; he then was transported to Mowbray police station.

“Again, they introduced me as the man who disrespected and insulted the president. They were laughing and joking that I had said the president had seven wives. I kept trying to set the record straight.”

Maxwele alleged he was kept in a cell without a bed overnight and offered no food. When he tried to sleep on the floor, he was told to sit on the chair. He was taken to the Wynberg court the next morning, where he was placed in a communal cell. At 4.30pm he was released, without appearing in court.

The KwaZulu-Natal chairperson of the Congress of the People’s youth movement, Mthokozisi Myende, claimed he was threatened at gunpoint by a member of the VIP protection unit after he witnessed an accident on Tuesday. He has laid charges at the Greenwood Park police station.