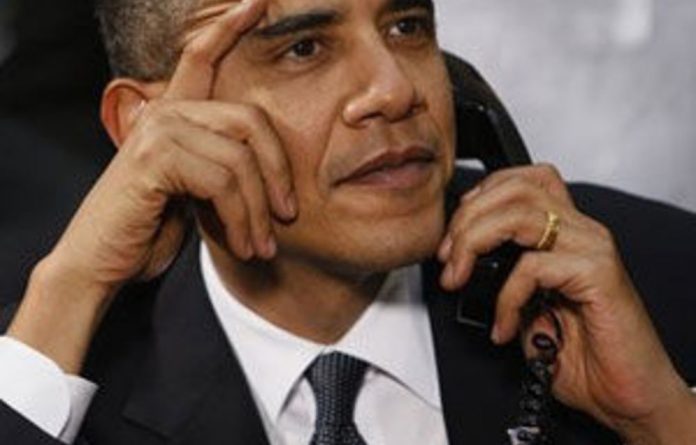 President Barack Obama on Monday unveiled his own plan to overhaul the United States healthcare system by providing cover for 31-million uninsured people and cracking down on exorbitant premium hikes by insurers.

The proposals, which mould aspects from two Bills that have passed Congress, were published on the internet as promised 72 hours before a key “summit” with Republican leaders who have sought to block passage and derail Obama’s agenda.

The plan is widely seen as an attempt to transform his top priority healthcare plan from a political liability into a trump card to outwit Republicans who have built their resurgence on blanket opposition.

Obama aimed to tap into a new supply of political support arising from the recent decision by Anthem Blue Cross of California to raise premiums by as much as 39% from March 1.

It proposed going further than the existing House and Senate Bills and giving the federal government new powers to block what is deemed excessive rate increases by health insurance companies.

It would grant the federal health and human services secretary the power to review and block such increases and called for the creation of a new Health Insurance Rate Authority made up of health industry experts.

“The president’s proposal strengthens this policy by ensuring that, if a rate increase is unreasonable and unjustified, health insurers must lower premiums, provide rebates, or take other actions to make premiums affordable.

“A new Health Insurance Rate Authority will be created to provide needed oversight at the federal level and help states determine how rate review will be enforced and monitor insurance market behaviour,” it said.

Obama claimed his reforms would reduce the US budget deficit “by $100-billion over the next 10 years — and about $1-trillion over the second decade — by cutting government overspending and reining in waste, fraud and abuse”.

Last chance
Thursday’s live, televised meeting at Blair House, across the street from the White House, could be Obama’s last chance to pass the plan, which has stalled in Congress with painful consequences for his political authority.

The talks may also dictate battle lines for mid-term congressional elections in November and have deep implications for Obama’s slowed presidency.

Obama may benefit politically whichever way the meeting turns out, a factor that has some Republicans smelling a trap.

If his foes compromise on radically different versions of healthcare, the president will likely get the credit, and finally get his signature reform through Congress.

But if they simply block him, Obama can say Republicans thwarted the bipartisanship that voters across party lines tell pollsters they want to see.

Publication of the plan was a significant moment, with Obama finally taking ownership of the health reform legislation, as pundits have criticised him for allowing Democratic lawmakers to dictate the content of his plan.

Obama threw down the gauntlet to his foes at a town hall meeting on Friday in Las Vegas.

“The Republicans say they have got a better way of doing it. I want them to put it on the table … Show me what you got.”

The Republican leadership has so far only sketched broad legislation on healthcare. They face claims by Democrats that their version would leave tens of millions of people uninsured, a point Obama will likely make at the Blair House meeting.

Polls show that health reform is not the top concern of most Americans in the aftermath of the economic crisis, with unemployment close to 10%.

A Washington Post/ABC News poll this month found that 43% of those asked approve of Obama’s handling of healthcare, while 53% disapprove.

Months of wrangling on the Bill in Congress, and the inability of the Democratic Party to pass it, have further soured the public.

They are now calling on the White House to shelve a bid to pass the healthcare legislation through “reconciliation”, a process used for budget and deficit Bills that requires only 50 votes. — AFP