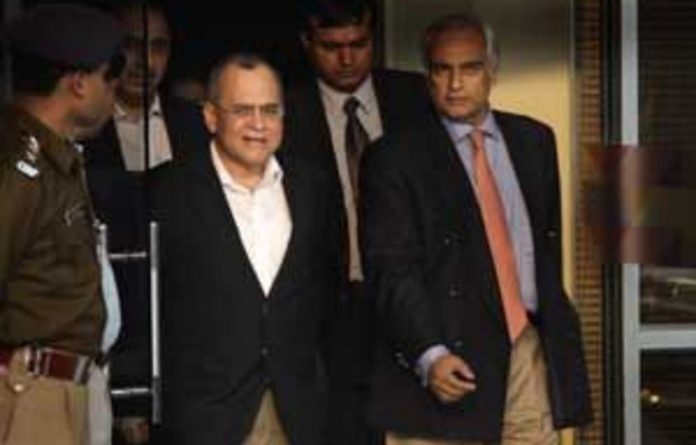 India and Pakistan hold their first official talks since the 2008 Mumbai attacks on Thursday, a meeting that is unlikely to lead to an immediate breakthrough but may help thaw their frigid relations.

Any progress that the two nations’ foreign secretaries — their top diplomats — may make could have a direct bearing on Western efforts to stabilise Afghanistan, where India and Pakistan have long engaged in a proxy war for influence.

But before any progress can be made, the two countries have to agree which subjects should be covered — India wants to focus on terrorism, Pakistan on the disputed Himalayan region of Kashmir that has been the cause of two of their three wars.

“While no one is going to prejudge the outcome of the talks, terrorism will remain the focus for us,” an Indian official said.

Pakistan Foreign Secretary Salman Bashir told reporters before arriving in New Delhi on Wednesday: “It’s an open agenda and nothing is excluded.

“Pakistan’s credentials in counter-terrorism are second to none and the international community appreciates Pakistan’s efforts,” he said.

‘We want meaningful dialogue’
“We want a dialogue, but we want a meaningful dialogue … if India restricts the agenda or narrows it to its own immediate needs, then I’m afraid not much progress will be achieved,” he said during a visit to China this week.

The talks come amid a foreboding sense in India that the bombing of a popular bakery in the western city of Pane this month, which killed 13 people, may herald more attacks.

If that happened, it might make it politically difficult for India to build on whatever progress is made on Thursday.

India broke off official talks after the Mumbai attacks, saying dialogue could resume only if Pakistan acted against militants on its soil that New Delhi blamed for the carnage.

Re-engaging Pakistan was a politically fraught move for New Delhi, given the strong Indian public opinion against talks, but a nudge from Washington and dwindling diplomatic options saw India reaching out to Islamabad.

Washington sees better India-Pakistan relations as crucial so Islamabad, not having to worry about its eastern border with India, can focus on fighting the Taliban on its western border with Afghanistan.

United States pressure apart, India’s willingness for dialogue with Pakistan now could be aimed at boosting the credibility of the civilian government in Islamabad in the face of military hawks in the army and its military intelligence, Indian analysts say. — Reuters

The Ukraine-Russia standoff is a watershed moment for Nato