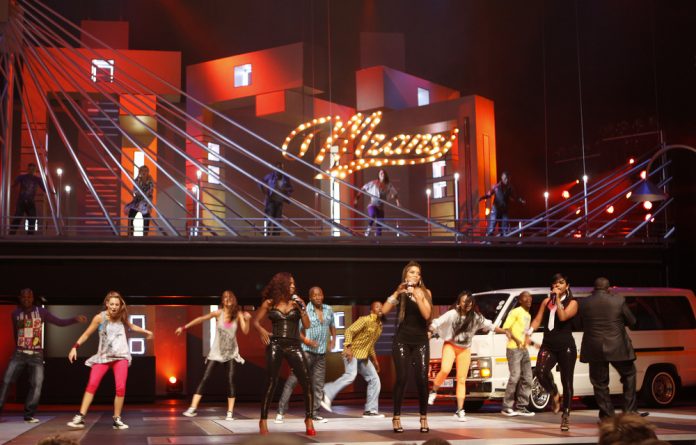 It wasn’t a difficult decision to make. It was a choice between hot-footing it to Pretoria for the Safta Awards at the State Theatre on Saturday or kicking off one’s shoes in the lounge and watching it on the telly. At least at home one could get a drink without having to hazard the highway.

At any rate, given the low-key nominations announcement at Atlas Studios in Richmond last November, it seemed the Saftas would be like a wedding that follows a funeral. Something had died — or was in a coma — or so we were led to believe when the production sector took to the streets to call for the resignation of the SABC board last June, and the Safta announcement took place in this atmosphere.

Unlike previous nominations announcements there was a definite air of gloom when the fourth Safta instalment was unveiled to the media. Snacks were scarce and those who arrived hardly pimped their wardrobes. (Who remembers the day-long party at the Walter Sisulu National Botanical Gardens in Roodeport two years ago?)

But at the State Theatre last Saturday night, if the live transmission was to be believed, all was forgotten. Anyone hoping to witness an industry in the doldrums would have been disappointed. It put on a brave face and came out kicking.

Host John Vlismas took the audience seamlessly through his shtick of lighthearted provocation mixed with typical Jo’burg pessimism. The opening stage was done up as a street in Newtown. We were under the Nelson Mandela Bridge and the likeness was satisfying — it had a kind of toy-town niceness to it and the dancers who arrived in a minibus taxi were choreographed to be sexual and carefree without irony.

“It’s not the real bridge,” Vlismas quipped, “because all the lights are functioning and the steel is still there.”

Later the comedian told the winners they could walk away with their awards “because we’ve cleared it with security”.

Unsurprisingly the theme this year was the South African Story. While the sentiment is admirable it failed to strike a chord until John Kani, who won a Lifetime Achievement Award, translated it into real terms for everybody. “Why are we not good enough to play Mandela, to play Winnie?” he pleaded tunefully, characteristic of Kani when he’s on a mission. What he was referring to, of course, was the recent fight he joined against the casting of Jennifer Hudson by director Darrell Roodt as Winnie Madikizela-Mandela in an upcoming biopic.

Actresses Uyanda Mbuli took Kani up on the challenge a couple of awards later when she presented Denise Newman with her award for Best Actress for her role in the tearjerker Shirley Adams. Actress Motshabi Tyelele told the crowd in her acceptance speech for Best Supporting Actress in Nothing but the Truth, “I can play Winnie by the way.”

An actress who didn’t put in an impassioned plea for the role was President Jacob Zuma’s daughter, Gugu, who appears in the soapie Isidingo.

Mafela was the only award winner who made reference to last year’s standoff between the production sector and the public broadcaster, however obliquely.

In general, the night was given to bridge-building and everybody behaved like angels.

A hint of anarchy would have served the theme well — after all, that too is part of the South African story.

For a full list of Safta award winners go to www.nfvf.co.za

"To build my ability to convey, I kept on living this life [of being a vessel] and trying to submit to it so that the messages would become clearer and I could get a deeper understanding of what they were."
Read more
Advertising
Continue to the category
Coronavirus