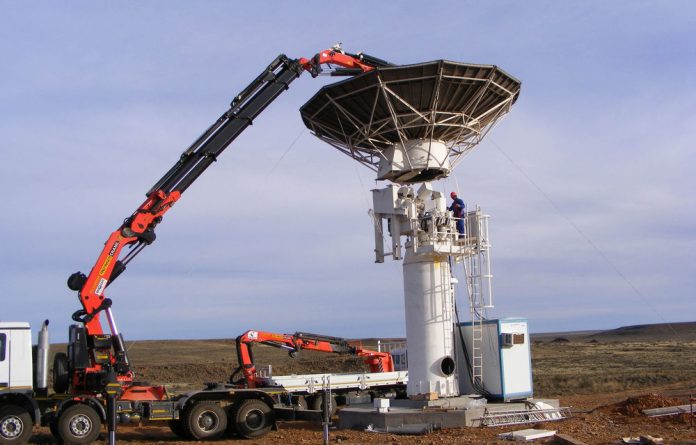 The disciplinary hearing of top South African astronomer Phil Charles has opened a rift between Science and Technology Minister Naledi Pandor and the National Research Foundation (NRF), which suspended Charles and has subjected him to a lengthy disciplinary hearing.

Pandor called last week for Charles’s hearing to be concluded speedily — it started on February 11 in Cape Town, was postponed until Tuesday this week and then again to next Wednesday.

Her department has officially denied any rift with the NRF, which it funds.

The Mail & Guardian reported at the beginning of the month that the NRF had suspended Charles, director of the South African Astronomical Observatory, allegedly because he discussed optimal sites for the headquarters of the world’s biggest proposed radio telescope, the Square Kilometre Array (SKA), with other scientists.

Scientists told the M&G this week that they were outraged that the matter had dragged on for so long. Top international scientists were shocked to hear of his suspension, voicing fears that it might endanger South Africa’s bid to host the R20-billion international SKA radio telescope project.

South Africa and Australia are both bidding to host the project, which aims to construct a radio telescope with a collecting area of a million square metres.

Patrick Thompson, group executive for human resources at the NRF, confirmed that Charles’s hearing continued on Tuesday after being postponed on February 11.

“This was a continuation of the adjourned session of February 11 wherein evidence by witnesses of Professor Charles was given,” he said. “This week’s proceedings were adjourned after the final witness testified.”

He said the proceedings would resume on Wednesday next week with the cross-examination of the final witness and the presentation of closing arguments. “Thereafter the chairperson will consider the evidence and make a ruling after a few days.”

Last week the Cape Times reported that Pandor had tried to intervene in the dispute by meeting the NRF. But the foundation told her that she had no jurisdiction in the matter and that it would proceed with the disciplinary inquiry in terms of its rules and procedures.

In a letter to the paper, Pandor’s adviser, Nasima Badsha, wrote: “The minister was informed that the NRF had decided to proceed with the disciplinary inquiry in terms of its rules and procedures. The minister has no statutory jurisdiction in the matter, which is between employer and employee. However, she continues to monitor the matter through her department.”

Sources close to the science and technology department said the minister and senior department officials were concerned about the negative publicity and any fallout the Charles saga might have in international scientific circles.

Pandor’s spokesperson, Lunga Ngqengelele, took a more reconciliatory line this week, insisting that there was no division between the minister and the NRF.
He said the minister hoped that Charles’s hearing would be concluded speedily.

“The minister has not taken a position on the charges,” he said.

“The hearing is a matter between the NRF and its employee as such. The department is not a participant,” he said.

Pandor is responsible for appointing the NRF’s board following a public nominations process. The board then holds the NRF accountable.

Ngqengelele said the NRF received its budget from the department, which played an important role in providing policy direction and monitoring the achievement of its stated goals and objectives.

“The minister also meets the individual boards and executives of the science councils, in particular, to discuss their strategic goals and objectives.”