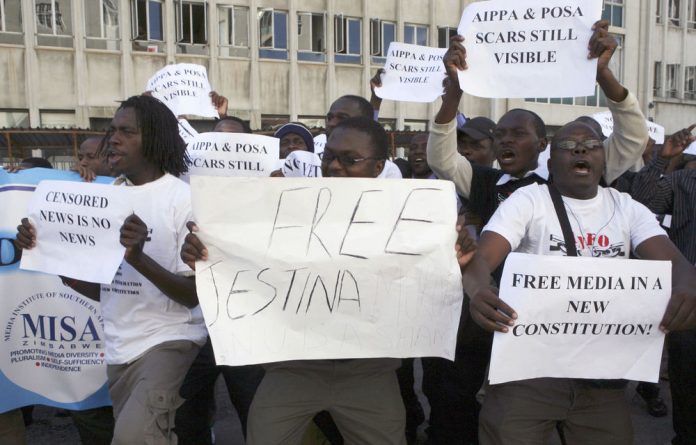 The detention of a foreign journalist hired by the Zimbabwean government hasn’t done much to help the country’s reputation. Jason Moyo reports

Walter Mzembi, Zimbabwe’s sprightly tourism minister, has spent the past year working to project the image of a country finally moving forward.

Hoping to convince the Mexican football team to camp in Zimbabwe ahead of 2010, Mzembi flew in a Mexican journalist to film a documentary in his home town, Masvingo, site of the ancient city that gave Zimbabwe its name and one of the country’s top tourist attractions.

But security forces are unaccustomed to allowing foreigners with cameras free range. Despite the journalist travelling in Mzembi’s car, driven by the minister’s own driver, and carrying all the relevant documents, he was still detained.

It was an embarrassment for the government, drawing an angry response from Mzembi, who calls himself “Zimbabwe’s PR manager”.

“We cannot attract tourists if we do not look at our law and order,” says Mzembi, who is from President Robert Mugabe’s Zanu-PF party.

But the incident was more than just an embarrassment: it showed how little has changed in the authorities’ attitude towards the media.

Last year the government and the BBC made an event of the BBC’s first open broadcast from Zimbabwe in years. Since then, large foreign networks have trooped back in.

The government is eager to portray a new image to the world, so foreign journalists will have easier access to government corridors than local journalists. But even months after bans on foreign media were lifted, local newspapers remained banned. Hopes have now been raised after a new media council was announced last week to replace the previous partisan commission.

Raphael Khumalo, from the ZimInd Group (whose owner, Trevor Ncube, is the majority shareholder of the Mail & Guardian) has waited for months to launch a new daily.

He told The Standard newspaper that he hoped the new media body would start work immediately and speed up the licensing of new publications.

Nhlanhla Ngwenya, head of the Zimbabwe chapter of the Media Institute of Southern Africa, said the new media commission was only “the first step towards comprehensive media reforms”.

“We hope the government will complement this with the repeal of such laws as the Access to Information and Protection of Privacy Act, the Broadcasting Services Act and other obnoxious provisions in other Acts which hinder media freedom,” said Ngwenya.

Despite its monopoly having been struck down by the courts nine years ago, ZBC, the state broadcaster, remains the country’s only broadcaster, still feeding viewers a diet of pro-Mugabe propaganda. This has driven millions of Zimbabweans to buy decoders that illegally download free-to-air foreign channels.

Media watchdogs worry that violations continue despite the unity government. Earlier this month two directors of a distribution company for The Zimbabwean newspaper, published in London, were charged for publishing “falsehoods” over a story on Zanu-PF factionalism. The South African National Editors’ Forum condemned the harassment.

“Sanef calls on the Zimbabwe government to respect the principles under which the unity government was formed — one of those being the removal of restrictions on the media and the restoration of press freedom — and to end the persistent harassment of the media.”

According to the recent report, Attacks on the Press 2009 by the Committee to Protect Journalists, up to 48 journalists have left the country since 2000 as a result of “sustained harassment”.

Power players in Zimbabwe’s media
Godfrey Majonga
Godfrey Majonga, head of the new Zimbabwe Media Council, will have the tough job of leading media reforms in the face of strong resistance to change.
Majonga was a television anchor in the 1980s, but his career was cut short after a fall from the balcony of a Harare apartment left him partially paralysed. But he carved a new career path heading the Danhiko Project, a training centre for the physically handicapped. There has been some criticism of his appointment because Grace Mugabe is a Danhiko trustee, but his appointment has generally been welcomed by journalists. His council mostly includes former journalists and lawyers.

Rugare Gumbo
Zanu-PF’s newly appointed information secretary will have a lot to say about how media reforms turn out. A key mandate from Zanu-PF is to ensure the closure of “pirate radio stations” run by exiled journalists. The party says no reform can be discussed before the stations are closed down, but critics say the foreign broadcasts are a direct result of Zanu-PF’s media crackdown.

Webster Shamu
Information Minister Webster Shamu is an ex-journalist and a Zanu-PF hardliner, despite earlier indications that he would reach out to independent media.

He was one of the first black broadcasters in the former Rhodesia and was later involved in nationalist broadcasts into Zimbabwe from Mozambique during the liberation struggle.

He edited Zanu-PF’s mouthpiece, The People’s Voice, before becoming a minister in 2004.

Key media houses
Zimbabwe has one broadcaster, the ZBC, which has one television station and four radio channels. The station remains openly loyal to Zanu-PF.

Zimpapers is the largest news­paper group. It is majority owned by the government, but Old Mutual and other private interests hold shares. Zimpapers owns several titles, including the country’s only two dailies, which are loyal to Mugabe.

The main independent houses are the ZimInd Group, which publishes two weeklies and intends to launch a daily, and the Financial Gazette, which also plans a daily.