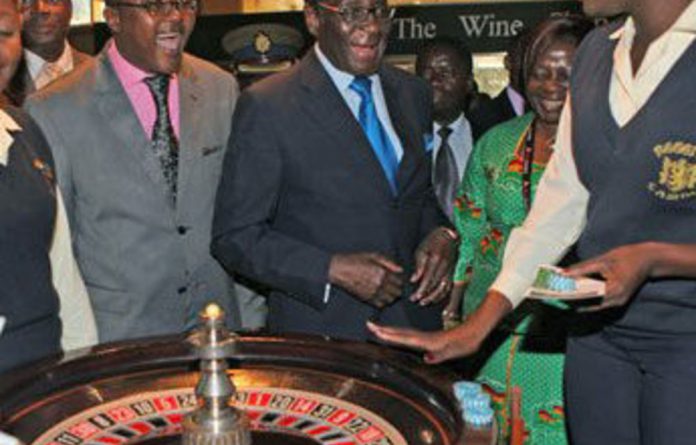 Zimbabwe’s President Robert Mugabe celebrates his 86th birthday on Saturday with a lavish party as the economy struggles to recover from crisis, showing no sign of planning to retire after 30 years in power.

Mugabe’s Zanu-PF party will fete the veteran ruler, whose birthday was actually on February 21, with an all-night concert among festivities which some critics estimate will cost $500 000.

A power-sharing government set up by Mugabe and his bitter rival Morgan Tsvangirai, now prime minister, has stabilised the economy after the crisis which many Zimbabweans blame on Mugabe’s policies. But aid agencies say over two million Zimbabweans will still need food aid this year.

Government workers, who earn an average $160 per month, went on strike this month to press for higher wages, while the majority of the population lives below a $1 a day.

“Holding these huge celebrations, even as civil servants strike for better wages, shows that the inclusive government has done nothing to change the arrogance of Zanu-PF, which insists on maintaining a personality cult around its leader, Mugabe, by nationalising what should be a private affair,” said John Makumbe, a veteran political commentator and Mugabe critic.

“It also shows the party’s priorities are not in line with the people’s aspirations.”

Zanu-PF will stage the party in Bulawayo, a city controlled by Tsvangirai’s Movement for Democratic Change (MDC)

Critics say the combative Mugabe, who looks fit for his age, should step aside for a younger leader. But he won a fresh five-year mandate to lead Zanu-PF at its congress last December. Mugabe would be 89 at the next elections, which are expected in 2013.

Choosing own partners
Zimbabwe stands by a new law requiring major foreign firms to sell 51% to locals, but will allow companies to choose their own partners, a Cabinet minister said on Friday.

Firms will be allowed to identify partners and charge “fair” prices for their shares, Indigenisation Minister Savious Kasukuwere said.

“The debate around indigenisation is dead,” Kasukuwere told delegates attending a conference in Bulawayo.

“We are not about to re-open the debate, it is law now.”

“Foreign investors will identify their own local partners and agree on the value of the assets or the proposed transaction, the terms and conditions of payment without government involvement,” the minister said.

“We welcome foreign investors, but we are also saying Zimbabweans must also lead. It will be a tragedy for the lives of the 14-million people to be in the hands of the few,” he said.

Kasukuwere insisted the scheme was not a nationalisation of private firms, saying there would be “no seizure. There is no free lunching. Government supports fair pricing.”

Law rejected by prime minister
The Indigenisation and Empowerment Bill was passed by Parliament in 2007 and later signed by Mugabe in 2008 — before the creation of a unity government.

Tsvangirai has rejected the law, saying it was published without due process. But Mugabe has repeatedly defended the law and said foreign companies would be “foolish” not to comply.

The law will affect the local operations of companies such as Standard Chartered Bank, Barclays and platinum mining giant Zimplats, among others.

Business leaders fear the law will result in a flight of capital and hamstring Zimbabwe’s efforts to attract foreign investment. Under the unity government last year, Zimbabwe posted 4,9% economic growth, the first time the economy grew since 1997.

Voting rights
The International Monetary Fund decided on February 19 to restore Zimbabwe’s voting rights after a seven-year suspension over failure to pay $1,3- billion it owes the organisation and other creditors.

The decision by the IMF’s executive board constitutes a first step toward endorsement of the economic policies of the coalition government.

The IMF said Zimbabwe has started reducing the $140-million it owed the Washington-based lending organisation at the end of 2009.

But IMF officials said it has to produce a programme to settle debts to other creditors, such as the World Bank and bilateral lenders, that total $1,3-billion before IMF lending can resume. – AFP