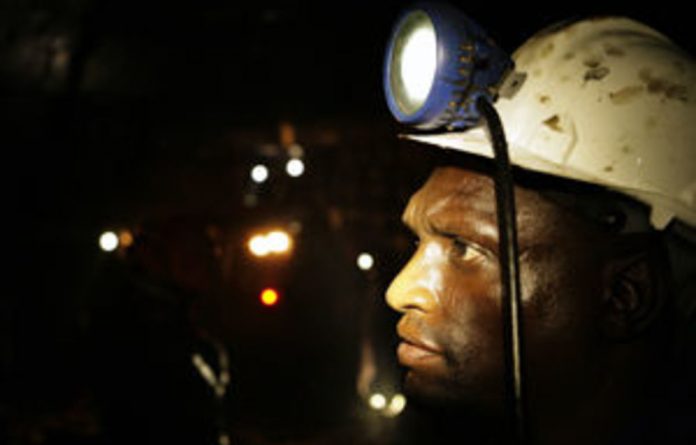 Mineworkers Investments Company (MIC) chief executive Paul Nkuna believes there is still much to be done in driving employment equity, especially the inclusion of black women in the top management of companies.

Nkuna, who has been instrumental in growing the MIC from a small company owned by mineworkers into an institution that controls assets of more than R10-billion, said the inclusion of black women should not be confined to human resources and finance.

‘More often than not, black women are thrown into a ‘white laager’ without support and are set up for failure because of the hostile environment. This hostility typically can include workplace bullying, deliberate grouping up against the black female executive concerned, thus ensuring that she fails in her position,” he said.

Nkuna’s comments this week came in the wake of Black Management Forum president Jimmy Manyi’s announcement that legislation will be passed this year to ensure companies comply with employment equity policy.

Manyi said last week that black South Africans were not advancing because companies were deliberately rejecting and excluding them. ‘Responding to non-compliant companies has been very slow. They should be given fines on the spot.”

Companies found to have broken employment equity law would face ‘heavy fines” amounting to 10% of turnover, and would be named and shamed.

Manyi said many people still didn’t understand what employment equity was about. ‘It is the fastest way to ensure that social justice is actualised … we can achieve it only when everyone in the country feels at home. Africans don’t feel that way.”

According to the South African Labour Guide, employment equity is intended to eliminate discrimination and achieve equitable representation of employees from designated groups in the workplace.

Manyi called for the sacking of chief executives who had not embraced transformation, saying they had no vision. ‘They are driving the economy down by being racially selective.”

Nkuna said that although some companies could confidently say they had transformed, many had made a poor attempt to drive empowerment.

The concept of BEE recently came under enormous scrutiny, with many saying that it has merely feathered the pockets of the rich and left the majority of black people still unable to access equal rights and opportunities in the business sector.

In the early phase of BEE, Nkuna said, the South African economy as a whole grappled with the basic building blocks of the concept.

In many cases funding mechanisms were not favourable to emerging BEE players and often the initial focus in BEE transactions was on core ownership numbers, without taking transformational issues such as employment equity, skills development, skills transfer, affirmative procurement and enterprise development into account.

‘The next phase in the country’s BEE evolution, beginning in the early 2000s, was the emergence of the broad-based black economic empowerment focus. This focus articulated the urgency of empowering a far broader base of South Africans in the transformation of the national economy.

Today transformation … focuses on the development of partnerships that are able to advance the wider spread of economic empowerment, rather than focusing on individuals and the ownership they hold in companies,” said Nkuna.

‘Where initially many BEE companies had little influence in their partners’ businesses, today core players have an equal relationship and are beginning to truly influence the strategic and operational direction.”

Nkuna said many South African companies do not truly understand the notion of employment equity. ‘In the early stages of BEE many companies had a black shareholder, but this was just window-dressing. Many have gone back to the basics and have done it properly,” he said.

‘Empowerment has to be a business imperative. It is meant to provide the same opportunities for all and impart skills to the previously disadvantaged. If a company is genuinely devoted to empowerment, the benefits are invaluable for the country.”

As a result MIC’s challenge is to move steadily towards being far more than just a one-dimensional provider of BEE within its investments.

Since investing in Primedia, MIC has worked with the management team to ensure the group progressed from a company with limited empowerment to one that was the most empowered in its sector. Primedia has made huge strides in the transformation of its workforce.

At board level 57% of nonexecutive and executive directors are black, the executive level is 100% black with middle managers at 42% and at junior management level the figure is over 60%. Overall 77% of all employees are black.

Nkuna predicted that the economic recession could accelerate black economic empowerment. ‘The economic recession has made the economy rely more on the tourism sector as well as state-owned enterprises. The banks are cautious to lend money but they are more ready to lend money to government projects that include infrastructure projects, transport and the building of capacity for state-owned companies like Eskom,” he said.

‘We could see an emergence of more companies with a scorecard that accurately reflects BEE in order for them to service government enterprises. However, there is still a long road ahead for genuinely effective broad-based black economic empowerment.”