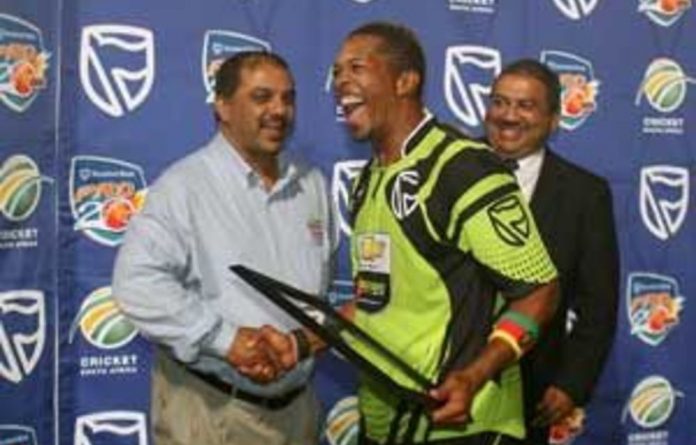 The Warriors have bookeed their spot in the Standard Bank Pro20 final afte beating the Cape Cobras by 10 runs at Newlands on Wednesday.

As finalists, the Warriors have also qualified to play in the Indian Premier League (IPL) Champions League which will be hosted later this year in South Africa.

In the semifinal first-leg played a week ago in Port Elizabeth, the Warriors won by three runs.

After the Warriors had won the toss and elected to bat they scored 121/6 in their 20 overs which on a bouncy Newlands wicket should have been an easy target for the home side to chase down.

However, after the loss of early wickets cheaply, the Cobras were never able to recover and after 20 overs they folded at 111 runs, 10 runs short of the victory target.

The Warriors’ new-ball pair of Makhaya Ntini and Rusty Theron did the most damage and helped themselves to two wickets each. Ntini was particularly impressive as he managed a maiden and his other three overs went at a cost of only 12 runs.

The only Cobras batsmen to offer meaningful contributions were Andrew Puttick (24), Justin Ontong (28) and Justin Kemp (29) who clobbered the only six in his side’s innings.

Earlier, the Warriors innings appeared to be heading for a total just under the 100-run mark but a lucky let-off for Johan Botha saw the Eastern Cape visitors capitalise and reach 121 runs.

Part-time wicketkeeper Andrew Puttick, appeared to have gloved a stunning catch from Johan Botha’s bat off Charl Langeveldt’s bowling, but the umpires ruled in favour of the batsman, five balls into the 18th over.

To add insult to injury, Botha cracked the next two balls he faced for six and together with a very willing Craig Thyssen, they produced an undefeated sixth-wicket stand of 58 runs, and at a rate of nine runs to the over. It was the only partnership to exceed a run rate of six runs to the over.

Botha eventually finished with 29 not out off 27 balls, including a four and two sixes. At the other end Thyssen scored 28 not out off 18 balls and he cracked two boundaries one of which cleared the ropes.

The only other Warriors batsman to pass the 20-run mark was opener Ashwell Prince who scored 25 runs off 27 balls.

The most successful bowler in the Cobras attack was skipper Kemp who picked up two scalps for eight runs in a two-over spell.

The Warriors, who have now won the best-of-three-semifinals, will go to meet the winner of the Titans-Lions semifinal play-offs. — Sapa