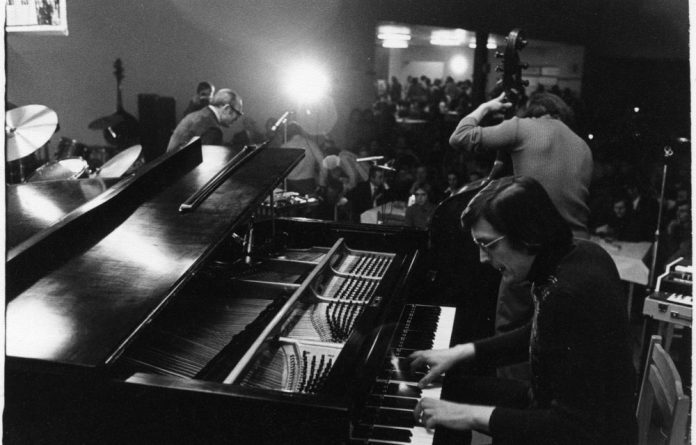 Politics and music have more often than not been uneasy bedfellows, so when the Soviet tanks rolled into Prague in 1968, some of the country’s musicians were on the receiving end.

A new series of reissues by boutique label Vampisoul is shining a spotlight on the personal stories of these musicians and the music that got them banned by the Czechoslovakian communist state.

A case in point is the career of Marta Kubisová, the most popular of Czechoslovakia’s female singers in the late Sixties.
Vampisoul’s new reissue compilation, Ne! The Soul of Marta Kubisová, focuses on the period from 1966 to 1970, during which she recorded for the Supraphon label, backed by various orchestras and the famous Czech band The Golden Kids.

This period provided some of the funkiest grooves to be recorded in Czechoslovakia at the time. But Kubisová soon became a thorn in the side of the communist regime because she chose to sing about the oppressive political situation in her country.

By the end of 1969 Kubisová’s music had completely disappeared from radio and television and in February 1970 she was banned from performing live, a ban that lasted until 1989 with the collapse of the Eastern Bloc. But thanks to Vampisoul her music lives on with this fantastic 25-track compilation.

Imagine a soulful psychedelic sound somewhere between the outputs of US labels Stax and Motown, with a singer who has the presence of Jefferson Airplane’s Grace Slick.

The second Vampisoul reissue in the series compiles the recordings of one of Czechoslovakia’s most renowned jazz composers and arrangers and is dubbed The Funky Way of Emil Viklicky.

In 1971 Viklicky gave up his mathematics studies to focus on a career as a jazz musician and by 1974 he had teamed up with guitarist Lubos Andrst, whose hard rock band, Energit, had just been banned by the communist state.

Together the two musicians transformed Energit into an exciting jazz-rock combo, as evidenced by the 13-minute Ráno (Part 1, Kash Edit).

Viklicky also collaborated with jazz singer Eva Svobodová, recording her with a jazz trio as she moved away from Dixieland jazz towards modern jazz.

Also included are five of Viklicky’s recordings with Bill Frisell, Kermit Deriscoll and Vinnie Johnson, fellow students from when he studied at Boston’s Berklee College of Music.

These recordings are funky as hell and fans of the work of American jazz pianist Herbie Hancock should be instantly hooked.
Vampisoul is planning further releases from Viklicky’s catalogue, including some unreleased Big Band recordings of his jazz-funk tunes.