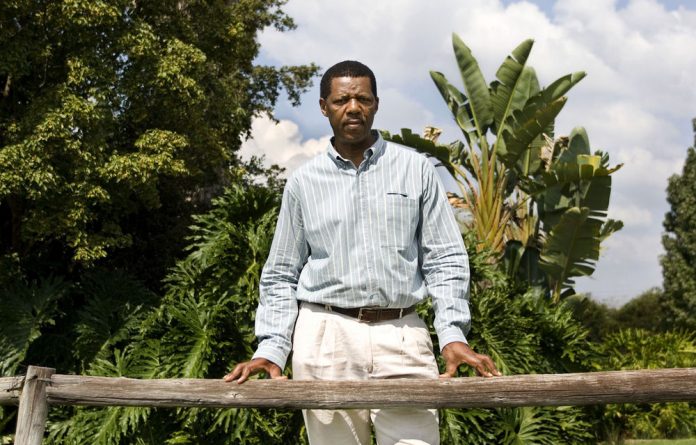 Exiting home affairs director general Mavuso Msimang has admitted that he failed to root out rampant corruption in his department during his three-year tenure as a turnaround specialist.

“I didn’t really get on top of corruption,” Msimang (68) said in an interview this week. “It’s a difficult one to crack because it requires a comprehensive approach that involves improved administration and information technology systems and a very cooperative public.”

Msimang said the arrest and prosecution of more than 100 employees for corruption was of little comfort because the problem was far more widespread.

“We’ve beefed up security measures, but my honest assessment is that we still have a long way to go.”

The security of South African documents remained vulnerable, said Msimang, but moves were afoot to improve that. To cut identity fraud, the department launched a countrywide campaign to encourage birth registration, as this was the key to obtaining an ID.

But Msimang was sceptical about the prospects of the success of what was intended as a two-year campaign.

“The unfortunate thing is that we do not know where people are. Many are not born in hospitals,” he said.

There were also financial constraints, as well as a shortage of officials to drive the campaign.

Msimang conceded that home affairs is “weak on the IT front”, adding: “We use probably among the most sophisticated and expensive IT equipment, but home affairs doesn’t have the IT skills required to run the system. And that means you’re compromising your documents.”

Behind the skills shortage lie inadequate salaries, he said.

Another major project that came to a standstill was the introduction of smart-card IDs. The department cancelled a R5-billion tender to replace the green identity books after confidential information about the tender was leaked to the media from the State IT Agency (Sita).

Msimang said it had later emerged that the department could not afford the smart cards in any event, because the funding was not included in the budget.

Home Affairs Minister Nkosazana Dlamini-Zuma told Parliament this week that the department planned to make funds available for new ID cards in the next financial year.

Smart cards have been in the pipeline for almost a decade and former president Thabo Mbeki announced in 2008 that a pilot project would be launched by the end of that year. Msimang said it would now take a minimum of a year to introduce them.

Msimang’s endeavour was the second attempt at a turnaround strategy in home affairs — the first, under former director general Barry Gilder, failed.

Msimang said the shortage of expertise in the department largely explained why it had not met all its targets. Bureaucratic government procedures had frustrated his efforts to attract skills.

“I accepted the job on condition that government would let me bring in people from outside and pay them market-related salaries. That wasn’t done,” he said. “You have to jump through so many hoops.

“If it was a private company I would’ve resigned, but it’s our government. I tried, but it was like climbing up a greased pole.”

Pointing to his successes, he said that when he took office in 2007 it took about 140 days to get an ID book. By last December, the turnaround time was 27 days, or two weeks in some cases.

Long queues at home affairs offices have been reduced as applicants can check the status of documents online or through call centres rather than visiting the branches. They also receive free text messages telling them when the document is ready for collection.

Of his long-running battles with Parliament’s home affairs committee, particularly its former chairperson, Patrick Chauke, Msimang said: “We were caught in a very difficult situation when Parliament began asserting itself over the executive.

“Previously, ministers and senior government officials did not take Parliament seriously and MPs felt they couldn’t discharge their oversight responsibilities.”

Msimang believed, however, that some MPs had set out to rub him up the wrong way. “I thought some people were trying to push me around. “I expressed myself and that got me into trouble.”