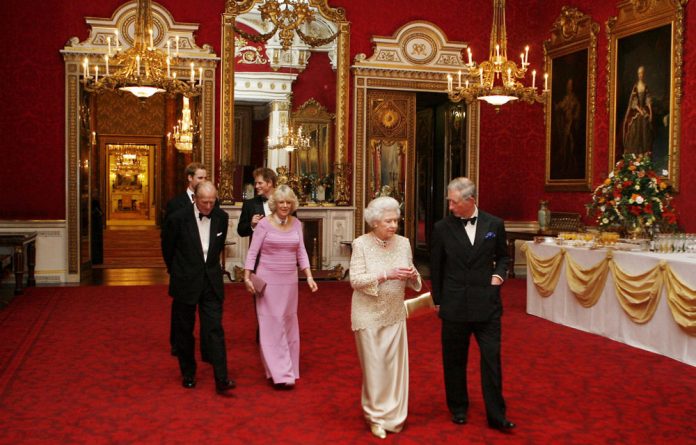 Possibly the only British citizen not troubled by Jacob Zuma’s state visit to the UK this week is the queen, host of his two-night sleepover at her house. In 58 years on the throne the British monarch has put out the welcome mat for more sleaze than Lolly Jackson on a Saturday night at Teazers.

Our sister paper in the UK, the Guardian, has made the point that over the decades there has been a steady stream of “ropey state visitors” to Buckingham Palace. The gross-out guest list includes tyrants like Zaire’s Mobutu Sese Seko and Romania’s Nicolae Ceausescu. She also invited US president George W Bush over, just six months after his massively unpopular invasion of Iraq in 2003. To make a more direct comparison with Jacob Zuma’s guest appeal, the queen has also played host to King Abdullah of Saudi Arabia, described by the Guardian as “a much-married monarch with at least 22 children”.

But I’m not talking about the dodgy heads of state that Queen Elizabeth II is, frankly, obliged to put up with when the foreign office tells her to; I’m talking about her own embarrassing family. Admittedly, there are no mass murderers in the royal mix, but the poor queen has had to zip her lip and keep her ankles crossed through an era horribilis that has seen her close relatives turning into tabloid fodder, one by one.

Her husband, Prince Philip (aka “Phil the Greek”), is notorious for making off-colour remarks in public. There is even a website dedicated to his “top 10” blunders. These include him teasing a Nigerian Commonwealth official at a state dinner about his ceremonial robes making him “look as if you’re ready for the bed” and telling a group of hearing-impaired teenagers standing near a loud band at a function that he wasn’t surprised they’d “gone deaf”. At least, on that occasion, they couldn’t hear him.

Her eldest son and heir, Prince Charles, was caught out in an intercepted phone call telling his then-mistress, now wife, Camilla Parker Bowles, that he wanted to “live inside her trousers” and come back in his next life as a tampon.

Her daughter-in-law, the late Princess Diana, broke age-old royal protocols by authorising a kiss-and-tell book that rocked the nation with its intimate revelations about the highly strung princess’s love life, her lousy marriage, her depressions and her less-than-warm feelings towards her mother-in-law.

Her other daughter-in-law, Sarah Ferguson, since divorced from Prince Andrew, routinely made a public spectacle of herself, on top of tables and under them, with and without her top on. Her grandson, Prince Harry, once pitched up at a party dressed up as a Nazi.

If the 83-year-old British monarch was going to crack, she’d look like the Elgin marbles by now. She’d be babbling into padded restraints like mad King George III, or cutting her own hair with garden shears and making small talk with her dogs during state banquets. Oh, hang on, I think I read somewhere she already does that.

No, I think we can safely assume that the grand old monarch is by now quite shock-proof – unless she has simply gone deaf.

She’s probably relieved that it’s another family’s turn to be fed to the ravenous Brit tabloids.

Though he’s nowhere near the queen’s endurance track record, President Zuma, too, must be sick to death of his personal life being picked over in the South African media and may have been hoping for a genteel mini-break in Britain. He could be forgiven for dreaming about being served china tea by a fawning royal servant while another whisked his kick ‘n boboza shoes away for a polish before his inspection of the Queen’s Guard with Phil the Greek. Perhaps there would even be time for a pre-banquet romp with Thobeka in the guest suite while taking “We Were Here!” snaps on their cellphones. Such pleasant reveries dissolved the minute the president and his third current wife stepped off the plane.

Not the old Zuma charm, nor Thobeka’s sweet turquoise and pewter suit, 100-watt smile and flippy new hairdo could divert the local media’s gaze from recent presidential peccadillos, polygamy and his trials in and out of court.

And just like that, all the presidency’s careful pre-trip plans to make nationalisation and Zimbabwe top of the agenda fell apart. The visit quickly degenerated into a slanging match between the Brit media’s lower orders and President Zuma himself.

Noisily criticised in the pop press — most nastily by a Daily Mail columnist, who called him a “vile buffoon” and a “sex-obsessed bigot” — Zuma snapped and accused all British people of believing Africans to be “barbaric” and “inferior”.

It’s a pity Zuma took the bait. He tarred all Britons with the same “colonising” brush instead of taking the attack whence it came — one columnist’s opinion in a rowdy, right-leaning paper that could easily have been dismissed as a predictable suspect.

Mouthy? For sure. Rude? Absolutely. Come to think of it, the Daily Mail sounds a bit like Prince Philip. Oh, what I wouldn’t have given to be a fly on the flock wallpaper at the palace on Wednesday night to hear the Duke of Edinburgh let Freud slip.

Somewhere over the runway

Life in Oz is too ruff for us Saffers