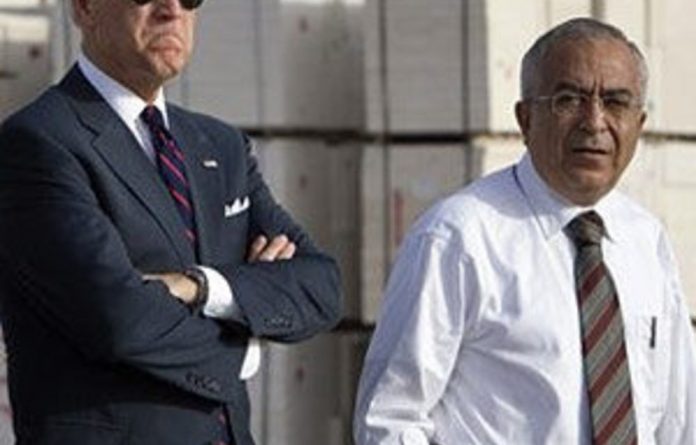 The Palestinians pulled out of a new round of indirect Middle East peace talks on Wednesday night, even before they had begun, as a protest at Israel’s decision to announce approval for hundreds of new homes in a Jewish settlement in east Jerusalem.

The decision to pull out, announced in Cairo by Amr Moussa, head of the Arab League, represents a major setback to months of diplomacy by the United States administration and comes after the US Vice-President, Joe Biden, delivered an unusually strong rebuke to Israel.

Amr Moussa said he had been told by Palestinian President Mahmoud Abbas that even this low-key process of so-called “proximity talks” could not start unless Israel stopped expanding its settlements.

“The Palestinian side is not ready to negotiate under the present circumstances,” Moussa said.

Israeli and Palestinian leaders have not held direct negotiations since Israel’s war in Gaza last year. The White House had won agreement on Monday from the two sides to begin the indirect talks, hoping they would lead to face-to-face meetings.

The Palestinians had insisted there would be no direct talks unless Israel halted all settlement expansion, in line with the demands of the US administration and the roadmap, which remains the framework of peace talks.

Then, on Tuesday, hours after Biden met Israeli leaders, the Israeli Interior Ministry announced approval for 1 600 new apartments in Ramat Shlomo, an ultra-Orthodox Jewish settlement in east Jerusalem. All settlements on occupied land are illegal under international law.

Israel’s opposition Kadima party said it is planning a no-confidence vote in the prime minister in Parliament for “destroying” the Biden visit.

On Wednesday, Biden emerged from talks with Abbas in Ramallah, on the occupied West Bank, and repeated his criticisms of the timing and substance of Israel’s announcement. “It is incumbent on both parties to build an atmosphere of support for negotiations and not to complicate them,” he said.

“The decision by the Israeli government to advance planning for new housing units in east Jerusalem undermines that very trust, the trust that we need right now in order to begin — profitable negotiations.”

Palestinian Prime Minister Salam Fayyad said the Palestinians appreciated “the strong statement of condemnation” by the US administration.

Eli Yishai, Israel’s Interior Minister, apologised for the timing of the announcement, admitting that it had caused Biden “real embarrassment”. — guardian.co.uk

Glitz and good food in the name of peace