Ride of a lifetime 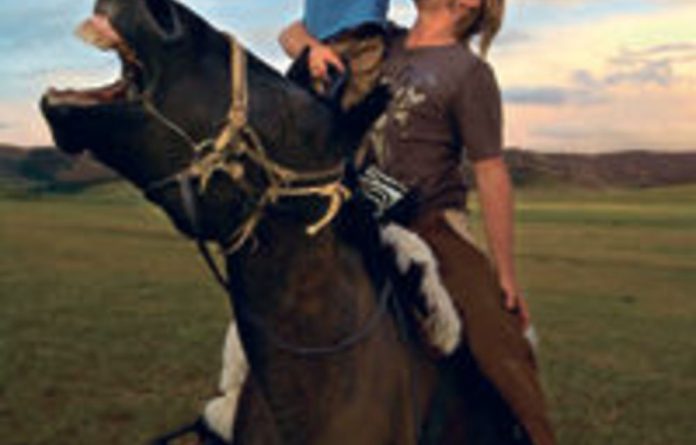 It’s a windswept, freezing January afternoon on a remote beach in Scotland, and I’m watching four horses, each with a child on its back, plodding across the pebbles.

Eight-year-old Rowan Isaacson is standing beside me on the beach. Like the other children, he is autistic: unlike them, he can carry on a conversation, speaks clearly and is toilet-trained — but only since 2007.

Rowan’s father, Rupert, says his extraordinary ‘recovery” from some of the most difficult aspects of autism came about through his love of horses — a love affair that culminated in a month-long, adventure packed trip to Mongolia. It’s a compelling tale of the lengths to which one couple are prepared to go to make their child better.

Not surprisingly, the phenomenon of a little boy with autism, whose symptoms melted away once he climbed on to a horse, delighted the media — and the resulting book, The Horse Boy, made it on to the New York Times bestseller list.

There are now plans for a feature film. But does their experience have anything to offer other families?

Rupert and Rowan are trying to prove it does. They are over in Britain from their home in Texas to run what they are calling a ‘horse boy camp” for other families who, like them, live with autism every day.

In 2004 Rupert, who has worked as a horse trainer, first thought the animals might hold an answer to Rowan’s condition.

Father and son were walking near their home in Texas when Rowan ran off and darted through a fence into a field of horses, throwing himself right in front of a large and grumpy-looking mare. The horse could have trampled him to death.

Instead, as the little boy chuckled up at her, the horse dipped its head in a sign of equine submission. ‘What I realised,” he says, ‘was that my son had a kind of direct line to the horse. He was on a wavelength with her in a way that most human beings aren’t on a wavelength with animals.”

Rupert decided to saddle the mare, Betsy, and asked his son whether he wanted to get up. ‘I wasn’t expecting a response: but for the first time ever, he gave me an answer to a question.
‘Up,’ he said. And off we went.”

Before long, Rupert was spending every minute on Betsy’s back, holding a now speaking Rowan in front of him in the saddle. The progress was palpable, but complex: Rowan was still unable to say yes or no, but could now put together his first sentence: ‘Want go ride Betsy.”

With each glimpse of improvement, Rupert and Kristin longed for a major breakthrough. ‘Not a cure,” says Rupert, ‘because with autism there is no cure — but a healing.”

Not long before, Rupert — a travel writer — had attended a gathering of traditional healers, tribal herbalists and shamans in California, and had taken Kristin and Rowan along.

Some of the healers laid their hands on Rowan, and the couple had noticed an improvement in their son’s speech and behaviour afterwards. That experience, combined with the horseriding advances, led Rupert to the extraordinary idea of taking his wife and son to Outer Mongolia, which some claim is the original home of the horse.

The family spent a month in Mongolia in 2007, riding across the steppe towards a sacred lake, then on to see the country’s most renowned shaman, an old man called Ghoste who lives in a tepee.

The Mongolian trip brought plenty of what his parents see as genuine breakthroughs for Rowan. He made his first real friend (a six-year-old boy called Tomoo), learned to talk in sentences and, by the time they came home, he was at last toilet-trained and had stopped throwing the wild temper tantrums that had been a feature of family life up to a dozen times a day.

‘It was amazing,” says Rupert. ‘We had returned home with a completely different child.” It sounds too good to be true: but should we be sceptical about the Isaacsons, especially with Hollywood beckoning and the sound of the publisher’s till ringing in their ears?

Simon Baron-Cohen, professor of developmental psychopathology at Cambridge University and Britain’s foremost autism specialist, has agreed to differ with Rupert Isaacson on the reasons behind the rise in cases of autism (Baron-Cohen thinks it’s the result of increased diagnosis, whereas the Isaacsons believe it’s more likely to be linked to environmental pollution), but agreed on one thing, which is that autism may be more about personality than a pathological problem.

Other experts are voicing concerns. Paul Offit, of the Children’s Hospital of Philadelphia, author of Autism’s False Prophets, has said anecdotal examples of recovery such as The Horse Boy could give parents ‘false hope”.

Rupert’s contention is that what horses have to offer is to do with the repetitive, rhythmic pattern of horse riding, which seems to open up the learning receptors in the brain. Another element of the camp is to recreate in microcosm the journey the Isaacsons made in Mongolia.

‘One of the most important things, apart from the riding and the shamans, was being close to nature,” says Rupert.

‘And that’s hugely important because man-made environments are much harder places to be for autistic people. Fluorescent strip lighting is a problem for them, and so is machine noise.”

Perhaps his most important message, and one certainly embraced eagerly by the other parents at the camp, is the idea that people with autism aren’t just people with problems but people with gifts and talents who can challenge the ‘normal” way of doing things in a positive way.

‘Is autism a tragedy or is it a different skills set?” asks Rupert. ‘Should we be trying to turn autistic children into ‘normal’ kids, or should we be doing something different, which is teaching the survival skills to swim in our culture?”

The most important thing he’s saying, and the thing the other parents on the camp seem to value most about him, is to believe in your kids.

Believe that there’s a way forward and you will find it, and don’t assume that autism has to be the end of everything. For the Isaacsons, after all, it has been the start of a new, exciting way of life. —

Too young to be a woman

A silence born of fear

Is veganism safe for children?