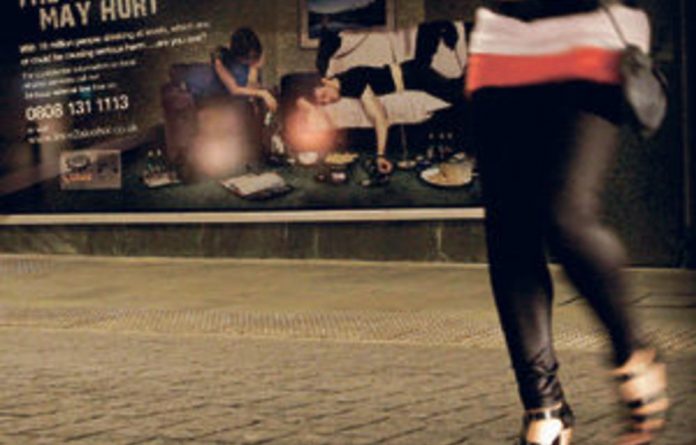 Alcoholism is a disease. It leaves victims powerless and needing to stay in permanent recovery if they are serious about stopping the demon drink from inflicting further damage.

Given that most people can’t afford a stay in rehab, the best way for chronic drinkers to tackle their addiction, so the theory goes, is to go to Alcoholics Anonymous, seek the help of a higher power with their struggle, begin using the 12 steps and be ready to attend meetings for the rest of their lives.

Not so, says Joe Gerstein, a retired professor of clinical medicine in the US. ‘A myth has grown up that you can’t get over a substance addiction without AA,” he says. ‘It’s a widely held belief, but it’s a myth.”

For years, he admits, he bought into the myth and referred patients with alcohol problems to AA, with varying degrees of success.

‘I would see people in my office during the day who had big, swollen bellies from liver cirrhosis and tell them about how serious their problem was, and then I’d see them again at 7pm coming out of the liquor store carrying a bag that didn’t contain doughnuts,” he says.

Although he describes AA as ‘an absolutely remarkable programme”, given that millions have found it useful in the past 75 years, he also calls it ‘ethically wrong, medically wrong and psychologically wrong”.

Gerstein is the founding president of Smart Recovery, an alternative to AA that is catching on in the United States — where it began in 1994 — and worldwide.

He was the main speaker at a conference in London this week, organised by charity Alcohol Concern and funded by the UK’s department of health, that was designed to promote ‘Smart Recovery: Self-Management and Recovery Training”, to give it its full title, as another way to help England’s 1.1-million problem drinkers.

The health department, keen to expand the number of options for treating the scourge of alcohol, is funding a R1.2-million two-year trial of Smart Recovery, which currently has a low profile and is the David to AA’s Goliath.

In London, for example, up to 300 different AA groups meet regularly. But there are just 20 or so Smart ones in all of England — even Gerstein is unsure exactly how many — and about the same number in Scotland.

Yet, it is attracting attention from experts in the field. Alcohol Concern’s director of policy and communications, Nicolay Sorensen, says: ‘AA is huge and people wouldn’t go if it didn’t work.

Smart Recovery at the moment is the only alternative. It’s got momentum, it’s got a good evidence base and it’s growing in popularity.”

Similarly, Addaction, the UK’s largest drug and alcohol treatment charity, is setting up an alcohol recovery service for over-50s in Glasgow, funded by brewers Heineken and using Smart Recovery.

Smart is based on cognitive behavioural therapy (CBT) and especially an element of it called rational emotive behaviour therapy (REBT).

Smart is used in Australia, Uzbekistan and beyond. Its handbook has been translated into Russian, Farsi and Mandarin, among other languages.

Both programmes are used in prisons, seek abstinence from participants and are free — although they rely on donations from those attending their groups. But, crucially, Smart is sciencebased and secular, whereas AA has heavy religious associations.

Many of the people attending the 370 Smart groups across the US have tried AA and been put off by its insistence that members undergo a spiritual awakening, Gerstein says. For him, though, the key difference is that Smart is a positive philosophy.

‘We believe that addiction is a very human condition that can be corrected and that it’s the people themselves who do that through natural recovery,” he says.

‘We don’t think people are hopelessly taken over by addiction. Other people use books, medicines, help from family or professionals, whatever works for them. But with Smart Recovery, people do it on their own. The belief that human beings have the capacity within themselves to overcome even severe addictions and go on to lead a meaningful life is vital.”

Where AA has i ts Big Book, Smart has four key points and a ‘toolbox” — a set of ways in which problem drinkers can change their behaviour.

If someone is feeling stressed at the end of their working day, they may choose to use the ABC tool, for instance. That is: A for the Activating Event, the walking out of work; B for the Belief, that the person needs a drink now to relax; and C for Consequences, that someone ends up drinking because of their stress.

Smart teaches participants ways to disrupt this irrational belief system by helping them understand why they act as they do — damaging their lives and relationships in the process — and then to challenge that thinking. CBT is also the basis of the ‘talking therapies” programme that the health department has been rolling out in recent years to help people ranging from long-term benefit claimants wanting to resume working to couples whose relationships are in peril.

Gerstein points out: ‘At Smart Recovery meetings we don’t pray, do the Lord’s prayer or sing Kumbaya. We don’t depend on higher powers to help and we don’t expect people to come forever. They come, recover and get on with their life.” —

Drunks make themselves at home

Ravages of alcohol can be countered