Island of the day before 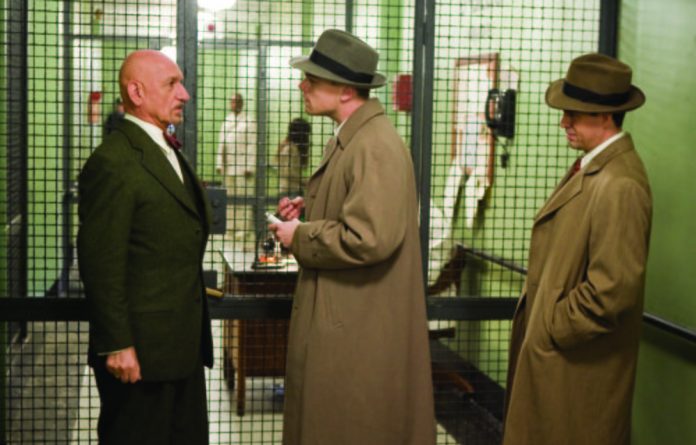 Graham Greene used to divide his works of fiction into “novels” and “entertainments”, thereby noting a difference of emphasis: “novels” had big themes that were close to his heart (usually to do with God, Catholicism and politics), but “entertainments” simply aimed to entertain.

Similarly, Anthony Burgess, considering the fiction of others, often divided works into “Oeuvre A” and “Oeuvre B”, along lines akin to those of Green’s division: Oeuvre A works were more serious, thematically at least, more central to that author’s concerns, whereas Oeuvre B works were appendages, formal exercises and attempts to offer relatively uncomplex entertainment.

Perhaps that’s not always a fair assessment of an author’s oeuvre, or, by extension, that of a filmmaker, musician or visual artist. Some works may hover on the boundary between such categories; some may be reassigned by future critics as the artist’s concerns are seen differently over time. A minor work can become a major work in retrospect. Beethoven’s late works were deemed incoherent, probably unfinished and certainly unperformable in the years immediately after his death, but now are seen as key works in his still-developing oeuvre, a final push into the future.

Then again, such canonic shufflings (and the critical justifications thereof) are part of the business of appreciating any oeuvre. It’s not very interesting if we all agree and there’s no argument. It’s certainly tempting to apply such categories to the work of Martin Scorsese, a giant of the American cinema and now well into a long career that has produced, obviously, the major films he’s famous for (Mean Streets, Taxi Driver, Raging Bull …) as well as works one might designate part of his Oeuvre B — After Hours, Cape Fear, and now Shutter Island.

Not that that designation makes Shutter Island any less of a good film. Scorsese is such a master that he could probably make a brilliant movie out of almost any material. And, as a recent Vanity Fair article reminded us, he wasn’t always entirely clear about what kind of work would most inspire his talents — Raging Bull, one of the greatest American films ever, took a long time to become a Scorsese project.

Robert DeNiro pushed it at Scorsese repeatedly, even haunting his bedside when Scorsese was in hospital, and Scorsese resisted for a fair amount of time. He obviously didn’t feel, when first presented with this tale of a second-rate boxer’s life, that it would draw on his deepest concerns, feelings and aesthetic resources to end up as probably his finest work.

Shutter Island is based on a novel by Dennis Lehane, and it’s a dark, twisty, tightly structured thriller set on an island off the American east coast that is the location for a high-security mental asylum for the criminally insane. The period is the early 1950s, not so long after the key period of film noir, with all its obsessions to do with sexuality, death, betrayal and so on. It’s not hard to imagine that Scorsese had at least some of the noir feeling in mind when he chose to make a movie of Lehane’s book.

The protagonist, at least, feels as though he’s stepped out of (or is stepping into) a noir movie. US Marshal Teddy Daniels (Leonardo DiCaprio) is still haunted by his experience of the horrors of the Nazi death camps during World War II. When we first see him he is on his way to Shutter Island to investigate the mysterious disappearance of a patient there. On the island, Daniels and his partner will meet shady-seeming psychiatrists such as the almost preternaturally calm Dr Naehring, embodied by Max von Sydow (a game of chess with death is doubtless very calming), and Dr Cawley, played with sinister solicitousness by Ben Kingsley.

This is DiCaprio’s fourth lead in a row in a Scorsese movie, movies that are surely among his best work. Scorsese knows how to use DiCaprio for the fading babyishness of his looks, the slight weathering that is creeping over them, and the aura of naivety that still clings somehow to his face. He knows how to make Di Caprio’s frown look thoughtful and not just truculent. (I thought Di-Caprio perfect in Scorsese’s Howard Hughes biopic, The Aviator, though it has to be added that not everyone agreed — either about DiCaprio’s good work or the general excellence of the film. Is it an Oeuvre A or an Oeuvre B work?)

As Daniels and his partner (Mark Ruffalo) start investigating the patient’s disappearance, not only do things get more puzzling with each interview, they also find themselves trapped on the island by a great storm. Of course that means the atmosphere gets more threatening. Scorsese ratchets up the suspense with each frame, and Shutter Island becomes ever scarier as it moves towards its climax.

It may be an Oeuvre B work like the absurdist comedy After Hours, or Cape Fear, Scorsese’s remake of the 1962 thriller, but Shutter Island certainly displays all Scorsese’s magnificent skill as a filmmaker. Not only does its narrative work with the efficiency of a well-oiled machine, it also looks great in a classic Hollywood way — with a bit of a visual spin to emphasise the humid atmospherics. The frame is richly filled and coloured, the camera moving in precisely the right ways to communicate with the audience without becoming intrusive.

Shutter Island is almost insanely gripping; it drags you into a space in which sanity is not necessarily in charge and holds you there for as long as it takes. You may emerge feeling a little mentally unbalanced yourself. I know I did.