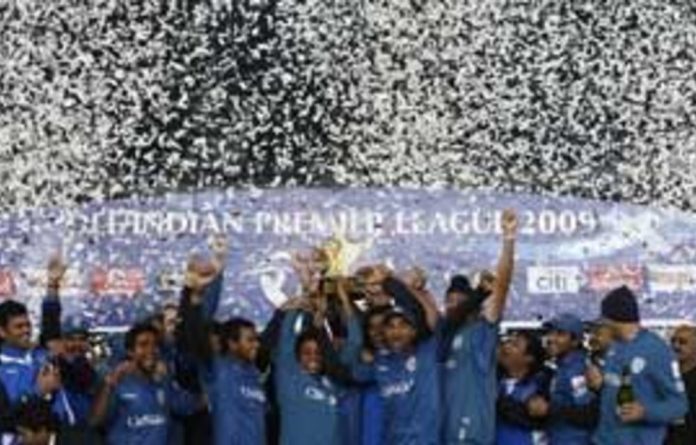 The Indian Premier League (IPL) has attracted its fair share of controversy, largely because of the extravagance it has brought to the gentleman’s game of cricket. Critics would have loved to see the tournament aborted after one season.

Sadly for them the glitz and glamour seem to have settled permanently on the IPL. The league enters its third year this weekend, when play resumes, with most of the world’s best players strutting their stuff to millions of Indian fans, suggesting that it is here to stay.

In fact, the tournament is growing bigger and next year will see two franchises added to bring the number to 10. The new additions have been tendered for by companies that have $10-million to put down as a deposit with their bids.

If you think this is obscene in the light of economic hardships that have swept the world, think again — controversial IPL commissioner Lalit Modi had initially asked for bids from companies that had more than $1-billion in their bank accounts and had set the down payment at $100-million before the revision. The new franchises will be unveiled on March 21.

Local critics will be grateful that the IPL is not in South Africa this year but back in India. But some South Africans will suffer withdrawal symptoms and be envious when they see the players walking out into Indian stadiums. They will have to be consoled by seeing their home-grown players on their screens.

Fifteen South Africans are spread among the eight franchises, with the Royal Challengers Bangalore accounting for five, led by Mark Boucher, Jacques Kallis and Dale Steyn. The Challengers lived up to their name last year — they reached the final and became known as South Africa’s franchise.

They face stiff competition for the affections of South Africans from the Mumbai Indians, who have two of our favourite sons, Shaun Pollock and Jonty Rhodes, on their coaching staff. The sole South African player on their books is JP Duminy. Many will be hoping the IPL will afford the superstar of the Australian tour the opportunity to find some form. Duminy was the third-highest run scorer in last year’s competition and the second-best South African with the bat.

AB de Villiers scored one of the two hundreds at last year’s IPL and helped the Delhi Daredevils to the top of the table, heading into the semifinals. This year he is joined by compatriot Wayne Parnell, who was bought for a whopping R4,5-million by the franchise. The success of left-arm seamers at last year’s competition (RP Singh and Ashish Nehra) explains Parnell’s hefty price tag. He is the most expensive of all the South African players.

Another swinging southpaw who will be under close watch is Yusuf Abdulla. The beefy, Durban-based bowler made a name for himself when he was catapulted to the top of the bowling rankings midway through last year’s competition. He is the only South African in the Kings XI Punjab squad. Veteran Herschelle Gibbs flies the rainbow nation flag alone at the Deccan Chargers, a team that went from the bottom of the 2008 log to lift the trophy the following year.

Gibbs is not the only South African to have represented a winning franchise though. Proteas captain Graeme Smith and Morne Morkel play for the Rajasthan Royals, who won the inaugural event in 2008. Although both Smith and Morkel have been in sizzling form this summer another pair of South African players who will turn out for the Chennai Super Kings will be hoping to use the IPL to revive their careers. Makhaya Ntini and Albie Morkel will have a point to prove about their value to a team — the former was dropped from the South African side against England and the latter has shown only glimpses of his powerful all-round ability recently.

The last South African in the competition has seen his career revitalised with a contract from CSA at the ripe old-age of 35. Charl Langeveldt spent most of the 2009 season on the bench for the Kolkata Knight Riders (KKR). Bollywood hero Shah Rukh Khan’s team have now suffered two seasons as the joke of the IPL and will be desperate to change that. To show their seriousness KKR have ditched their blingy gold and black outfits and will wear a purple kit for this year’s competition. They also paid a “silent tiebreaker amount” (of more than R5,5-million) at the auction for New Zealand fast bowler Shane Bond.

An undisclosed amount exceeding the franchises’ allotted purse of R5,5-million was also paid for the West Indies’ Kieron Pollard, who is the property of the Mumbai Indians. The big all-rounder has turned into a freelance T-20 over specialist after he signed for a team in the Australian domestic league, the English local league and the IPL.

Once again, excessive amounts of money will dominate the third edition of the IPL, which will have even more gimmicks than usual. But South African players who have been left out won’t be alone in missing out on the glitz and glamour. England picked up only one bid for a player — Eoin Morgan, who is in fact, Irish — while the Pakistani players were snubbed completely.