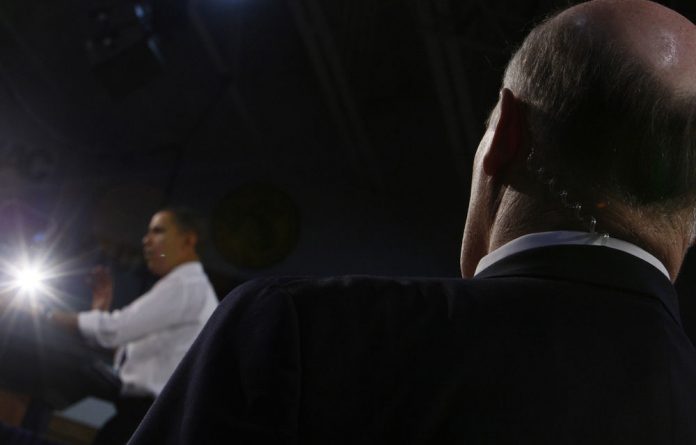 Forget al-Qaeda. The Southern Poverty Law Center, one of the most respected monitoring groups of right-wing extremism in the United States, has identified 75 domestic terrorism events — from plans to bomb government buildings to attempts to kill judges and politicians — since the Oklahoma City bomb in 1995.

In a recent report the centre shows that each incident aimed to change the political face of the US through violence, courtesy of groups such as the Aryan People’s Republic, The New Order and The Hated.

In the summer of 2008 the chronology changes — entries running at one or two a year start coming faster. And one name crops up repeatedly: Barack Obama.

The first such entry is for June 8 2008, when six people linked to a militia in rural Pennsylvania are arrested with stockpiles of assault rifles and homemade bombs. One allegedly says that he intended to shoot black people from a rooftop and predicts civil war should Obama, who five days previously had cleared the Democratic nomination for president, be elected.

Next entry: August 24 2008. The day before the Democratic convention in Denver where Obama was nominated, three white supremacists are arrested with high-powered rifles and camouflage clothing. They are talking about assassinating Obama.

October 24 2008: Shortly before the election, two white supremacists are arrested in Tennessee over a bizarre plan to kill more than 100 black people, including Obama.

January 21 2009: The day after Obama’s inauguration, a white man is arrested in Massachusetts after allegedly killing two black immigrants. He says he is “fighting for a dying race”.

In the 13 months of Obama’s presidency he has been the subject of an extraordinary outpouring of emotion from Americans: initially adulation, then a cacophony of criticism from tea-party activists, birthers, global-warming deniers and viewers of Fox News.

At the same time, largely hidden from view, there has been a layer of antagonism towards him that lies well beyond reasonable political debate.

That has long been a fact of life for Obama and his family. He was assigned a secret service detail 18 months before election day — much earlier than any other presidential candidate in American history.

A senior state department official said that Obama had to win his wife Michelle over to the idea of his running for the presidency by assuaging her fears about a potential attack on them or their two daughters.

She would have known that former secretary of state Colin Powell declined to run for the 1996 Republican nomination partly because his wife, Alma, feared his assassination by white supremacists. During the long presidential race, Michelle spoke openly about her anxieties, telling 60 Minutes that she had decided to fling herself into the race because “I am tired of being afraid”.

The law centre survey shows that the safety of the 44th president remains a fraught issue. “Virtually every domestic terrorist event we have identified since June 2008 – when it became obvious that Obama was going to win — has been directly related to him,” says the author, Mark Potok.

The burden of such a threat falls primarily on the shoulders of the US secret service.

Joseph Petro, the head of global security for Citigroup, says the challenges facing the service today are unprecedented. On top of all the usual risks associated with guarding the world’s most powerful politician, there is now the added ingredient of his race. “As the first black president he creates a whole other set of issues for the secret service to deal with,” he says.

Petro spent 23 years as a special agent in the service, four of them, from 1982 to 1986, as the man who stood beside ex-president Ronald Reagan. He knows what it’s like to be the last line of protection; to be in a milling crowd surrounded by thousands of potential assailants; to live with the constant knowledge that a split-second mistake could be fatal.

Petro has a formula for measuring the potential dangers: take the general atmosphere of the times with the specific personality that the president brings to the job. In both regards, he says, Obama presents a huge task.

“In Obama we have a president with a very unique personality who likes to be out with the people. Put that together with the highly partisan and vitriolic political atmosphere of these times, then include race, and we’ve got a big challenge. There’s no margin for error.”

Petro’s point is illustrated by the most disastrous failure in the secret service’s history, which every incoming trainee agent spends hours ­studying.

By modern security standards, the shooting of John F Kennedy in Dallas on November 22 1963 should never have happened. The parade route Kennedy took was publicised in advance — a cardinal sin by today’s rule book. Lee Harvey Oswald had a relatively easy line of fire from the sixth floor of the Texas School Book Depository, which would now have been swept and sealed off.

But it was Kennedy who asked for the glass bubble to be taken off his limousine and for agents not to ride on the back of the car, leaving himself utterly exposed.

As Kennedy proved, a president can be only as safe as he allows himself to be. Agents can advise, not order. “We’d like to take the president to Camp David straight after the inauguration and keep him there out of contact with the public for the next four years. But that’s not possible,” Petro says.

During his campaign, Obama regularly mingled with astonishingly large crowds. But since his inauguration he has clearly responded to the guidance of his agents, detaching himself considerably from direct public engagement. For a president who promised to break down barriers between politicians and people, it is noticeable how sparingly he is seen in public these days, and how the events he does appear at are almost invariably indoors.

Over the years the secret service has developed technological devices for improving security. Petro recalls asking Reagan on several occasions to wear a bullet-proof vest. (Reagan would grumble but usually comply.)

A whole new array of gadgetry has been added to the service’s armoury, from face-recognition technology to a new generation of armoured vehicles. Obama rides in a Cadillac with military-grade 20cm thick doors; on election night in November 2008 he gave his victory speech to a crowd of almost a quarter of a million people from behind bulletproof glass walls designed to foil sniper attacks.

Being president of the US is a high-risk enterprise — five presidents have been assassinated. International terrorism, particularly of the Islamist variety, poses a threat, but experts point out that the closest al-Qaeda has come to a direct attack on the president was 9/11. In the overall assessment of risk to Obama, attention is settling on right-wing extremist groups already operating inside the US.

The law centre has been tracking potentially violent militia groups since the 1990s when the “Patriot Movement” ballooned because of rising right-wing anger at Bill Clinton and fears of impending gun control. That wave culminated in the Oklahoma bombing in which 168 died and 680 were injured.

The centre’s latest report, released last week, records an astonishing mushrooming in right-wing extremist groups — which see the Obama administration as a plot to impose “one-world government” on liberty-loving Americans – from 149 in 2008 to 512 last year. Of these, 127 were classed paramilitary.

“There has been a spike in activity — particularly with regard to the notion that this government is illegitimate,” says Brian Levin, a criminologist at the Center for the Study of Hate and Extremism at California State University. Levin says the phenomenon is evident in rural areas around the Appalachian Mountains and Great Lakes and into the west and Pacific northwest, where new armed militia are spontaneously emerging.

Chip Berlet, an analyst at the Massachusetts-based group Political Research Associates, estimates that there have been nine murders by individuals with white supremacist, xenophobic or anti-Semitic leanings since Obama’s inauguration. He sees parallels with the militia agitation of the 1990s.

“Anger is spilling over from people who believe Obama is coming to remove their liberties, seize their guns, enslave the white American nation. What’s new is that they can now recruit and communicate online and that makes it very much more dangerous.”

Human rights activist Travis McAdam has been tracking right-wing extremism in the rural state of Montana for two decades. “The hatred that’s there is very real. It’s more than a gut-level hatred of having an African-American as president, it’s also ideological – these people see black people as sub-human. Groups are popping up that have a new message and are using Obama to recruit new members.”

Closed white supremacist internet forums have been abuzz with anti-Obama rhetoric since the presidential election. In one such talkboard, monitored by a watchdog group, a correspondent writes: “I never thought I’d ever see the day when a monkey ran my country & I’m 34. I weep for our children.”

For McAdam, the crucial question is separating individuals and groups who may be repulsive in their rhetoric but are essentially harmless from those with violent potential. He uses the analogy of a funnel, at the top of which are many people drawn to right-wing radicalism for many reasons – gun rights, taxation, Obama-as-alien …

“As they dig into the subject, going down into the funnel, they start to lose connection with the social networks around them that keep them tied to normality. Down, down they go, and eventually at the other end of the funnel emerges the Oklahoma bomber, Timothy McVeigh, who says: ‘Our country is under attack, I must do something’.” —

As the crisis continues to unfold, the biggest threat may be the vested interest in maintaining the civil war Therefore, with no end in sight to the conflict plaguing the nation, the question worth asking is: who benefits from a Yemen at war?
Read more
Advertising
Continue to the category
Africa