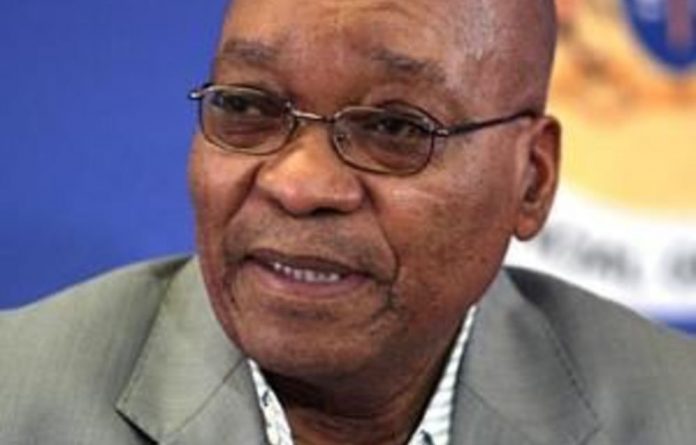 President Jacob Zuma has requested a report from the South African Police Service on an incident between his protection unit and an Eyewitness News reporter, his office said on Wednesday.

Earlier, it was reported that 702 Eyewitness News reporter Tshepo Lesole was grabbed by bodyguards and forced to delete pictures he had taken while Zuma was visiting the Chris Hani Baragwanath Hospital on Tuesday.

“The Presidency recognises the need for the media to be able to freely and effectively cover the president’s activities.

“They should be able to exercise their constitutional rights unhindered,” Zuma’s spokesperson, Vincent Magwenya, said in a statement.

“The Presidency also recognises that the PPU [presidential protection unit] has a responsibility to guarantee the president’s safety at all times, and to take all reasonable and necessary measures to ensure his security is not compromised.”

‘Apartheid-era thuggery’
Magwenya said Zuma’s protection was the responsibility of the SAPS, and the Presidency played “no direct role in this function”.

He said the Presidency was discussing a proposal for a workshop between the presidential protection unit and the media with the SAPS.

The Professional Journalists’ Association (PJA) on Wednesday said the actions of Zuma’s bodyguards, in forcing a journalist to delete pictures of the presidential cavalcade, harked back to apartheid-era “thuggery and censorship”.

That he was detained for doing so, and forced to delete the images, harks back to apartheid-era thuggery and censorship,” said the newly formed PJA.

In another incident, Mail & Guardian journalists were briefly detained outside Zuma’s house on Wednesday

“If the detention of M&G journalists outside President Zuma’s house was an isolated incident, we might be prepared to chalk it up to an inexperienced police officer simply being overzealous,” said M&G editor Nic Dawes, “but unfortunately this kind of conduct is now becoming common, and it is clearly designed to intimidate journalists who are simply working to do their constitutionally mandated duty”.

“The message appears to be coming from senior officials that so-called security concerns justify riding roughshod over basic rights. We will be raising this issue vigorously through Sanef, as well as with the Presidency, and the police.”

‘Zuma must rein in his bullies’
Democratic Alliance leader Helen Zille, meanwhile, has asked President Jacob Zuma for an urgent meeting to discuss the issue of so-called “blue-light bullies”.

She called on Zuma to “rein in his bullies”.

Last month, when University of Cape Town student Chumani Maxwele was arrested at gunpoint and detained for gesturing at Zuma’s convoy, the Presidency said the incident had nothing to with it.

It said it was a matter to be taken up with the VIP protection services.

“President Zuma cannot hide behind this excuse again. He, and no one else, is accountable for the behaviour of his bodyguards,” Zille said.

He should acknowledge what had happened, take responsibility for it and do something about it.

Zille said she has written to Zuma requesting an urgent meeting to discuss the matter.