Days that shook the world 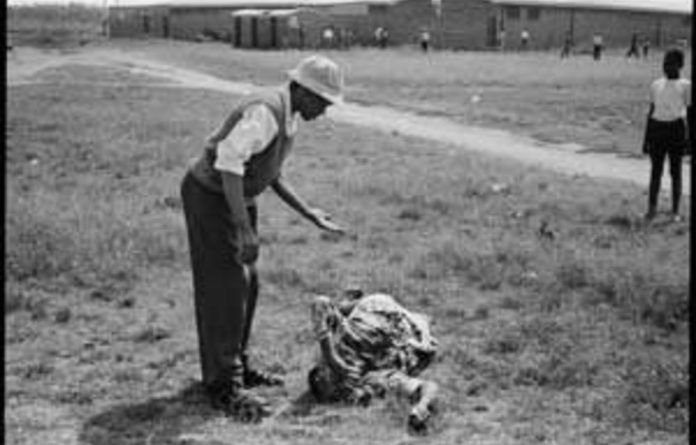 On Sunday night March 20 1960, Johannesburg was remarkably peaceful considering that a revolution was planned for the following morning.

Drum magazine knew about it. Benson Dyantji was our political reporter. He told me: “These Pan Africanist Congress [PAC] guys mean business”. He was impressed: “They’ve even got a flag.” It was a big, billowing affair that they waved at meetings.

A few evenings before Sharpeville, Benson and I went to a little house in a remote corner of Soweto. There were only a few houses among the fields. There were even some cows. The road was bumpy. We lurched along in our office Volkswagen until Benson said, “here we are”, and stopped, pulling up the handbrake. The lever came off in his hand. He put it under the seat.

Potlako Leballo, the deputy leader of the PAC, came to meet us. He apologised for the long grass in his garden. He said he didn’t have time to cut it. “It’s a political garden.” He puffed on his pipe and laughed.

The little living room was full of people, almost all serious young men. One man had spectacles with huge black frames. There were patches on the elbows of his coat. He was going to London. He was the PAC’s foreign minister.

Leballo boasted: “In three weeks we are going to be in Pretoria, man, sitting in the chairs of government.” He was waving his arms like crazy and puffing his pipe like a steam locomotive. Incongruously, Mrs Leballo walked in bearing a tray of tea and biscuits delicately arranged on a doily.

The PAC leader, Robert Mangaliso Sobukwe, was there. He exuded authority. We talked briefly, then he excused himself to speak to some of his men privately. He told me: “You know how it is with a revolution.”

Leballo was gloating about how many people had joined the PAC from the ANC. A whole ANC branch from Port Elizabeth had come over. Leballo roared with laughter: “They even brought their ANC kombi with them!”

A day later I bumped into an editor from one of the big Johannesburg dailies and asked him if he had heard what the Africanists were planning. Yes, he said, “but we aren’t writing anything about them; we don’t want to give them any publicity”. So white Johannesburg could sleep easy.

The date was set for Monday March 21. Some cynics said Monday was chosen because quite a few men stayed away from work on Mondays anyway, because of hangovers.

The plan was that African men would walk peacefully to the nearest police station and hand in their pass books, the hated dompas they had to carry at all times, or be arrested. They would not resist arrest. They would not carry pass books again. Then they would go home. If enough men did this, it would stop the country in its tracks. The government would be forced to negotiate — even resign. Still, on that Sunday night, it seemed unlikely that the country would be turned on its head within days. But it was.

The demonstrators at Sharpeville were cut down on March 21 by bullets. Then there were strikes, mass demonstrations and riots around the country.

People burned their pass books on bonfires. The PAC and ANC and all public meetings of all races were banned, but it didn’t help. On March 26 the pass laws were (temporarily) suspended in an attempt to ease tensions. On March30 the government declared a state of emergency. The Citizen Force and the commandos were mobilised.

On April 9 a deranged white farmer shot the prime minister, Hendrik Verwoerd, in the head and chest in a packed stand at the Union Exposition in Johannesburg. Verwoerd lived but the whole country was shaken.

Two publications were suspended and the editor of a third quickly left the country. The editor of Contact, which had published my report of the Sharpeville shootings, was arrested. The Anglican Bishop of Johannesburg, Ambrose Reeves, fled to Swaziland and phoned me to suggest I get out as well.

Ian Berry, the photographer, and I had gone to Sharpeville on March 21 by accident. Somebody phoned us at Drum and said there was “trouble, even shooting” near Vereeniging, south of Johannesburg. We borrowed the editor, Tom Hopkinson’s, car. It was fortuitous but we realised as we drove away that it was similar to those used regularly by the Special Branch police.

Near Vereeniging, we saw three Saracens, cumbersome armoured vehicles, beside the road. We stopped. There were policemen in the field nearby with guns. There was some shooting.

I walked up to the Saracens to find out what was going on and a police officer shouted at me to “get out! get out!” Suddenly the radio inside the Saracen erupted in voluble Afrikaans. I could make out “Onmiddelik! Onmiddelik!” (“Immediately! Immediately!) The officer scrambled into the Saracen, the men in the field jumped in as well, and they lumbered off.

We followed them into Sharpeville the back way. Children waved at the Saracens and some policemen waved back. We waved too. The policeman looking out of the turret of the Saracen in front of us thought we were cops and pointed the way.

The Saracens drove to the main entrance to the township, which was blocked by police who stopped all entry to the township. Then they veered back, headed for the police station. We followed them. This time the hatches were battened down. There was no more waving.

There was a huge crowd at the police station. The Saracens went through the gate; we stayed outside, in the crowd. Berry climbed out to see what he could see. A burly white sergeant poked his head through the car window waving a gun. He was armed to the teeth. He screamed at me to get out of the township. “Where’s your permit?” He was sweating. Fortunately something else caught his attention and he moved off.

Berry came back and we edged round to the far side of the police station where there were fewer people. Everybody seemed calm — even cheerful — except the police. Child­ren milled around, people were chatting. By around midday I thought nothing was going to happen and suggested we go, but Berry said “hang on”. Then there was a sudden uproar, women shouting. The shooting started without warning. Berry said “this is it” and threw himself down on the grass, taking pictures as the first people ran past.

He shouted to me to get out of the car and lie on the ground, but I was mesmerised. People were running wildly. Children were jumping over the grass stalks like rabbits, some of them holding up the back of their shirt or coat collars against their heads — to protect themselves from bullets, I suppose.

A young man and his girl trotted past. The young woman suddenly fell. The man went back. The woman was lying face down. The man tried to help her up. He turned her over. He looked at his hand, there was blood on it. The woman’s chest was shot out. He said: “My God, she’s gone!”

A policeman on top of one of the Saracens was firing a machine gun of some kind, moving it slowly from side to side, like panning a movie camera. He was shooting as many people as he could. Gradually the shooting petered out.

It turned out later that a police officer was beating the barrels of the guns that policemen were firing, trying to stop them.

Berry climbed into the car and said we’d better go. I drove circumspectly over the grass stubble until Berry said, “look back, do you see what’s coming?”

It was a Saracen bucketing after us. I hit the gas.

Behind us in the field were dead people, shoes, parcels, bicycles. Many were sitting dazed in the dry grass. Sixty-nine people had been shot dead and 178 injured. Most were shot in the back. We got out of Sharpeville and stopped at a small store to phone the office.

The woman behind the counter was annoyed by the disruption in the town. No blacks were working; white men were manning the petrol pumps and delivering goods.

She said: “They should shoot all these kaffirs dead, then they’ll all come back to work tomorrow.”

Later, one academic wrote a thesis about Sharpeville postulating that the massacre could have been avoided if the police had better equipment to disperse the crowd and better training. But he missed the point — it wasn’t a matter of equipment, it was mindset.

It was like suggesting that the French cops at the Bastille could have avoided the French Revolution if they had been equipped with tear gas and talked nicely.

If the boil had not burst at Sharpeville, it would have burst somewhere else. The whole country was simmering. The evidence is the countrywide unrest that followed the massacre.

Sharpeville was part of the progress towards majority rule that began at Kliptown in June 1955 when black South Africans — and their allies — ratified the Freedom Charter and postulated equal rights for all.

The widespread repression after Sharpeville could not eliminate black anger and impatience.

It erupted again in 1976 in Johannes­burg when schoolchildren revolted, and there was no peace until President FW de Klerk finally abandoned white domination, let Nelson Mandela out of jail in 1990, and unbanned the PAC and ANC. These four dates, 1955, 1960, 1976 and 1990, are milestones in South African history.

The flipside of human rights is responsibilities